Always a master thief, in recent years Dylan has become a collage artist as well. 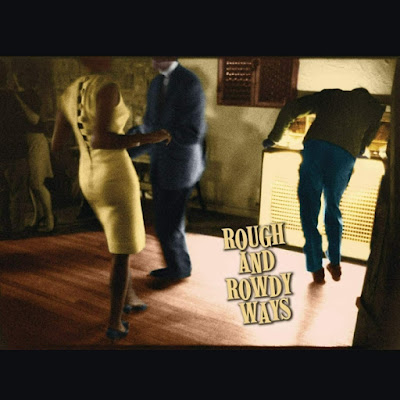 There was a time when music writers put more effort into analyzing Bob Dylan’s music than he put into recording it. This is not a criticism: Dylan’s habitually slapdash execution enriches his vision. The peculiar cognitive dissonance that arises from his potent conflation of ambitious and casual modes has enchanted. Dylan’s best jokes have been at the expense of those who would interpret them as grand statements: Ask not at whom the Bard cackles; the Bard cackles at thee.

In the 21st century, however, this dynamic changed, as Dylan has retreated into formalism. Since his critical comeback at the turn of the millennium with Time Out of Mind (1997), he has embraced a more meticulous, and ultimately more conventional, singer-songwriter mode. While he’s always assembled rickety rafts of verbal jetsam — culled from cultural references, twisted idioms, random concrete nouns — this tendency reached a new level of transparency, as he started writing songs comprised entirely of rearranged vernacular expressions and cliches. Similarly, the music weaves elements from folk, blues, and jazz and crooner pop genres (and often snippets from songs in the public domain) into a cunningly imprecise simulation of American music history.

Always a master thief, he has become a collage artist as well. It’s as if he read Greil Marcus’s many thousands of compliments over the years and decided to emulate Marcus’s idea of him as a historical trickster — or, as Carl Wilson put it in Slate, a “living archive” whose work preserves and transforms artifacts from a lost folk world.

In theory, there’s an appealing paradox between the traditional material he draws on and his postmodern way of jumbling it all. After two decades, the novelty of this approach has worn out: far from undermining Americana’s formal conservatism, it’s the only viable approach a folk or blues artist can take in 2020. Reimagining history has become the convention, and so Dylan’s music these past two decades has affirmed standards of craft and respectability he never heeded before, as polite and well-manicured as you’d expect from a Nobel Prize-winning institution. If anything, Time Out of Mind and the other acclaimed albums that followed are too good, or maybe just good in a new way: smooth, lovingly crafted, flawlessly sequenced from beginning to end. These intricate and often meaningless albums lack the endearing vulgarity that has always distinguished him. Once his collages could no longer be mistaken for anything else, they lost their tension.

Because of his reputation as a protest singer, critics have heard veiled political commentary in every new Dylan album. Rough and Rowdy Ways, out since June, is no more a comment on the current global pandemic or resurgent civil rights movement than Love and Theft (2001) was a response to 9/11; there’s always some crisis for new music to align with coincidentally.

Still, this is his gloomiest album since Time Out of Mind. Even more strangely, it’s also good fun. Neither rough nor rowdy, but rather lonely and somber, reliant on the shadowy acoustic textures cast between Dylan’s guitar plucking and delicate string arrangements, Rough and Rowdy Ways finds Dylan drifting through a cavernous expanse, croaking his doggerel into the void. Even the blues workouts brood; when he rocks, on “Crossing the Rubicon” and “False Prophet” (in which he rewrites Billy “The Kid” Emerson’s “If Lovin’ Is Believing”), his raspy guitar riffs pout morosely. 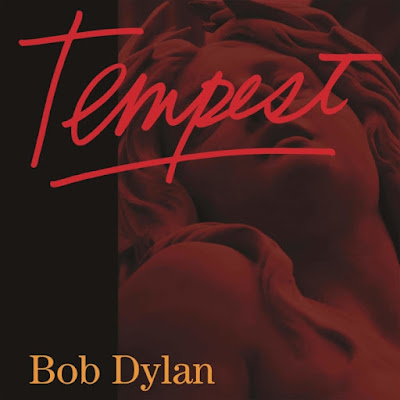 Refreshingly, the album also lacks the courtly crooner ballads he covered on his recent Sinatra tribute albums and attempted, clumsily, to write himself on Love and Theft and Modern Times (2006). Instead, exquisite slow burners like “Black Rider” and “My Own Version of You” accentuate his ghoulishness, taking a mischievous delight in the creaking of his voice. The latter song, in particular, conjures a marvelous menace; while gleaming pedal steel chords crawl spookily down the scale, Dylan threatens to create a Frankenstein monster: “Looking for the necessary body parts/limbs and livers and brains and hearts/I’ll bring someone to life is what I wanna do/I wanna create my own version of you.”

He could be talking to one of his songs — although the freshness of his raw materials is up for debate, since the historical references scattered throughout Rough and Rowdy Ways tend to be broadly predictable. Whether growling “I’m gonna make you play piano like Leon Russell/like Liberace, like St. John the Apostle” on “My Own Version of You” or sighing “I’m just like Anne Frank, like Indiana Jones/and them British bad boys, the Rolling Stones” on “I Contain Multitudes,” his playful allusions date to antiquity or the mid-20th century at the latest. In a Washington Post review, Chris Richards suggests that Dylan is listing canonical figures who, like Dylan himself, “live alongside one another in our cultural memory bank.” Less generously, one might wonder why Dylan’s referential imagination is so restricted; as archives go, his could preserve a few more oddities, especially contemporary ones. (I await in vain his TikTok song, not to mention his Black Lives Matter song.)

The album peaks in its closing sequence. The penultimate song, “Key West (Philosopher Pirate),” is as daft as its title — over shimmering beach music, in a voice drunk on blood and sunshine, Dylan sings a rapturous, almost operatic ode to the island, going overboard in his praise: “Key West is the gateway key to innocence and purity/Key West is the enchanted land.” Swaying to a familiar melancholy tune (here, Dylan recycles his own “Most of the Time”) over Donnie Herron’s woozy accordion, “Key West (Philosopher Pirate)” resonates thanks to the specificity and absurdity of its conceit; unlike the synecdochic red herrings that populate the rest of the album, it’s a song about something, emotionally direct and weirdly moving.

Then, “Murder Most Foul” begins as a tearful account of the Kennedy assassination, over equally saccharine piano and strings. It’s the rare song where Dylan seems to pander to the baby boomers who love him, especially since he also mentions Woodstock, Altamont, and a slew of other assorted 1960s references, mumbled softly in his dry whisper (best line: “I’m just a patsy like Patsy Cline”). After 10 minutes of this, he starts requesting songs for DJ Wolfman Jack to play: “Only the Good Die Young,” “Tom Dooley,” “St. James Infirmary,” “The Port of King James,” and others. He continues this for another seven minutes until, finally, he requests his own song — “Murder Most Foul” itself — and it fades out.

Mawkish and compelling, “Murder Most Foul” provides a revelatory glimpse into Dylan’s brain: of course he thinks of history as a playlist, just as his songs recycle history. The extended repetition underlines the song’s formulaic nature, as if he hit copy-paste a hundred times and changed all the song titles (“Sad-Eyed Lady of the Lowlands,” which, like many of his best songs, is an embellished list of nouns, works the same way). Here, Dylan’s collage reaches yet another level of self-awareness: made conscious of itself as collage, “Murder Most Foul” spirals endlessly around in a mise-en-abyme. From here, there’s nowhere to go but Key West.

Pursued by arbiters of prestige, Dylan swore never to be pinned down. His role as explicit collage artist is itself another mask — his latest way of avoiding meaning, of refusing to have words put in his mouth. He has likely persisted in this vein so comfortably for so long because it represents a formalization of what he’s always done: turn subtext to text. This allows him to write songs that avoid revealing meaning right on the surface. Having found such an elegant strategy, it’s no wonder he should start chasing his own tail. The pleasures to be had in this process are enticing if you savor self-enclosed musical puzzles or the salty grain of an old voice.