LAST NEWS: TIK-TOK COULD BE QUICKLY PROHIBITED IN THE USA. WITH CURTIS WATERS, TIKTOK KING 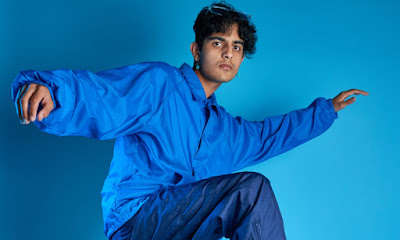 He started lockdown as a student making music in his bedroom and emerged three months later as the next big thing in pop – all thanks to a 15-second music clip posted online
Curtis Waters went into lockdown a 20-year-old student with a part-time job making smoothies. He’ll leave a fully- fledged pop star, despite the fact he has barely stepped foot outside the house.

“It has been so crazy,” he says, grinning, from his home in North Carolina. He looks young, with a fresh white T-shirt, hoop earrings and a mop of wavy hair. “Out of nowhere all this noise: everybody is staring at me, everybody wants something from me.” It’s still sinking in that he has entered what he calls the “realm of endless possibilities”.

It would be tempting to dismiss this level of confident ambition as endearing but naive optimism: chances are this is the first time you’re seeing his name; you have yet to hear a song of his. But in the space of just three months, powered by TikTok, a Chinese-owned social media platform that is changing the way the music industry works, Waters has gone from unknown entity making music in his parents’ study to emerging hot property. He’s batted away record deals, signed up with management, and negotiated a licensing contract on his own terms. His catchy single – Stunnin’ – is a viral TikTok sensation, and has racked up an impressive 35 million-plus streams and counting on Spotify to date. This month, Rolling Stone ranked Waters third in their Breakthrough 25 chart, which tracks artists seeing the greatest growth in streaming. His already completed debut album is set for release later this year.
In early April, Waters uploaded his first post on TikTok, which by then was being used by two billion people around the world. In the 15-second clip (the maximum length for posts on the platform), Waters and his 16-year-old brother Albert dance goofily together to a short snippet of Stunnin’: a youthfully irreverent, catchy blend of hip-hop and pop he’d recorded at home. Underneath, he posted a caption: “dancing to my song everyday until it goes viral tbh”. A few weeks later, it did, proving that TikTok is fast becoming the new grassroots centre of the music industry, the YouTube generation a relic of the past.

Sign up for the Sleeve Notes email: music news, bold reviews and unexpected extras
Read more
The careers of most people working in the creative industries have been paused – if not stunted – by the global pandemic. Not for Waters, though. If anything, this time has offered up opportunities. He was already looking to bypass traditional routes into the industry. “I think we only did TikToks because I wasn’t at work and there was nothing else to do,” he says. “Otherwise I wouldn’t have had time to do silly dance videos every day.”

The short TikTok posts Waters has uploaded have already hit viewing figures into the millions. But these numbers don’t scratch the surface when it comes to comprehending the true scale of Stunnin’s success. When artists upload a burst of their music to TikTok, other users can create their own videos which use this audio as a soundtrack. Stunnin’ has been used in other videos on the platform – at the time of writing – close to a staggering 500,000 times. It wasn’t long before music industry bigwigs had Curtis Waters in their sights.
“The music industry right now is focused on TikTok,” he explains. “There are people at labels who just look for artists with trending sounds who they then try to sign.” And it’s not hard to see why.

Over the past 12 months, TikTok has seen a steady flow of musicians go viral on the platform: new releases clocking up hundreds of millions of views in as little as 24 hours, often before they’ve taken off elsewhere. It’s a feeding ground for labels on the hunt for fresh talent: execs desperate to sign up artists who’ve proven their popularity before they transition to streaming services and the charts.

Rapper Lil Nas X may be the platform’s most famous musical success story, but there have been many more. American singer Doja Cat’s tracks have amassed more than 8 billion TikTok views; the dance routine to her song Say So has been performed by approaching 20 million users. It went on to hit No 6 on the global Spotify chart, No 1 on the Billboard Hot 100 (the Nicky Minaj remix), and make the UK Top 10. Emerging US hip-hop artist Curtis Roach released an original song on the platform in April which was snapped up by Sony.

All things considered, Waters seems to be coping well with all the attention. It’s Monday morning local time when he logs in to Zoom, refreshed after a weekend (mostly) spent offline. He’s excited to get back to work again, but he was enjoying the respite of a few days spent just being Abhi Bastakoti again: Curtis Waters is a stage name, a character of his own design.
In 2017, Waters and his family moved to the quiet, suburban town of Cary, North Carolina. It was the culmination of a “long immigration struggle” that saw the family travel from his birthplace of Nepal to India, Germany and Canada: dad chasing PhD scholarships, mum completing her masters along the way. Music didn’t figure much in his life until, aged 14, he discovered Odd Future, Kanye West and Tyler The Creator. In the midst of an angsty teenage breakup, Waters was downhearted, and concluded the best way to get one up on his (now ex) first love would be to turn out just like these music stars.

Advertisement
All the while, “Curtis Waters” – Bastakoti’s alias – was slowly forming. As a teenager in Canada, Waters was consumed by depression. Graphic design and making music helped him navigate the turbulence. He developed a comic book character and christened him “Curtis Waters”, writing stories for his creation and recording a soundtrack alongside.

Inspiration for the name came from his musical heroes: Joy Division’s Ian Curtis and Frank Ocean (and from there, Waters). He liked that it rolled off the tongue like Kanye West; the idea of being a “skinny brown kid” with a name that sounds like it’s stolen from a broad-chested Caucasian cinema cowboy made him smile. The thinking behind picking a new name in the first place, however, is a little more profound. “This character was fun, bright and silly,” Waters says, traits he felt he’d long forgotten. “I started to dress like him, and when I made music, I could make myself feel like this person in my head.”

Through this alter-ego, Waters found confidence. Making music under a pseudonym also allowed him to tackle topics that his parents – and at times conservative community – might have found uncomfortable. “There’s some shit in the album that’s so honest,” he says, “that I probably wouldn’t tell my friends in real life.”

Take Six Pills, a song about mental health medication. Waters was diagnosed as bipolar during his first year at college, dropping out to take a break. The following year he returned determined to make it through. “My college started giving me prescription pills,” he says, “one for my bipolar which made me anxious; one for my anxiety which would give me insomnia.” The anti-insomnia drugs made Waters throw up. Before the year was over, his immune system was failing and he had a breakdown.

Returning home to North Carolina, Waters dedicated himself fully to his music. “My family wanted me to make up a cleaner story to tell our community about what was happening,” he says.

Torn between a generational desire for total honesty, and still empathising with his parents’ desperation to keep up appearances, he discovered Curtis Waters could say what Abhi Bastakoti could not. By February this year, he’d written and recorded his album, Pity Party, and uploaded it to Soundcloud. It has since been taken down to be fine-tuned before its planned November release.

“Take the first song on the album, which is about how I felt I was the shame of my family,” says Waters. “I’m so glad I made the album before Stunnin’ blew up. There’s so much truth in there, which could happen because nobody was listening. It’s important for people to know what we all go through, especially as a brown immigrant with mental health issues in the United States.”

As a teenager, Waters says, he felt he couldn’t make close friends within his community. He was terrified word about his mental health would get round, and he’d be shamed. Now people are tuned in and ready to listen. He takes a deep breath: “It’s cathartic to now be telling you things haven’t always been OK.”…………