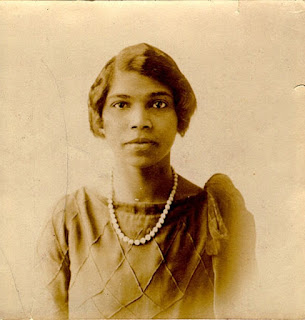 Last month, University of Pennsylvania Libraries announced the newly-digitized and publicly accessible archives of renowned Philadelphia native and contralto Marian Anderson (1897–1993), a world-famous recitalist and interpreter of art songs and spirituals. The collection includes some 2,500 items from Anderson’s personal history, from letters, diaries, and journals, to interviews, recital programs, and private recordings; these now accompany a visual archive of more than 4,000 pictures. The digitization project was funded in 2018 by a $110,000 grant from the Council on Library and Information Resources.

“The Marian Anderson Archive is one of the most important archival collections housed in the Penn Libraries’ Kislak Center, and one of the most frequently used,” said David McKnight, Director of the Rare Book and Manuscript Library, in an email interview with Hyperallergic. “Given the global impact of Marian Anderson’s musical career, there’s high demand from researchers and fans, but it can be difficult for individuals to travel to our physical space to examine the contents of her archive. We realized if we made more content available online there would be more for researchers to draw from — and from anywhere around the globe.”
Not only was Anderson famous for her musical accomplishments, she was also a staunch and vocal public figure in the fight for Civil Rights. After being refused permission by the Daughters of the American Revolution to perform for an integrated audience in Constitution Hall, Anderson performed an open-air concert for 75,000 people on Easter Sunday, April 9, 1939, on the steps of the Lincoln Memorial in Washington, DC. She shattered further barriers in 1955, as the first Black singer to perform in a lead role on the stage of the Metropolitan Opera.
“Marian Anderson’s excellence as a musician and her excellence of character opened doors for her and for all the American musicians of color who came afterwards,” said April James, Reader Services Librarian at the Kislak Center, and major contributor to the digitization effort, in an email interview with Hyperallergic. “At a time when racial segregation was widespread in the United States, she brought Black Americans into the international community as equals, programming music by Black composers in her concerts worldwide.”

The collection materials showcase both Anderson’s marquee public and professional accomplishments, as well as offering insight into her personal life, presenting a well-rounded portrait of an outstanding individual.

“I was surprised to also learn that she worked as a State Department Goodwill Ambassador and delegate to the United Nations Human Rights Committee,” said Andrea Nuñez, Digital Camera Operator who photographed many of the archival materials, in an email interview with Hyperallergic. She continued:

Reading through her journals, I learned about the daily rhythms of her professional life: in one day of journal entries, she wrote that she spent the morning recording at RCA, had lunch at the Russian Tea Room, and then performed at Carnegie Hall in the evening. While not on tour, she led a quiet life at her farm in Danbury, Connecticut. Her journals during those times often focused on everyday happenings. She enjoyed growing her own fruits and vegetables. She loved to write about cooking and recipes. She also raised puppies, which she adored.
Surely this newly enhanced and accessible archive has much to offer students of music, Civil Rights, and the details of daily life from the truly unique perspective of woman who struck a resounding note in history.