Renowned sociologist and social thinker Ulrich Beck has died. Ulrich Beck (Munich University and LSE) has become one of the world’s most famous intellectuals and most quoted social scientists in recent decades.

Ulrich Beck / Foto -  -Beck’s book Risk Society: Towards a New Modernity (1986/1992) is a scholarly and political bestseller which was translated into 35 languages, with about 24,000 44,000 academic citations. While firm in criticizing those who claim Western societies are “postmodern”, Beck offers an immanent critique of modernity’s failed promises. Due to its own successes, modern society now faces failure: while in the past experiments were conducted in a lab, now the whole world is a test bed. Whether nuclear plants, genetically modified organisms, nanotechnology – if any of these experiments went wrong, the consequences would have a global impact and would be irreversible. 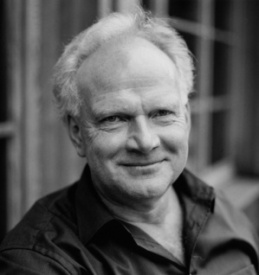 Ulrich Beck claimed that contemporary society is at the cusp of a transition between “industrial society” and “risk society”. Risk society, explained Beck, is “an inescapable structural condition of advanced industrialization” and “Modern society has become a risk society in the sense that it is increasingly occupied with debating, preventing and managing risks that it itself has produced.” Beck contended that the changing nature of society’s relation to production and distribution is related to the environmental impact as a totalizing, globalizing economy based on scientific and technical knowledge becomes more central to social organization and social conflict. Whereas in earlier class-based societies only the proletariat was victimized, in the emerging worldwide risk society all groups – even the rich – are threatened. Beck made the important point stressing that risk and class positions overlap on  national and international scales.
In this striking book Beck also provided a framework within which environmental politics can be understood, explained and developed. Beck recommended ignoring the mathematical morality of experts, which seek to identify the level of a given risk by calculating the probability of its occurrence. Instead, man’s fear of collapse should offer an opportunity for international cooperation and a cosmopolitan turn in social sciences. Drawing upon ideas developed in Risk Society, in Ecological Politics in an Age of Risk (1995), Beck establishes the foundations of an original and far-reaching analysis of modern politics.  Instead of posing ‘good’ social movements against ‘bad’ institutions, he proposes a transformation of the institutions themselves, of science, and of business, so that organized irresponsibility can be changed into a sort of democratic accountability.
Ulrich Beck’s other numerous and highly influential works have focused on topics like globalization, cosmopolitanism, labour and social inequalities.

“After all, the ecological issue, considered politically and sociologically, focuses at heart on a systematic, legalized violation of fundamental civil rights – the citizen’s right to life and freedom from bodily harm… In the ecological crisis we are dealing with a breach of fundamental rights that is cushioned and disguised during prosperity but that has socially destabilizing long-term effects that can scarcely be overestimated.”