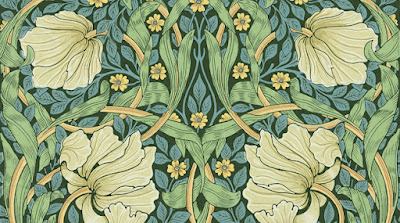 Beyond its aesthetic offerings, the home furnishings company had deep philosophical objectives: to elevate handmade objects over mass-produced goods and to bring art into the everyday.

Artist, designer, and writer William Morris (1838–1896) founded Morris & Co. 160 years ago, in 1861. The company quickly became regarded for the objects it designed and made for home interiors—handmade wallpapers, textiles, and furniture—and its style became synonymous with the British Arts and Crafts movement of the late 19th century. Morris was both an avid student of art history and devotee of the natural world, and his and his company’s works were characterized by a design vocabulary drawn from both European and Middle Eastern historical fabric designs and featured, and were titled after, flowers and plants. 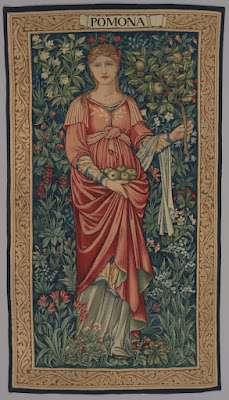 Morris and his collaborators—which included his wife Jane Burden Morris, younger daughter May Morris, artisan and designer John Henry Dearle, as well as artists such as Edward Burne-Jones and Dante Gabriel Rosetti—considered themselves design reformers. They were on a mission to bring beauty back into the lives of their consumers through thoughtful design and production that foregrounded the agency of artisans and anti-industrial techniques. Accordingly, they experimented with dye recipes based on natural materials, revived hand-printing methods for fabrics and wallpapers, and reintroduced hand weaving for woven wool and silk textiles as well as pictorial tapestries.

Although Morris & Co. closed its doors in 1940, the company’s aesthetic vision remains potent to this day through the continued reimagining and reworking of the textile and wallpaper designs. This exhibition explores that longevity, highlighting Morris & Co’s design tenets and favored techniques as well as Chicago area sites where the work of Morris and his contemporaries appeared. The presentation comprises approximately 40 works, drawn primarily from the Art Institute’s significant holdings, many of which were generously given to the museum by Mr. and Mrs. John Bryan and the Crab Tree Farm Foundation.