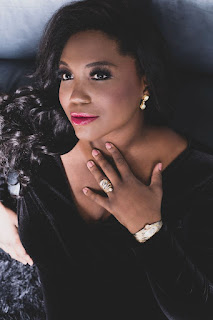 Angel Blue has been named the winner of the 2022 Richard Tucker Award. The award is bestowed upon an artist poised at the edge of a major international career and comes with a $50,000 cash prize, as well as the ongoing support of the Tucker family and foundation. It is hoped that the award acts as a well-timed catalyst to elevate the selected artist’s career to even greater heights. The Richard Tucker Award is selected by conferral, rather than audition.

“I am overwhelmed with gratitude for this immense recognition. So many of my professional role models have been recognized as Richard Tucker Award winners, and to join this incredible roster of artists is a true honor. I want to thank the Richard Tucker Foundation, and to congratulate the Career and Study Grant recipients.” —Angel Blue