PIRANESI AND THE MODERN AGE 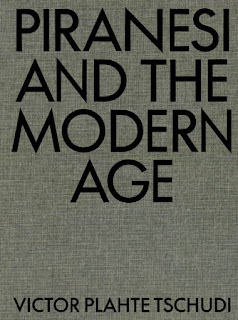 The complex appropriation of Piranesi by modern literature, photography, art, film, and architecture.

The complex appropriation of Piranesi by modern literature, photography, art, film, and architecture.

The etchings of the Italian printmaker, architect, and antiquarian Giovanni Battista Piranesi (1720–78) have long mesmerized viewers. But, as Victor Plahte Tschudi shows, artists and writers of the modern era found in these works—Piranesi's visions of contradictory space, endless vistas, and self-perpetuating architecture—a formulation of the modern. In Piranesi and the Modern Age, Tschudi explores the complex appropriation and continual rediscoveries of Piranesi by modern literature, photography, art, film, and architecture. Tracing the ways that the modern age constructed itself and its origin through Piranesi across genres, he shows, for example, how Piranesi's work formulates the ideas of “contrast” in photography, “abstraction” in painting and “montage” in cinema. 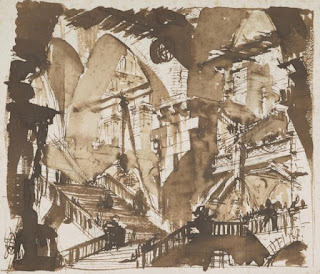 Piranesi's modern-day comeback, Tschudi argues, relied on new dimensions found within his work that inspired attempts to inscribe within them a world that was very modern. For more than a century, these interpretations have helped legitimize new forms, theories, technologies, and movements. Tschudi examines, among other things, how Piranesi's disturbing prison interiors—the Carceri—became modern metaphors for the mind; how Alfred H. Barr and the Museum of Modern Art made the case for Piranesi's alleged abstraction in the 1930s; and how Sergei Eisenstein reinvented Piranesi as a progenitor of his own innovative filmmaking techniques. Tschudi's exploration of Piranesi's influence on modern architectural discourse includes interviews with such distinguished architects as Peter Eisenman, Bernard Tschumi, Steven Holl, and Rem Koolhaas. Generously illustrated, Piranesi and the Modern Age offers an entirely new reading of Piranesi's work.