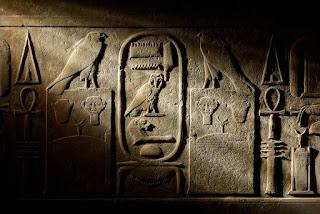 The Rosetta Stone is the star of the show, which opens to the public in October and includes more than 240 artefacts

The Rosetta Stone, one of the world’s most famous ancient artefacts and arguably the best known object at the British Museum, is the star of a new exhibition celebrating 200 years since a French scholar cracked the code of Egyptian hieroglyphs.

Hieroglyphs: Unlocking Ancient Egypt, which opens on October 13, will feature more than 240 objects, including loans from national and international collections, many of which will be on display for the first time.

“We knew that we were going to celebrate 200 years of the decipherment a long time ago, because we have the Rosetta Stone, which was key to the decipherment,” Ilona Regulski, curator of Egyptian Written Culture at the British Museum, told The National. 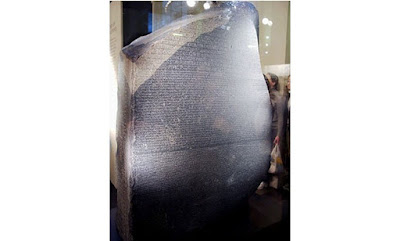 “For the first time in millennia the ancient Egyptians could speak directly to us. By breaking the code, our understanding of this incredible civilisation has given us an unprecedented window onto the people of the past and their way of life,” said British Museum director Hartwig Fischer.

The stone of black granite, part of a bigger slab broken in antiquity, had been discovered in 1799 near the town of Rosetta (modern-day Rashid) in the Nile Delta. It was reportedly found by soldiers in Napoleon’s army during the French occupation of Egypt.

Following Napoleon's defeat in 1801, the stone became the property of the British under the terms of the Treaty of Alexandria. It was shipped to England in February 1802 and presented to the British Museum by George III in July of that year.