New York City Ballet's 2022-23 Season at Lincoln Center will open on Tuesday, September 20, 2022 and continue with 21 weeks of performances through Sunday, May 28, 2023. The season, with programming curated by NYCB Associate Artistic Director Wendy Whelan working in collaboration with Artistic Director Jonathan Stafford and Resident Choreographer and Artistic Advisor Justin Peck, will feature 48 ballets and choreography by 10 choreographers. 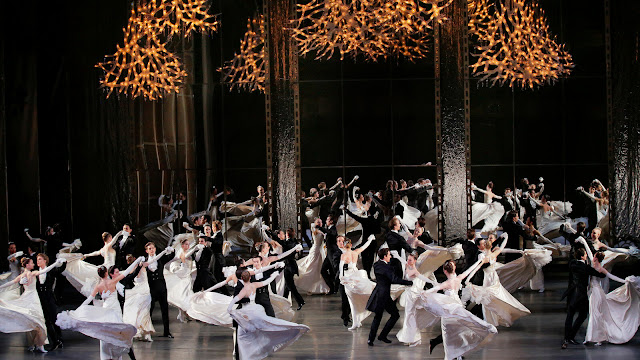 "The programming for New York City Ballet's 2022/23 season contains a rich assortment of the Company's heritage repertory of landmark works by Balanchine and Robbins, as well as exciting premieres by choreographers Keerati Jinakunwiphat and Alysa Pires, who will make their first pieces for NYCB, and Kyle Abraham and Christopher Wheeldon, who will be returning to the Company next season," said Whelan. "Justin Peck will also be making his first-ever full-evening work, an exploration of the music of Aaron Copland featuring set designs by renowned visual artist Jeffrey Gibson."

"The season will also showcase a number of large-scale works that will provide wonderful opportunities for NYCB's long-time dancers and a rising new generation of performers to join together in the rehearsal studio and on stage to explore the Company's unparalleled repertory while enriching their artistry," added Whelan.

The season will feature 24 works by Balanchine and 8 works by Robbins, the Company's co-founding choreographers; as well as additional works by Peck, Wheeldon, and Alexei Ratmansky; and Peter Martins' full-length production of Tschaikovsky's The Sleeping Beauty, with choreography after Marius Petipa and George Balanchine. All performances will feature the 62-piece New York City Ballet Orchestra under the music direction of Andrew Litton.

The 2022-23 Season will also feature a farewell performance for Principal Dancer Sterling Hyltin who will retire from NYCB after 20 years with the Company. For her final performance, Hyltin will dance the role of the Sugarplum Fairy in George Balanchine's The Nutcracker® on Sunday, December 4 at 5pm.