WITH THE LONDON SYMPHONY ORCHESTRA CONDUCTED BY SIR SIMON RATTLE, TOUR TO AUSTRALIA

Among the world’s finest orchestras, the LSO will perform two concerts in Brisbane, Sydney and Melbourne, with a third program exclusive to the Sydney Opera House in celebration of its 50th anniversary year. This will be the first Australian tour by the LSO since 2014 and only their fourth trip Down Under in their 120-year history. The LSO made its Australian debut in 1966 and also toured in 1983. It is Sir Simon Rattle’s third visit to Australia. 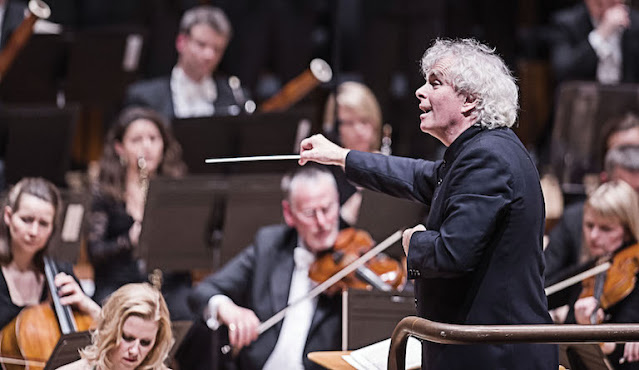 LSO Music Director Sir Simon Rattle says, “It is always wonderful to be in Australia, and even more so after recent years – the feeling of sharing and experiencing live music together is something truly special. The program we’ve chosen to bring to Brisbane, Sydney and Melbourne includes some of my personal favourites, and shows the great range, skill and musicianship of this world-class Orchestra at its best.”

LSO Managing Director, Kathryn McDowell says, “It’s incredible to be able to bring 114 musicians including two Australians – Naoko Keatley (violin) and Belinda McFarlane (violin) – to explore and share our music with Australian audiences. This is the largest orchestra we’ve ever brought to Australia and Sir Simon Rattle has prepared an extraordinary program for the tour. Each visit to Australia has been a momentous occasion, just as this 2023 tour promises to be.”

“Debussy’s La Mer and Ravel’s Daphnis and Chloe are a delightful nod to the orchestra’s special sense of colour and ability to play so quietly and delicately. It gives something very special to these works,” says Rattle. “John Adams Harmonielehre – a piece by a very dear friend of mine, which I’ve loved all my musical life, has become a signature piece for the LSO.”

The second program features a single work - Gustav Mahler’s epic Symphony No.7, which Rattle describes as “one of Mahler’s most astonishing and surprising and certainly his most forward-looking symphonies.” Adding that it is “exactly the kind of piece that will show the LSO in all its glory.”

An additional program at Sydney Opera House will feature Anton Bruckner’s Symphony No.7 performed in the edition by Benjamin-Gunnar Cohrs. “Benjamin is a leading specialist on Bruckner,” says Sir Simon. “Conducting the premiere of his edition of the Seventh Symphony was a real privilege, as it is each time that I return to conducting his arrangements of Bruckner – it is always like hearing Bruckner’s music afresh.”

The third concert will also showcase a new work Sun Poem by brilliant young British composer Daniel Kidane. “The LSO has been a pioneer in championing young composers, and we are delighted to bring this completely fascinating and deeply beautiful, commissioned piece to the iconic Sydney Opera House,” says Rattle.

Established in 1904, the LSO is Resident Orchestra at the Barbican in the City of London and recognised among the world’s top orchestras. The Orchestra has recorded some of film music’s most memorable soundtracks including Star Wars, Indiana Jones and The Shape of Water. Along with a successful recording label, learning and community program, and streaming service, the LSO reaches around the globe to share extraordinary music with as many people as possible.

The tour marks the end of Sir Simon Rattle’s tenure as Music Director for the LSO. Newly appointed Chief Conductor Sir Antonio Pappano will take the baton at the end of the 2023-24 season, while Sir Simon will become the LSO’s Conductor Emeritus and take up the position of Chief Conductor with the Symphonieorchester des Bayerischen Rundfunks in Munich……..