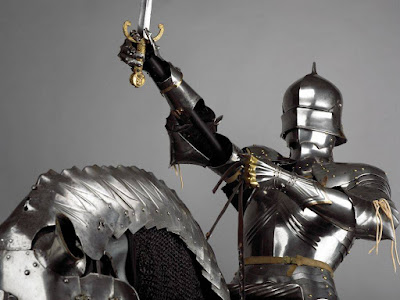 ‘A compelling exhibition’ – The Telegraph

Menacing or misunderstood? Villainous or vilified? King Richard III (1452-85) is one of the most enigmatic and controversial figures in British history. Since the 16th century, he has been portrayed as an arch-villain, a usurper and a murderer, stalking England’s past. However, modern scholarship has shown that in many ways he was a capable, compassionate monarch.

This free display traces the story of how key objects and staff at The Wallace Collection have influenced the way we imagine Richard III today, and how he has been portrayed in cinema for nearly a century. Visitors will have a unique opportunity to view the complete replica armour created for this autumn's film The Lost King, before exploring the story throughout the Wallace's remarkable collection of medieval and Renaissance arms and armour.