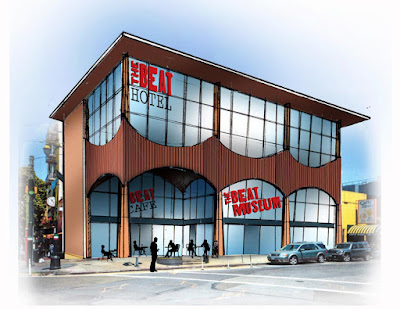 San Francisco has always been a city of dreams; a beacon for those eager to pursue new ideas and explore new ways of living. If the American West has always symbolized the frontier, a land of opportunity, then San Francisco is the furthest point West one can go.

Since its beginnings, San Francisco has attracted people yearning to reinvent themselves, to pursue their dreams, to create and inspire. All the world is represented here; people from places near and far, sharing with one another a vast array of languages and customs, stories, interests, food, music, and arts. People come here with what they have, to be who they are, or who they’re striving to be. We don’t just tolerate diversity here—we celebrate it—and that’s what makes San Francisco one of the greatest cities in the world.

It’s what brought the Beat Generation here. Amidst the stifling social climate of the 1950s—demanding conformity, racial and economic segregation, and distrust of anything different—the Beat Generation reminded us who we are and what we believe in. The values of the Beat Generation are San Francisco values. We’re at our best when there’s room enough for everyone.

No more land! We can’t go any further ’cause there ain’t no more land!”

But the problem is that lately, as San Francisco changes dramatically, growing more and more expensive, many of the people and places that give this city its richness and life are getting forced out, and the diversity we treasure is becoming homogenized. Some say that’s the inevitable price of “progress,” that if you aren’t making enough money to stay here, then you don’t belong here. We beg to differ. We believe there are many things that give San Francisco its unique character, and not only make this city an interesting and worthwhile place to live, but are in fact essential to our quality of life; and the value of these cultural institutions cannot be expressed in dollars alone. Certainly, change is a constant in any city, but this City’s soul, its sense of itself, is something absolutely worth preserving. 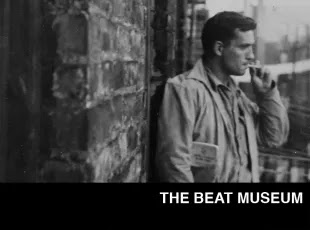 Michael Palumbo, a Beat Museum supporter with a background and education in Museum Design, put together the following concept sketches for a new, improved Beat Museum.

North Beach is one of San Francisco’s oldest and most iconic neighborhoods, and while a great many people and events contributed to its rich history across hundreds of years, it was the Beat Generation who established North Beach as their urban bohemia, and San Francisco’s reputation as a mecca for literature, art, and music, the avant-garde, the counterculture, and the progressive values that have influenced several generations.

When we opened the Beat Museum on Broadway in 2006, it was with the mission of preserving their history and influence. But more importantly than being a repository for the dusty relics of a not-so-distant past, our purpose is to keep the spirit of the Beats alive; to preserve not just their story, but what they believed in—because it’s what we believe in.

We’ve been extraordinarily lucky that in the ten years we’ve been here, we’ve received tremendous, enthusiastic support from the North Beach community, and for that we’re far beyond grateful. Also, at a time when so many of our friends and neighbors have faced eviction due to soaring rents, we’ve been fortunate to have an excellent relationship with our landlord. But the fact is, circumstances can change overnight. Buildings get sold, and new landlords can change everything. 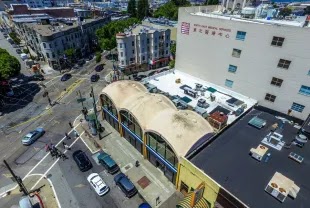 Everyone in San Francisco knows at least a few people who have been priced out of their homes in recent years, and it’s happening to small businesses and arts organizations as well. Some museums and galleries have been placing their collections in storage in the hope for a better future. Some have totally closed down, and some have moved to other parts of the Bay Area.

The answer is, we need to purchase our own building.

We’ve decided to do everything we can to ensure that the Beat Museum is here for the long haul. We believe that protecting the legacy of the Beats in San Francisco is best accomplished by controlling our own destiny—by owning our own building—one that provides flexibility, growth, and stability. The preservation of the Beat spirit in North Beach deserves no less.