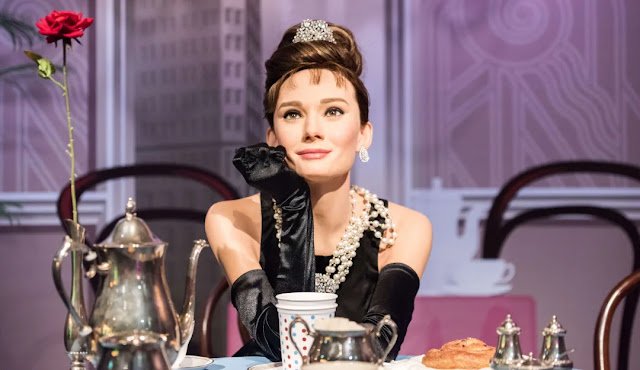 Nearly three decades after her death in 1993, Audrey Hepburn is still as iconic as she was at the height of her fame.

Legendary actress, fashion icon, devoted mother, and humanitarian – Audrey Hepburn lived a life meant for the silver screen. It’s understandable why she was so beloved in her time, but what makes her different from other Old Hollywood actresses? How has her legacy stood the test of time and still attract fans today?

Even if you’re not a fan of Old Hollywood, you probably know who Audrey Hepburn is. You’ve likely seen pictures of her in her famous black dress from Breakfast at Tiffany’s or watched Blair Waldorf dream of being her in Gossip Girl. More recently, Emily in Paris paid homage to Audrey Hepburn’s famous picture on the steps of the Paris opera house, Palais Garnier, where the 1957 Funny Face was filmed, with a hairstyle also inspired by another look in the same movie, making her the pop-culture icon of several generations.

Audrey serves as a symbol of timeless class and elegance in pop-culture. Her legacy is tied to both Old Hollywood and the Tiffany & Co brand due to her iconic role as Holly Golightly in Breakfast at Tiffany’s. She’s loved among both average women and celebrities, as celebrities like Beyoncé and Natalie Portman have dressed like her on magazine covers and in commercials.

There are plenty of reasons why Audrey is everywhere, but it simply boils down to the fact that she was a beautiful person inside and out that people have wanted to emulate for generations.

Fashion YouTuber Mina Le argues that much of Audrey’s popularity is tied to her relatability. Audrey’s career began in the early ‘50s, a time when women longed to embrace femininity after the struggles of the Great Depression and World War II. This type of glamour and femininity was seen in many Hollywood stars at the time, like Marilyn Monroe, Elizabeth Taylor, Sophia Loren, and Rita Hayworth, but there was something different about Audrey.

You might think it’s easy to describe her as “boyish” due to her slim frame and short hair, but fashion photographer Cecil Beaton called Audrey “the public embodiment of our new feminine ideal.” This was because Audrey exuded a natural elegance and beauty that made every woman want to be like her and every man want to be with her. It’s impossible not to want to recreate her style after browsing through pictures of her on Pinterest or watching any of her classic films.

Even though some of her most iconic looks are very glamorous, they’re still easy to recreate. Her classic little black dress look from Breakfast at Tiffany’s can be recreated on any budget, making it a classic Halloween staple. Other iconic looks include the head-to-toe black turtleneck and slacks from Funny Face (and literally every dress she wears in this film), the black cocktail dress in Sabrina, and the red suit paired with a white pillbox hat in Charade.

Audrey’s classy yet her accessible style made her relatable to audiences during the height of her career and today. Woman & Home writes, “Audrey was a role model for women growing up in the 1950s who saw her as modern but still attainable, while today's fans love the fact she was charming and had poise. She was synonymous with elegance but seemed completely unaware of how beautiful she was – even saying anyone could look like her.”

Audrey Is Proof That Kindness Never Goes out of Style

Audrey’s personality also plays a role in her legacy. After wrapping the production of Wait Until Dark in 1967, she took a hiatus from acting to focus on motherhood. In an interview with Closer Weekly, her eldest son, Sean Hepburn Ferrer, spoke of her as a hands-on mother who wanted her children to have a normal childhood. “We didn’t grow up in Hollywood. We grew up in a farmhouse in Switzerland, and then went to public school in Italy with the normal kids: sons of ambassadors, but also the local butchers.”

Sean continued, “Mom would take me out to buy books and socks, and get me ready to go to soccer practice. When I had a judo competition, she would come, but always dressed in her jeans and her glasses, and certainly she didn’t arrive with limos or bodyguards. She came by herself, in a cab, very discreet. She was trying to let us have a normal childhood without her fame hanging over us.”

Audrey was strong and selfless, something she learned in her childhood. Born in Belgium in 1929 and raised in Holland, Audrey was the daughter of an English man and a Dutch aristocrat, and both were Nazi sympathizers, but Audrey was not.

Like many children of the time, Audrey experienced hardship during World War II and was disgusted by the rise of antisemitism. She channeled her anger into action by carrying notes to the Dutch resistance in her shoes. She arose from the war physically weak from malnutrition due to the Dutch Famine of 1944-45, but emotionally strong and resilient despite the horrors of war.

Inspired by her own tragic childhood, Audrey dedicated her later years to helping children in need. She became a UNICEF Goodwill Ambassador in 1988, and she traveled around the world to help children in war-torn and impoverished communities. She worked and traveled with UNICEF until she died of cancer in 1993.

Audrey’s dedication to motherhood and humanitarian work proves that she was as kind and elegant off-screen as she was on-screen. She demonstrates that kindness never goes out of style and that we can leave an impact on the world through our generosity.

Whether you admire her for her sense of style, talent, or kindness, it’s no secret that Audrey Hepburn’s legacy has long surpassed her life. She stands out from other Old Hollywood actresses because she was (and still is) relatable to audiences and was as beautiful on the inside as she was on the outside.