FROM BAUHAUS TO BUENOS AIRES: GRETE STERN AND HORACIO COPPOLA

May 17–October 4, 2015
The Edward Steichen Photography Galleries
From Bauhaus to Buenos Aires: Grete Stern and Horacio Coppolais the first major exhibition to focus on the German-born Grete Stern and the Argentinean Horacio Coppola, two leading figures of avant-garde photography who established themselves on both sides of the Atlantic. The exhibition begins in the late 1920s with each artist’s initial forays into photography and typographic design. In Berlin in 1927, Stern began taking private classes with Walter Peterhans, who was soon to become head of photography at the Bauhaus. A year later, in Peterhans’s studio, she met Ellen (Rosenberg) Auerbach, with whom she opened a pioneering studio specializing in portraiture and advertising. Named after their childhood nicknames, the studio ringl + pit embraced both commercial and avant-garde loyalties, creating proto-feminist works. In Buenos Aires during the same period, Coppola initiated his photographic experimentations, exploring his surroundings and contributing to the discourse on modernist practices across media in local cultural magazines. In 1929 he founded the Buenos Aires Film Club to introduce the most innovative foreign films to Argentine audiences. His early works show the burgeoning interest in new modes of photographic expression that led him to the Bauhaus in 1932, where he met Stern and they began their joint history. 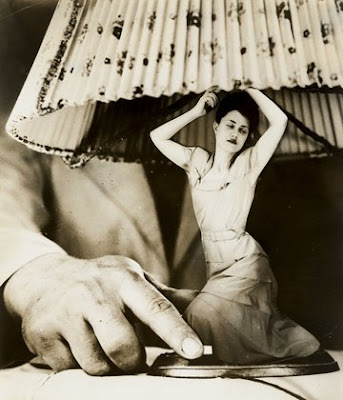 Following the close of the Bauhaus and amid the rising threat of the Nazi powers in 1933, Stern and Coppola fled Germany. Stern arrived first in London, where her friends included activists affiliated with leftist circles and where she made her now iconic portraits of German exiles, including those of Bertolt Brecht and Karl Korsch. After traveling through Europe, camera in hand, Coppola joined Stern in London, where he pursued a modernist idiom in his photographs of the fabric of the city, tinged alternately with social concern and surrealist strangeness.
In the summer of 1935, Stern and Coppola embarked for Buenos Aires, where they mounted an exhibition in the offices of the avant-garde magazine Sur, announcing the arrival of modern photography in Argentina. The unique character of Buenos Aires was captured in Coppola’s photographic encounters from the city’s center to its outskirts, and in Stern’s numerous portraits of the city’s intelligentsia, from feminist playwright Amparo Alvajar to essayist Jorge Luis Borges to poet-politician Pablo Neruda. The exhibition ends in the early 1950s, with Stern’s forward-thinking Sueños(Dreams), a series of photomontages she contributed to the popular women’s magazine Idilio, portraying women’s dreams mobilized by the unfulfilled promises of the Peronist regime in Argentine society with urgency and surreal wit.
The exhibition is accompanied by a major publication edited by Roxana Marcoci and Sarah Meister with a selection of original texts by Stern and Coppola translated into English by Rachel Kaplan. The catalogue will consist of three essays on the artists written by the exhibition curators and scholar Jodi Roberts. Special thanks to the Estate of Horacio Coppola and Galerie Jorge Mara— La Ruche.
Organized by Roxana Marcoci, Senior Curator, and Sarah Hermanson Meister, Curator, with Drew Sawyer, Beaumont and Nancy Newhall Curatorial Fellow, Department of Photography.
Major support for the exhibition is provided by The International Council of The Museum of Modern Art, The Modern Women’s Fund, and The David Berg Foundation.
Additional funding is provided by the Consulate General of the Argentine Republic in New York, Robert M. Buxton, and the MoMA Annual Exhibition Fund. 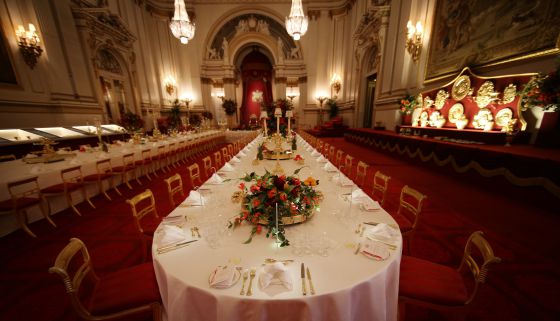 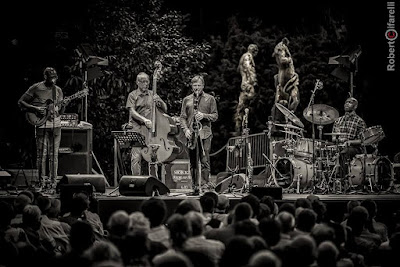 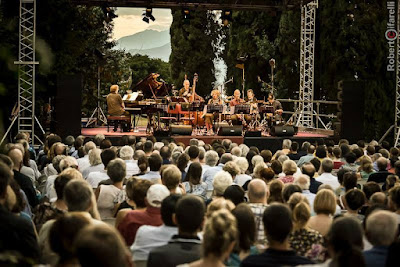 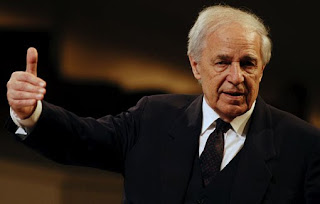 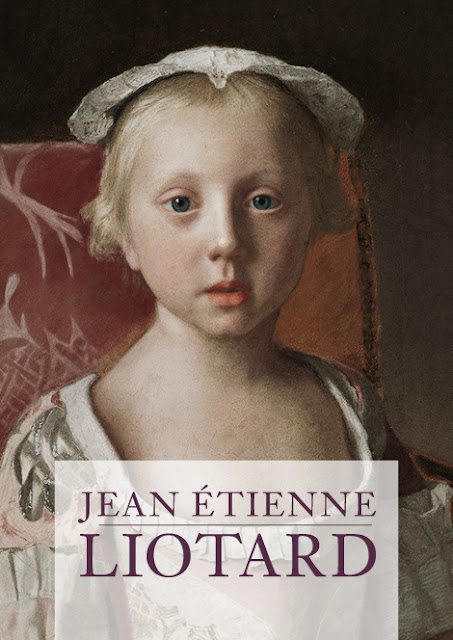 A stunning exhibition celebrating one of the greatest artists of the eighteenth century. The work of Jean-Etienne Liotard (1702-89) has been rarely exhibited and this is the first time it will be comprehensively celebrated in Britain.
Liotard enjoyed a long career and his finest portraits display an astonishing hyper-realism achieved through a combination of incredible, intense observation and remarkable technical skills. He excelled at the delicate art of pastel, but also drew, painted in oil, created enamels, and was a refined miniaturist and printmaker. His activity was prodigious: Liotard wrote a treatise on painting, was a collector, a dealer, a traveller and an artistic innovator. In the age of Mozart and Casanova, he was a key international figure whose achievement deserves to be better known.


Highlights of this important show include famous portraits, startling self-portraits, and brilliant experiments with genre and still-life subjects from the end of his career.
Publicado por alicia perris en 19:21 No hay comentarios: 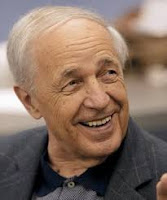 STANDING TALL: A CURIOUS HISTORY OF MEN IN HEELS

The Bata Shoe Museum is excited to announce the opening of our newest exhibition, Standing Tall: The Curious History of Men in Heels. Standing Tall will challenge preconceived notions about who wears heels and why. From privileged rulers to hyper-sexualized rock stars this provocative exhibition will explore the history of men in heels from the early 1600s to today, delving into the use and meanings of heeled footwear in men’s dress over the last four hundred years. 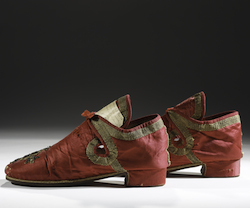 While today, the thought of a man in heels is met with disbelief and amazement, invoking images of indiscretion and being different, it hasn’t always been this way. “When heels were introduced into fashion at the turn of the 17th century, men were the first to adopt them and they continued wearing heels as expressions of power and prestige for over 130 years,” said Elizabeth Semmelhack, Senior Curator, Bata Shoe Museum. “Even after they fell from men’s fashion in the 1730s, there were pockets of time when heels were reintegrated into the male wardrobe not as a way of challenging masculinity but rather as a means of proclaiming it”. 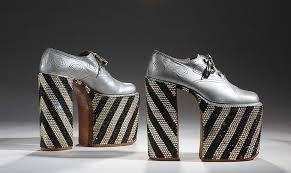 While some lifestyles today continue to accept men dressing in heels; the rugged cowboy in heeled boots is the perfect example, for most men even an extra inch on a pair of business brogues can prove to be highly destabilizing; calling their masculinity and intentions into question. But with the advantages of height currently connected to everything from higher pay to increased desirability, the real question is why don’t men wear heels? This exhibition will explore this question, as well as others including the controversial use of heels and lifts by a number of heads of state.
Offering rare examples of men’s heeled footwear from the seventeenth and eighteenth centuries, mid-nineteenth century military boots, 1930s cowboy boots and 1940s biker boots, visitors also have the opportunity to view John Lennon’s original 1960s Beatle boot, platforms worn by Elton John in the 1970s, and recent heels from haute couture collections, all from the Museum’s own holdings.
Standing Tall is the kickoff exhibition for the BSM’s 20th anniversary year of celebration.  For more information on what’s happening this year visit our BSM Turns 20! Page 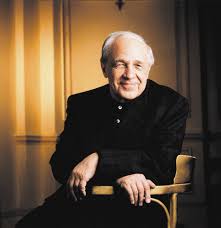 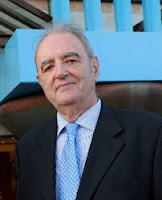 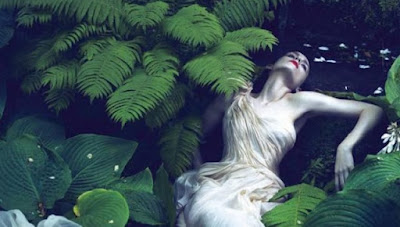 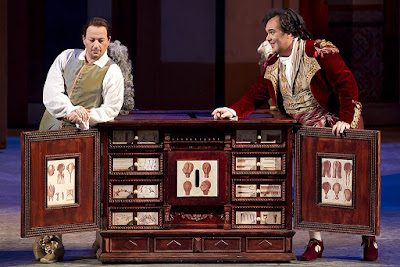 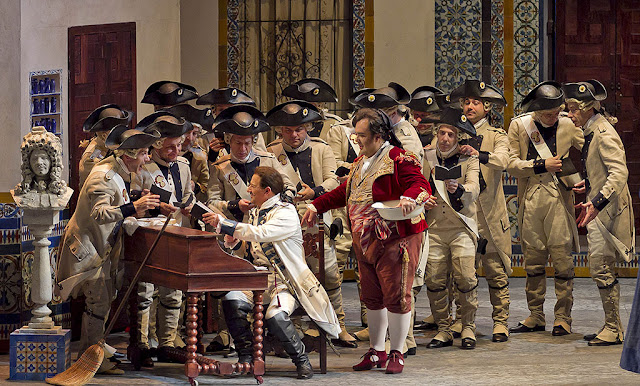