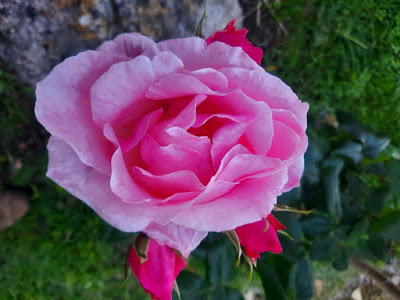 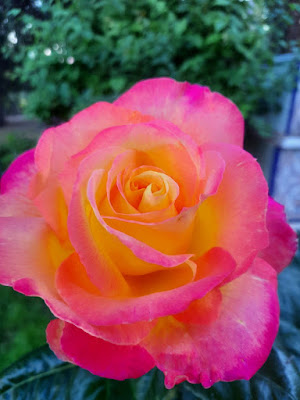 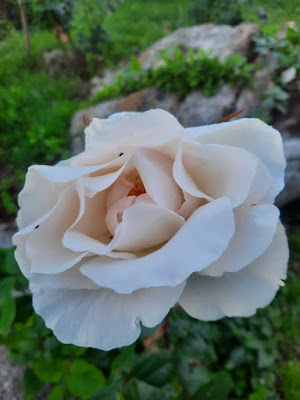 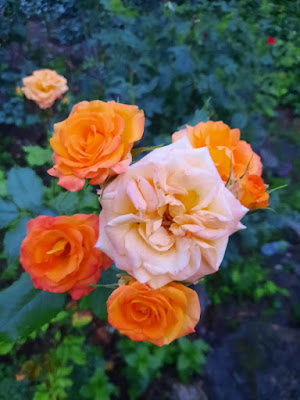 Set in a monstrous Transylvanian world, Resident Evil Village is an expertly crafted game packed full of survival and horror which will delight and terrify you in equal measure.

If Resident Evil Village can be summarised in one word, it would be tense.

Taking place 3 years after RE7, Ethan Winter's attempts at a subtle, family life comes crashing to a halt one night. There’s suddenly gunfire, a kidnapping, Chris Redfield, and suddenly Ethan finds himself in the village; a deserted place ravaged by werewolf mutants. Lovely.

Ethan’s mission to rescue his daughter (and himself) seems almost impossible when faced with the four local lords and their enigmatic leader, Mother Miranda.

Immersive gameplay teaches you to 'fear everything’

I’m only 10 minutes into playing Resident Evil Village, and Ethan Winters has already lost half his left hand. I sigh deeply and agree to the game’s terms – expect anything.

From then on, every darkened room is entered under the sights of a gun. Every door opened with bated breath, and my nearest escape route committed to memory.

In one instance, I spent an enormous amount of time, sneaking across an abandoned farmyard, tip-toeing through the corn only to discover I was alone. It so happens most of the fear (and fun) of playing Village stems not from the game’s actual content, but my imagination.

It is a game that relishes off your paranoia, constantly threatening what could be in the next room.

This unfounded fear is heightened by the game’s first-person perspective, which gives you a front-row ticket to every horrifying enemy, every bloody dispatch and every empty path.

The highly detailed graphics are both a blessing and a curse. Every lighting effect, every shadow cast and the faintest sign of humanity is in and of itself a storytelling device. Sound is also an effective medium, where a creaky door or gnarl from above, below or behind you will stop you in your tracks.

Resident Evil is a franchise enamoured with iconic, memorably boss fights. Village is no exception to this. Each of the four lords you’ll face, along with Mother Miranda herself, are more absurd than the last.

Undoubtedly, the breakout star is Lady Dimitrescu, a 9ft 6" vampire. Equipped with retractable claws (as any good vampire should), and with 3 doting vampire daughters by her side, Dimitrescu engages in an iconic cat-and-mouse chase with Ethan around her gothic castle. He may lose a hand along the way.

She has become a bona fide gaming legend, with several mods already being produced to celebrate, parody and otherwise expand upon the most iconic vampire character in recent years.

And whilst I won’t spoil the specifics of what else Village has in store for you, suffice to say the vampires are the least of your worries.

Nothing wrong, but nothing new

For players who haven’t played prior instalments, an effective introduction video will fill in all blanks. For veteran players of the franchise, Village plays on past strengths and doesn’t rock the boat tremendously with any new features.

Like all Resident Evil games, ammo is scarce. If you enjoy rationing supplies and counting every bullet, you will relish what Village has to offer.

Ethan can carry and craft a variety of weapons, ranging from handguns to shotguns, a sniper rifle and more. Gameplay sticks to familiar territory, which is hardly a criticism given RE7’s calibre.

The game’s merchant and pseudo guide ‘The Duke’ appears frequently throughout, selling a multitude of upgrades. Invest accordingly and the game won’t be unreasonably difficult to complete.

That said, you can increase the chaos, carnage and cruelty of your playthrough with the game’s four difficulty modes. The latter of which you can unlock by completing the game or buying the DLC, and is aptly described as ‘survive the unsurvivable’.

A fitting addition to a gaming legacy

The Resident Evil franchise is over 25 years old and on the whole, has frequently experimented with its formula. Whilst Village doesn’t do anything genre-defining, it is still a beautifully executed game that you’ll relish playing (and replaying).

From visceral gore and haunting sounds, the atmosphere is always tense; you’re never more than a few steps away from a frightening moment, and help ground an otherwise bonkers plotline.

Whether it’s the village itself, or the castles and labyrinths beyond, it’s a game begging to be explored, and yet will punish your curiosity at every corner. A cast of campy, chaotic villains will entertain and horrify in equal measure, and leave a lasting impression long after the ending credits roll.

With Resident Evil Village, you’ll shoot, sneak and survive your way through 10+ hours of terror, most of which will be from your imagination.

Empathy Revisited: Designs for more than one

Pera Museum hosted the 5th Istanbul Design Biennial, organized by Istanbul Foundation for Culture and Arts (İKSV). For the 5th Istanbul Design Biennial, organised with the support of Republic of Turkey Ministry of Culture and Tourism and under the sponsorship of VitrA, curator Mariana Pestana teamed up with Sumitra Upham (Curator of Programmes) and Billie Muraben (Assistant Curator & Deputy Editor).

Today, we understand empathy to be a way of connecting with other people. But empathy’s original meaning encompassed the transference of feelings into objects and the natural world. The 5th Istanbul Design Biennial took empathy back to its roots to explore how design might equip us to feel into territories, landscapes, microorganisms, other species, and also one another.

With the aim of carving out a space of responsibility and developing a culture of attachment towards the more-than-human, this Biennial put forward a proposition: designs for more than one. Working collaboratively with designers, artists, architects, activists and thinkers, the biennial explored designs for multiple bodies, dimensions, and perspectives. The projects that the biennial presented encourage us to rethink practices of care and civility at this critical moment in time, and to collectively build new systems and structures for re-connecting. 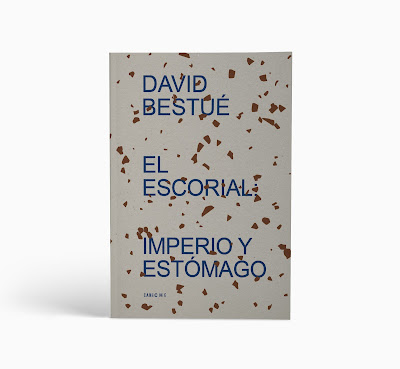 Over the course of his research into the royal monastery of El Escorial, David Bestué came to realise, when discussing his findings with others, that not many people had actually been there. As for those who had, they were now left with somewhat hazy memories of it. It seems that people are either indifferent about the place, or else they celebrate it patriotically, revelling in all its anecdotes and curiosities. For some, this monastery complex is a curse, the vestige of something that just won’t go away; others, though, see it as a kind of hallowed storeroom, packed with the living essence of Spain.

This text calls into question the unchanging values which still feed into the idea of staunch and robust Spanish greatness. It talks about the war-hungry and authoritarian government of King Felipe II, about the plundering of America, about the building’s different periods of glory and decay, and about its many fires, lootings and reconstructions. The monastery is like a chalice, one which is either full or empty, depending on the situation in Spain and the shifting perceptions of religion, the army and the monarchy. More than just a poetic, eternal, silent and unshakeable rock, the monastery is Spain’s black box: it records all the country’s shocks and upheavals, regardless of attempts to cover them up. It is the symbol of something which is thought to be permanent, central, hegemonic; it is both a physical and an ideological structure.

David Bestué (Barcelona, 1980) is an artist who works in sculpture and writing. Of his individual exhibitions, highlights include Realismo, La España moderna and, at the Reina Sofía Museum, Rosi Amor, a material and formal investigation, inspired by the Madrid neighbourhoods of Las Tablas and Vallecas, as well as El Escorial, a setting which has been an ongoing source of interest for him over the past few years. With Caniche, he has published Historia de la fuerza (2017), a visual study of the technological, material and structural evolution in Spain, based on the modern history of its engineering.

Want to hear more from your favourite finalists of this unprecedented Piano session? Be it still via live stream, or in the presence of a small audience, we are happy to announce that quite a few concert organisers decided to present the laureates, despite of the complex situation.

We kick off with the laureates’ concert, with the 4th, 5th and 6th laureates; this year exceptionally a digital concert, streamed from the Queen Elisabeth Hall in Antwerp, in collaboration with the Antwerp Symphony Orchestra, conducted by Jonathon Heyward. This stream can be followed live on Monday 7 June at 8 pm on Radio Klara and on the website of the orchestra, on our own website and on klara.be.

The closing concert with the 1st, 2nd and 3rd laureates and Brussels Philharmonic conducted by Stéphane Denève will take place on Wednesday 9 June at 8 pm in the Brussels Center for Fine Arts, in the presence of a limited audience, consisting of the persons and companies who made possible the organisation of this exceptional Piano Competition 2021. The concert will be broadcast live on Ketnet, Klara, vrt.nu and on our website. The first three laureates will also perform at the Bruges Concertgebouw, on Saturday 12 June.

The first laureate has won both prizes of the public as well. As the Musiq3 Prize, he will give a recital at the Festival Musiq3 in Flagey on Saturday June 26th. In September, he will perform at the prestigious Rheingau Festival in Germany, followed by a tour in Korea (together with Sergei Redkin). In December he will give a concert with the Orchestre Philharmonique du Luxembourg and a recital at the Centre for Fine Arts in Brussels. An extensive tour for Steinway & Sons is scheduled for the 22/23 season. 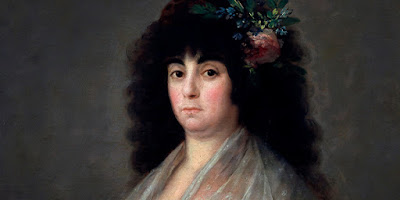 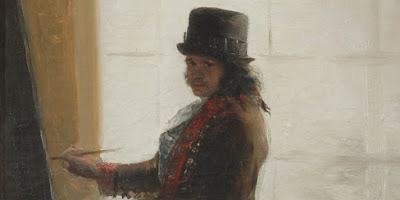 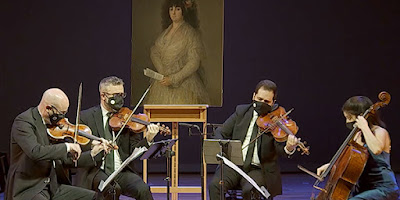 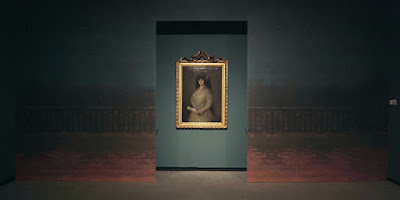 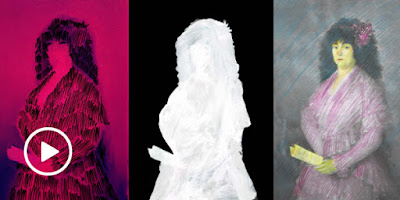 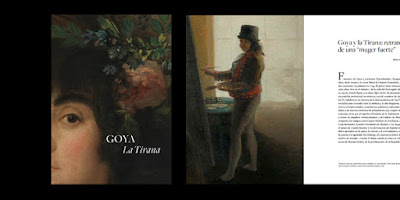 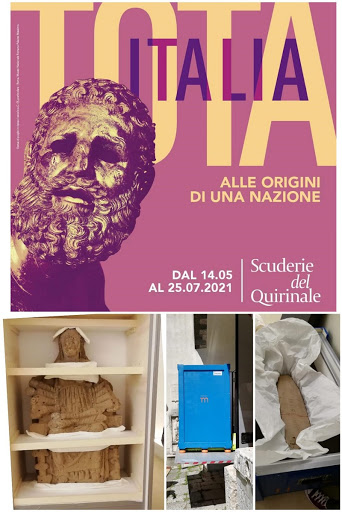 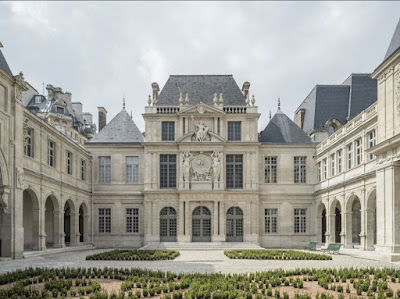 BRITISH MUSEUM, LONDON, A NEW EXHIBITION: NERO THE MAN BEHIND THE MYTH 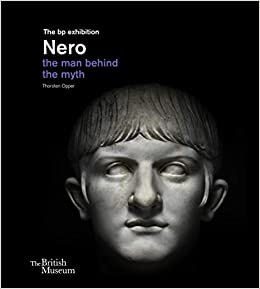 Nero is known as one of Rome's most infamous rulers, notorious for his cruelty, debauchery and madness.

The last male descendant of the emperor Augustus, Nero succeeded to the throne in AD 54 aged just 16 and died a violent death at 30. His turbulent rule saw momentous events including the Great Fire of Rome, Boudicca’s rebellion in Britain, the execution of his own mother and first wife, grand projects and extravagant excesses.

Drawing on the latest research, this major exhibition questions the traditional narrative of the ruthless tyrant and eccentric performer, revealing a different Nero, a populist leader at a time of great change in Roman society.

Through some 200 spectacular objects, from the imperial palace in Rome to the streets of Pompeii, follow the young emperor’s rise and fall and make up your own mind about Nero. Was he a young, inexperienced ruler trying his best in a divided society, or the merciless, matricidal megalomaniac history has painted him to be?

Experience some of the largest paintings ever created by Edvard Munch in a dedicated double-height space. These enormous artworks are versions of the paintings made by Munch for the University of Oslo’s Ceremonial Hall in connection with the university’s centenary in 1911. 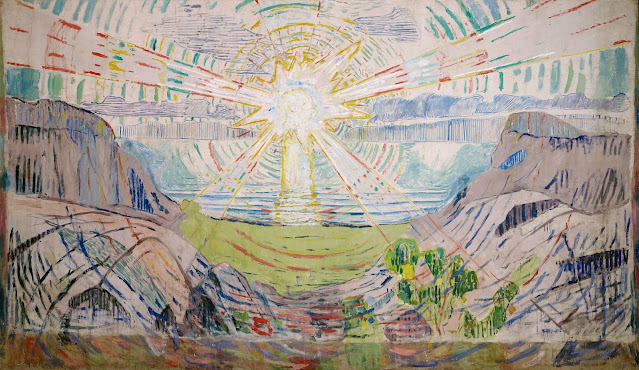 Munch and several other artists were invited to compete for the commission and Munch worked tirelessly for years, producing several hundred preparatory works and sketches. In order to work on this massive scale, he built a series of outdoor studios at his home where he created several versions of each motif in different sizes.

We invite visitors to take an inside look at Munch’s creative process for his first major project for a public space, showing how he succeeded in realizing these works through an extraordinary combination of energy, resourcefulness and persistence.

We present The Sun as a new departure in Munch’s career, symbolizing the power and ingenuity of life, and as a work that encompasses a number of narratives linked to the natural sciences, religion and the birth of the universe. 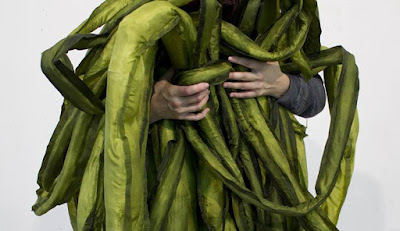 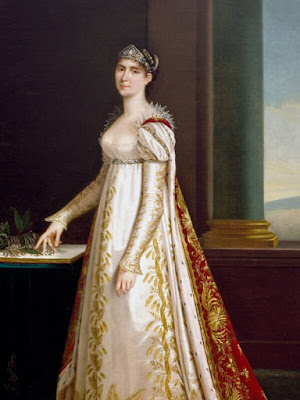 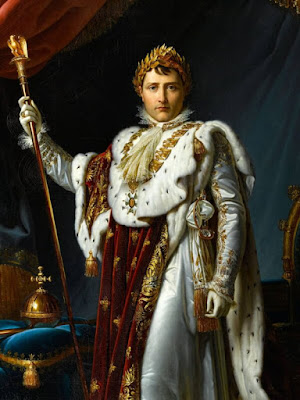 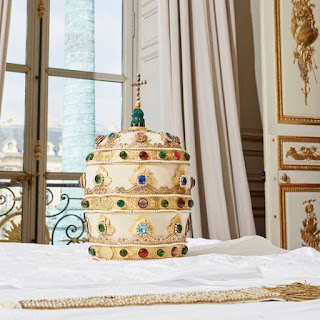 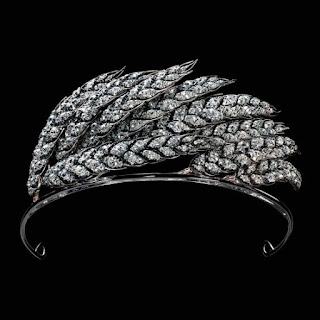 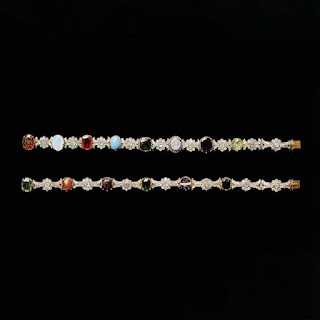 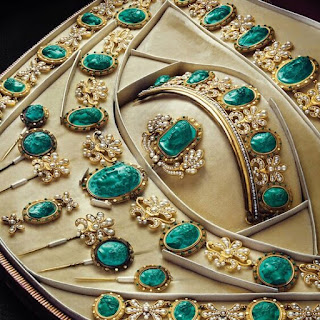