A MUSEUM FOR THE DIVINE MARIA CALLAS IN ATHENS NEXT SUMMER. MOSTRA ALLA SCALA, "ZEFFIRELLI, GLI ANNI ALL SCALA

What we'll see at the new museum dedicated to the iconic Greek opera star, set to open in central Athens in the summer of 2023.

Before getting involved with the Maria Callas Museum, architect and museologist Erato Koutsoudaki loved classical music but was not much of an opera fan. “And what I knew about Callas was what all of us more or less know: that she was an amazing artist, a Greek with an international career and a turbulent, glamorous life.

Now that I know so much more, I’d rather focus on her incredible professionalism, her discipline and determination. She’d move heaven and earth to get the job done the way she wanted it done.” 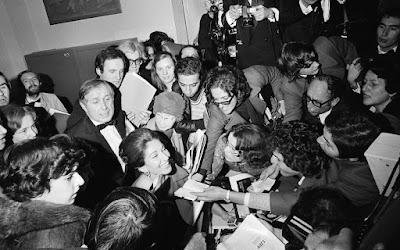 We spoke with Koutsoudaki, as well as with Maria Florou, head of the Industrial Museum Department at Technopolis SA – the company that runs the City of Athens’ cultural complex of the same name in Gazi – ahead of the launch next summer of a new museum in a lovely small neoclassical building at 44 Mitropoleos Street dedicated to the great Greek opera star.

The idea for such a museum first started taking shape about a decade ago, Technopolis CEO Kostis Bitzanis said, and was inspired by a small collection of personal items belonging to Callas that was purchased at an auction in Paris. “Once the idea of housing the museum in one of the old warehouses at the Technopolis gasworks complex was rejected, this municipal-owned building was located and the architectural studies could commence,” he explained.

The project is now in full swing and is based on an updated study and design by Andromache Gazi, an associate professor of museology at Athens’ Panteion University.

“It has a budget of a million euros and we believe that it will be able to fund itself in the future thanks to visits, sponsorships and revenues from the shop, cafe and events hall it will have,” said Bitzanis.

“Maria Callas’ voice and stage presence are the stars of the show at the museum,” added Koutsoudaki.

The exhibition will be spread out over two floors. On the top floor, there will be four rooms introducing the visitor to Callas in her three manifestations: singer, actor and teacher. The first room is inspired by “Norma,” the second by “Tosca,” the third by “La Traviata” and the fourth by the Juilliard School of performing arts and the masterclasses Callas gave there a few years before her death.

The lower floor – whose connecting staircase also serves as a display area – tells the story of her life in a wealth of exhibits, audiovisual and written material, shedding light on her personality, and on the roles and people who had the greatest impact on her.

The number of these exhibits, both physical and digital, comes to around 500 and includes props and costumes, posters, personal correspondence, documents, sheet music complete with her notes on the margins, items of clothing, medals and works of art. Most of the pieces come from important private collections, with a few from public ones.

“Some of the exhibits are truly moving,” said Florou. “For example, a chinchilla fur that was acquired by the Municipality of Athens and Technopolis at an auction in Paris was the first piece of our collection.

There’s also a mirror from a production of ‘La Traviata’ at La Scala, which she used to fix her makeup in the dressing room. There are also quite a few dresses and gowns – my favorite is the one she wore in 1955 at the reception for ‘La Traviata’ – as well as a small notebook filled with dedications from schoolmates, teachers and friends from her trips from America to Greece.”

Music will also play a very important part in the new museum, thanks to the contribution of adviser Alexandros Charkiolakis, who is head of the Athens Concert Hall Friends of Music Association. It will fill the space, play over earphones, loudspeakers and screens to introduce visitors to the woman who was so instrumental in shaping how we listened to opera in the 20th century.