Nearly a decade after the Arab Spring scared off tourists, the Petra Museum is poised to welcome back visitors—and open up access for locals 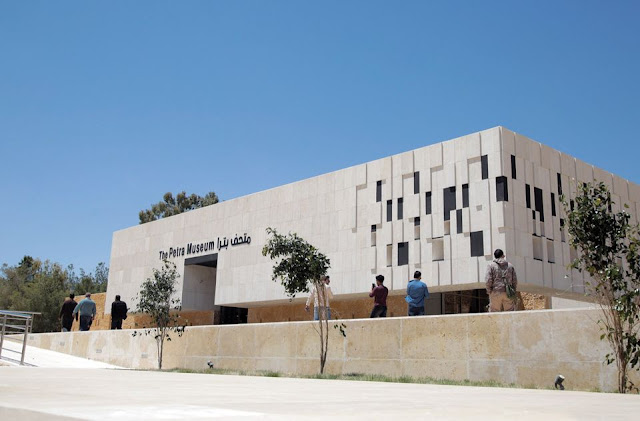 The Petra Museum, built with a grant from the Japanese government, is located near the entrance to the World Heritage site Courtesy of the Japan International Co-operation Agency

The Unesco World Heritage site of Petra in Jordan has reached a major milestone with the opening of the new Petra Museum. Five years in the making, it was built near the entrance to the archaeological park with a grant of more than $7m from the Japan International Co-operation Agency. The museum was inaugurated on 18 April by Jordan’s Crown Prince Hussein.

Archaeological finds from the 2,000-year-old capital of the Nabataeans were long displayed in the park itself, in museums that were far from ideal for collections management or accessibility. The new venue, designed by Japanese architects Yamashita Sekkei, has 1,800 sq. m of climate-controlled galleries presenting nearly 300 objects from Jordan’s Department of Antiquities. Their numbers will grow when loans to The World Between Empires exhibition at the Metropolitan Museum of Art in New York return after 23 June.

Best known for its elaborate tomb facades carved into sandstone cliffs, Petra is recovering as a tourist destination after the sharp drop in numbers in the wake of the Arab Spring uprisings of 2011. The museum’s opening is well-timed to welcome back visitors, with a location that makes a convenient first stop on their itineraries.
Petra’s rich heritage is also now more accessible to locals from the town of Wadi Musa and the region, including those with disabilities. The museum offers much-needed public open space, including an ornamental pool and courtyard. The significance of the move is clear: this is a place for everyone, not just foreign tourists.

And while Japan played a key role in building the museum, the displays and multimedia content were developed largely by Jordanian curators, scholars and designers. The recognition of local expertise is especially important as previous museum projects in the country have relied heavily on foreign institutions, companies or independent scholars. The museum is managed by the Petra Development and Tourism Regional Authority, under Jordan’s prime minister, in co-ordination with the Department of Antiquities.

The galleries range from the Stone Age to the present, opening with a focus on the sophisticated engineering that supplied water to the ancient desert city. The centrepiece is Active Nabataeans, a circular hall with around 20 sculptural and architectural elements and an appealing animated floor projection tracing the emergence of the Nabataeans.

Further galleries explore life and death—from the famous Treasury tomb and recent archaeological discoveries to frescoes and mosaic floors. Nabataean Expressions presents scripts in Nabataean, Greek and Latin, reflecting the cosmopolitan identities of these skilled incense traders and their connections with the wider ancient world. Waning of Petra follows the Roman annexation to the Byzantine and early Islamic periods. A second-century stone block inscribed “Petra Metropolis” is one of the few surviving mentions of the Greek city name. Visitors will also learn the Nabataean name Raqmu, reclaiming an important aspect of local identity. Finally, Revitalisation of Petra tells of the site’s rediscovery by European explorers in the 19th century, the many archaeological and heritage projects conducted there today, and local Bedouin traditions. 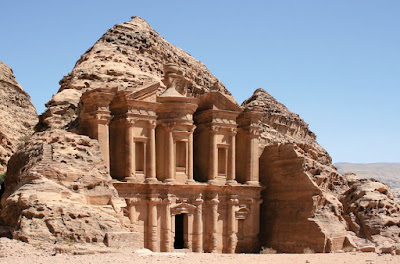 The broadly chronological narrative is well-considered and the aesthetic treatment of stunning objects, without overwhelming the visitor with text, is a major strength. However, there is sometimes an over-dependence on interactive touchscreens to provide detailed context, leading to a disconnect between specific exhibits and their histories.

Around 50 artefacts are displayed in a museum setting for the first time, including a Roman statue of Aphrodite that was excavated in fragments in 2016. Other objects, long in storage, are getting a new lease of life. But surprisingly few coins are represented, given their abundance in Petra. The Petra Papyri are not yet on view, requiring a special vitrine for light-sensitive documents.

The nearby visitor centre, which hosted displays during the museum’s construction, will no doubt be adapted to continue serving tourist and community needs for education and engagement. The museum has limited storage space and there is still a need for dedicated conservation facilities.

In the weeks since it opened, the Petra Museum has been well received by visitors, and is representative of several new museums that have opened in Jordan in recent years, including the Jordan Museum in Amman. With a resurgence in tourism and increased local community access, the opening sets an optimistic tone for the future.
https://www.theartnewspaper.com/review/new-petra-museum-hopes-to-draw-crowds-back-to-jordan-after-recent-political-instability