History: Since the Al Bustan Festival was founded in 1994, it has established in Lebanon a unique and unprecedented tradition of a music season in winter.

The founders wished to revive the cultural life of a country reemerging after seventeen years of war. The Festival has indeed reached its objective, presenting each year more than thirty performances over a five week period in February and March. With a predominance of chamber music, the Festival also includes opera, orchestral concerts, choral concerts, dance, marionettes and theatre. 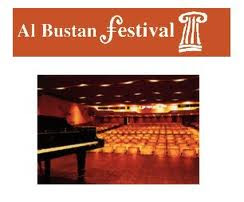