HERE GIACOMO PUCCINI. FIND OUT MORE ABOUT ONE OF THE WORLD’S BEST KNOWN OPERA COMPOSER

‘Puccini is dollar’, declared Zigmars Liepins of Latvian National Opera after his sold-out Viva Puccini Festival.  From Riga to Madrid, Oslo to Torino, Beijing to Buenos Aires, Puccini’s most famous operas have retained their hold on the public for over 100 years.  Today they are more popular worldwide than ever. 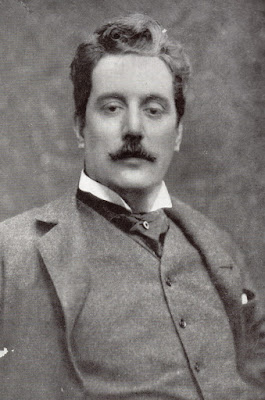 Born in Lucca on 22 December 1858, Puccini had an unrivalled gift of melody which speaks directly to the heart.  He matched that gift by developing a keen instinct for drama.  His pacing is immaculate.  He harassed his librettists, insisting that they rewrite the texts over and over again until he could fuse them with his music to create instantly recognisable characters.

‘I want to make people weep: therein lies everything…Love and grief were born with the world…We must therefore find a story which holds us with its poetry and its love and its grief and inspires us to the point that we might make an opera of it’ - Puccini to his librettist Luigi Illica in 1912.

Giacomo Puccini was born into a family of musicians.  All four of his direct ancestors had occupied the post of Organist and Choirmaster at the beautiful Cathedral of San Martino in Lucca.  His father Michele died when little Giacomo was only five, to be succeeded by his brother-in-law, with the provision that he must cede the position ‘as soon as Signor Giacomo be able to discharge such duties’.  His widow Albina, who was 18 years younger than her husband, single-handedly brought up her seven children.

At 15, Puccini began to play the organ at services, and started composing soon after.  When 18, the impoverished young musician walked the 20 kilometres from Lucca to Pisa to hear the first local performance of Verdi’s Aida.

‘When I heard Aida in Pisa, I felt that a musical window had opened for me’

Puccini entered the Milan Conservatory in 1880, subsidised by his mother and a scholarship from Queen Margherita, and took his diploma three years later.  His first opera Le Villi was successfully performed in 1884 and it won him a contract with Italy’s leading music publisher Giulio Ricordi, who became both mentor and surrogate father.   Albina, worn out by poverty and hard work, died that year and was mourned by her devoted son for the rest of his life.

Puccini was joined in Milan by Elvira Gemignani, who abandoned her husband to live with the composer.  The 1880s were his ‘bohemian’ years, a heady mixture of love and poverty.  The couple moved to Torre del Lago, beside Lake Massaciùccoli and not far from Lucca, in 1891.  His second opera Edgar had been performed at La Scala and he was working on Manon Lescaut, which premiered in Torino in 1893 and was to become his first enduring success.  Despite struggling to work with seven different librettists, Puccini captures the intensity of the doomed affair between the capricious young Manon and her infatuated lover des Grieux with a passion he never subsequently equalled.

But it is La bohème, premiered three years later also in Torino, which defines Puccini’s genius.  Though set in 1830s Paris, it might as easily depict the loves and struggles of young artists living in Milan fifty years later; or indeed of those in any age who have experienced what it is to be young and poor.  Its skill lies in treating its universal theme with such precise accuracy.  Not a note is wasted.
La bohème conquered the world, which recognised Puccini as Verdi’s successor as the torchbearer of Italian opera.  At the beginning of the new century, it was followed by the premiere in Rome of Tosca, specifically set in Roman locations and political events of 100 years earlier, and telling the fictitious story of an opera singer and her republican lover, both pursued by a sadistic chief of police. Its popular success cemented Puccini’s reputation as a master of melodrama.

Norwegian Opera’s Tosca, re-imagined as an existential drama of today by Calixto Bieito, demonstrates that it does not need to be confined to an historic time and place to be effective.

Puccini was an early enthusiast for the motor car, but was injured in an accident in 1903, the same year as he was diagnosed with diabetes. Still more wounding to his esteem was the initial failure of his next opera Madama Butterfly at its Milan premiere, his first at La Scala since Edgar 15 years before. He had been confident of his creation, even and unusually inviting his family to the performance: it was a work ‘into which I have poured my heart and soul’. It was immediately withdrawn but won over the public after revisions first in Brescia, later in Paris. Despite or because of its chequered beginning, it was Puccini’s favourite among his operas, the one of which he never tired hearing.

The early years of the new century proved difficult for Puccini.  His wife Elvira became jealous and wrongly accused their servant Doria Manfredi of having an affair with him.  The girl’s suicide, for which Elvira was held responsible, led to a temporary estrangement.  One of his faithful librettists, Giuseppe Giacosa, died, and he struggled to find a subject for his next opera.  Eventually, he adapted another drama by David Belasco, author of the original Butterfly play.  This time it was about the American Gold Rush, its wildwest mining community and the feisty proprietress of their local bar, Minnie. The Girl of the Golden West received a high profile premiere at the New York Met in 1910.

The death of Giulio Ricordi in 1912 and the outbreak of World War One, in which Puccini remained neutral but confined to Italy, furthered his sense of isolation.  A commission to write an operetta for Vienna transmuted into the charmingly bitter-sweet La rondine, first performed in Monte-Carlo in 1917.  Meanwhile he had been working on an ambitious triptych of contrasted one-act operas: the earthy and veristic Il tabarro set on a barge on the river Seine near Paris; Suor Angelina, the story of an unmarried mother in an Italian convent; and Gianni Schicchi, a masterly comedy after Dante celebrating renaissance Florence.  Because of the war, Puccini was unable to attend the premiere of this Trittico at the Met in 1918.

‘I have always carried with me a large bundle of melancholy.  I have no reason for it, but so I am made’ – Puccini to his librettist Giuseppe Adami in 1920

Puccini was attracted by strong and domineering women, but he was also drawn to the vulnerable and suffering.  His operas, sometimes in sequence and other times simultaneously, portray both types.  His final opera contrasts the ice-cold Chinese princess Turandot with the loyal slave-girl Liù, who sacrifices her life for the Prince Calaf whom she loves, an echo of the tragedy of Doria Manfredi from almost 20 years earlier in the composer’s life.  Turandot is a magnificent grand opera, with large choral and orchestral forces, but Puccini did not live to complete its final love duet.  A heavy smoker, he survived an operation for throat cancer, but died of heart failure in Brussels in 1924.

The Almighty touched me with his little finger and said: ‘Write for the theatre - mind, only for the theatre’.  And I have obeyed the supreme command’ – Puccini to Adami in 1924.

Arturo Toscanini conducted the first performance of Turandot at La Scala in 1926.  It marked the end of a long tradition of Italian operas created as popular entertainment in Italy.