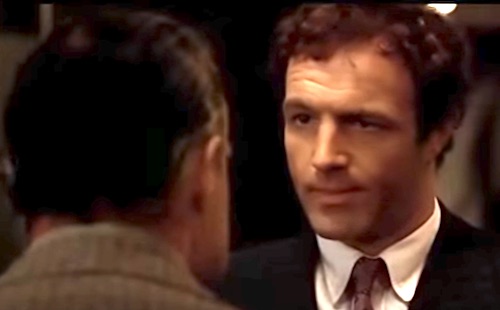 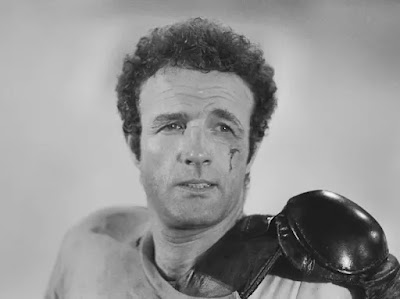 James Caan on the set of the 1975 film Rollerball.

James Edmund Caan was an athletic kid from the Bronx, the son of German-Jewish immigrants who grew up to play tough movie guys: sailors, football players, gangsters and was one of the most recognizable screen actors of his era.

Best known for his explosive turn as Sonny Corleone in The Godfather and as a dying professional football player in the made-for-TV-movie Brian's Song (which earned him Oscar and Emmy nominations, respectively), Caan lent an eminently watchable machismo to dozens of films and shows.

In Misery, he was a famous author held captive by Kathy Bates. In Gardens of Stone, he was a heartsick Vietnam vet reluctantly guarding the Tomb of the Unknown Soldier. In Elf, he played against type as a failing children's book publisher who is also the main character's dad.

After starting in theater and television, Caan burst into Hollywood like a comet, appearing in films by some of the most renowned auteurs of the era, including Howard Hawks (El Dorado), Robert Altman (Countdown) and Francis Ford Coppola (The Rain People). His burst of early success led to a period of difficulty, both personal and professional. Caan married and divorced several times, got into on-set arguments and publicly struggled with substance abuse and depression.

He turned down numerous films that would prove to be pivotal for other actors, including Kramer vs. Kramer, Apocalypse Now, M*A*S*H and One Flew Over the Cuckoo's Nest, choosing projects instead that became flops.

"There are pictures I made that I still haven't seen," he told The New York Times in 1991. "I was depressed when I was making them. In the middle of some of these pictures, I kept thinking, 'What am I doing here?' It's like you're in a hallway and you can't get out."

Misery helped turn things around. The former athlete spent much of the 1990 movie tied to a bed. Caan also anchored the movie emotionally. His actorly range was immense; he performed in song-and-dance films such as Funny Lady and For The Boys but also in dark, serious films such as Dogville by Danish auteur Lars von Trier.

Caan worked steadily up until the end of his life, playing grandparents, colonels and inevitably, himself, in animated appearances on Family Guy and The Simpsons.