By MELISSA EDDYMAY
Christopher A. Marinello, a lawyer who specializes in tracking down looted and stolen art, with the recovered Matisse, "Femme Assise," in Munich on Friday. Credit Wolf 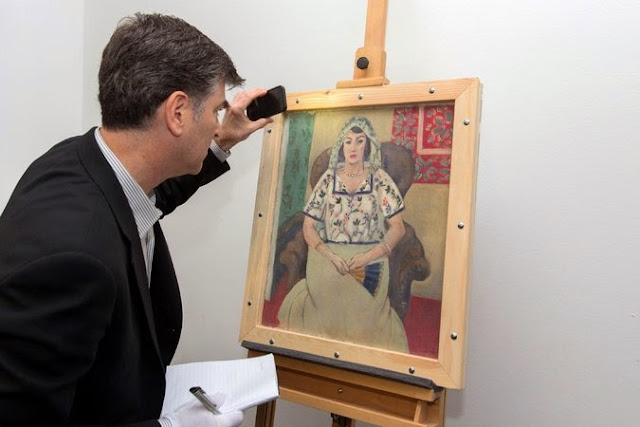