THE SEARCH FOR NEW YORK PHILHARMONIC’S NEXT MAESTRO 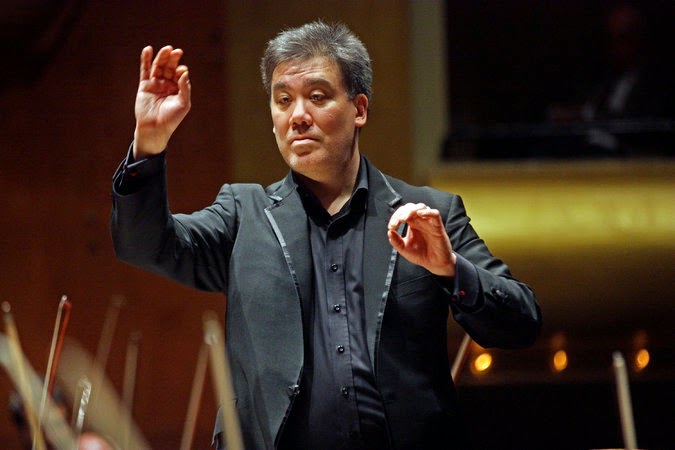 Early in 2001, during the final phase of the New York Philharmonic’s hapless, embarrassingly leaky three-year search to find a successor to Kurt Masur as music director, the players of the orchestra were granted unusual input into the deliberations. The discussions led to the appointment of Lorin Maazel, then 70, a last-minute candidate. In retrospect, there may have been drawbacks to giving the players so much say.
Mr. Maazel, who died last year at 84, was a formidable conductor with a vast repertory and unsurpassed technical skills. But he had a reputation for being alternately overbearing and oddly detached, and a baffling penchant for manipulating phrases with interpretive tweaks. In time, during his seven-year directorship, these problematic qualities wound up upsetting many of the players who had pushed for him.
This story is pertinent now that a search committee at the Philharmonic is immersed in finding a successor to Alan Gilbert, who will step aside as music director in 2017 after eight seasons. Even if just as a symbol, it is significant that the largest contingent on the committee — consisting of four board members, two executive officials and five players — is made up of musicians. 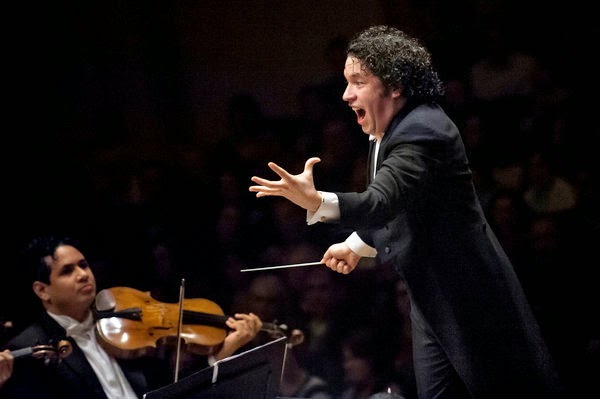 There has been much speculation over why Mr. Gilbert is leaving. It would seem that for some players he is just not inspiring enough, notwithstanding the tireless commitment and innovation he has brought to the orchestra.
It’s hard to know how things are progressing. Major orchestras try to keep these searches secret. But everyone involved with the current search would do well to keep in mind something that might seem counterintuitive: The players of an orchestra, even those as impressive as the members of the Philharmonic, are not necessarily the best judges of what their institution needs from a music director. They are not even the last word in assessing how their performances are coming across to audiences.
Obviously, the musicians have insider, expert knowledge of a conductor’s skills, efficiency and style. Yet, it takes a music director with a strong artistic vision to guide the institution into new realms. The players naturally admire conductors who inspire them to perform at their best. But the concert hall is their workplace; they also covet routine and predictability. Finding the right balance is never easy; some disgruntlement among the ranks is inevitable. 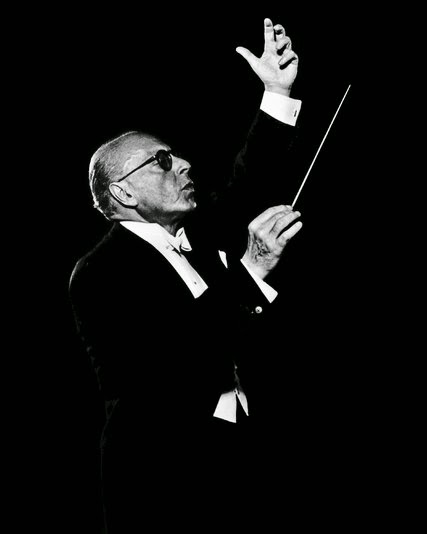 George Szell, who conducted the Cleveland Orchestra from 1946 until his death in 1970. Credit New York Philharmonic Leon Levy Digital Archives

There are instructive instances of players making forceful initial judgments about conductors that they wound up realizing were flawed. In 2005, news leaked out from the Baltimore Symphony Orchestra that Marin Alsop, then 48, a protégé of Leonard Bernstein, would be the ensemble’s next music director, making her the first woman to take charge of a major, big-budget American orchestra. The move was openly criticized by some outspoken Baltimore players, and the voices were too numerous to be dismissed as typical grumbling from jaded musicians. They complained of having been sidelined during the deliberations. Some questioned Ms. Alsop’s expertise and stature within the field.
Ms. Alsop met with the musicians, and tensions were soothed. Even as director-designate, she reinvigorated the orchestra artistically and institutionally. She began her official tenure in 2007 with an exhilarating program pairing John Adams’s “Fearful Symmetries” and Mahler’s Fifth Symphony. Today, it’s hard to imagine what the objections of the players could have been. Among her exemplary outreach initiatives is OrchKids, a program that provides free music education and instrumental training to school children in Baltimore. In 2013, her contract was extended through 2021.
The process that brought Mr. Maazel to the New York Philharmonic was almost an opposite narrative. The search had come down to Mariss Jansons and Christoph Eschenbach. Both were viewed as immensely accomplished conductors, though neither seemed ideal for the Philharmonic at that time. Then, in the fall of 2000, Mr. Maazel made his first guest appearances with the orchestra in nearly 25 years. The players, instantly won over, agitated for his appointment. Though a few voices within the institution warned against this move, Mr. Maazel was appointed and the musicians, over all, rejoiced. 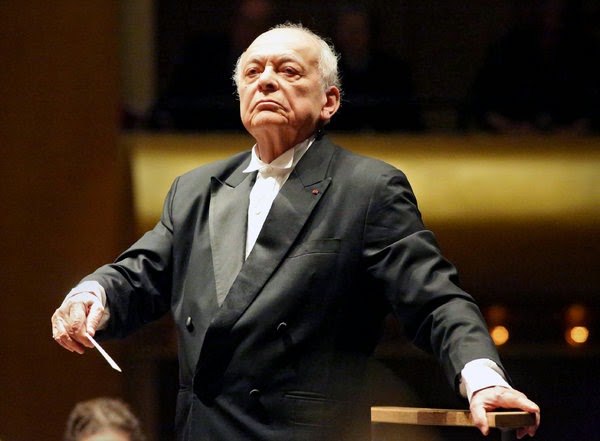 During his first seasons, Mr. Maazel led some indisputably extraordinary performances. The musicians heaped praise on him, a frequent testimonial being that he made their working lives easy.
But his programming, if not conservative (he conducted quite a few contemporary works), was conventional. He had no interest in becoming any kind of cultural leader in New York. As time passed, he became increasingly aloof. “Sometimes the level of disinterest is astounding,” one violinist was quoted as explaining in an article in 2009, though, on the positive side she added that Mr. Maazel “stays out of our way and trusts us and lets us play.”
That proved insufficient at a time when the very relevance of orchestras was being questioned across America. As a replacement for Mr. Maazel, the Philharmonic unsuccessfully courted another eminent maestro, Riccardo Muti. When in 2007 the Los Angeles Philharmonic made the stunning announcement that Gustavo Dudamel, then little-known and just 26, would become the orchestra’s music director in 2009, the New York Philharmonic also went for relative youth and appointed Mr. Gilbert, 40 at the time. 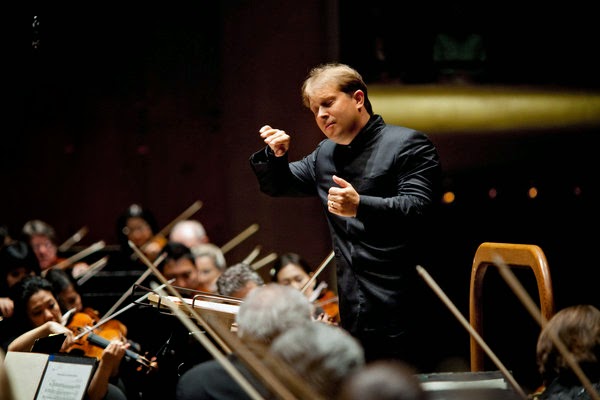 Orchestra musicians, like all of us, are people, motivated by all manner of things. Sometimes they want a revered maestro to lend gravitas. Other times they might think a young firebrand will attract media attention and flash. After an extended relationship with a boss of a certain personality, they might yearn for a change: a less verbose maestro after a tiresomely talkative one; an instinctive communicator in the wake of someone cryptic.
Lost in this shuffle can be many excellent midcareer artists, some of whom are not widely known and harder to sell to audiences. Why is, say, the Dutch conductor Jaap van Zweden, 54, music director of the Dallas Symphony Orchestra, significantly better than, say, Manfred Honeck, an Austrian, 56, of the Pittsburgh Symphony Orchestra? Both have been mentioned for the New York Philharmonic job. Two other established conductors under serious consideration, both of them exciting and visionary musicians, may be advantaged by having higher profiles with audiences in New York: Esa-Pekka Salonen and David Robertson, both 56.
If the players are sometimes drawn to the eminences, this stems surely from their student days. In music schools, aspiring musicians come to revere masterly teachers, artists who can pass on lifetimes of insights. Some are authoritarian and crusty, though most students are willing to endure rough treatment to learn the secrets of the art form. Others are benevolent and patient, which is not necessarily more effective. Masters of both types have made it to the annals of legendary maestros.
George Szell was an unapologetic autocrat at the Cleveland Orchestra, serving from 1946 until his death in 1970. He could be dogmatic and impossible. Still, he took an ensemble that had been demoralized by the disruptions of World War II and turned it into one of the finest orchestras ever. The players were proud to work with him. Typifying the benevolent master was Claudio Abbado, a towering conductor who drew distinguished music-making from every orchestra he worked with while being courteous and elegant. The strongly unionized musicians of today might not tolerate a Szell, even if he might be just what they need. In recent years, perhaps envious of the Los Angeles Philharmonic’s success under Mr. Dudamel, the new face of classical music, several orchestras have been emboldened to appoint younger dynamos, like Yannick Nézet-Séguin, 40, at the Philadelphia Orchestra and Andris Nelsons, 36, at the Boston Symphony Orchestra. Sometimes the choice of a youthful conductor works out perfectly. Sometimes (as with Mr. Muti and his current ensemble, the Chicago Symphony Orchestra) an eminence is ideal. The key is that the enthusiasm of the musicians, or lack thereof, should not be taken as gospel.
What matters more than a conductor’s age, or any other factor, is whether the music director and players share a collective artistic vision and project mutual excitement. The Seattle Symphony has embraced the purposeful, adventurous leadership of the French-born Ludovic Morlot, 41, who took charge in 2011 after the 26-year tenure of the dedicated but uninspiring Gerard Schwarz. Both the players and audiences in Seattle were eager for a conductor to shake things up, as Mr. Morlot has. In parting ways with Mr. Gilbert, the Philharmonic has sent confused signals. Lately, he and his players have been on a roll, with two programs in New York that provocatively combined major premieres by John Adams and Thierry Escaich with exacting, vividly characterized accounts of Stravinsky’s “Petrushka” and Shostakovich’s 10th Symphony. The orchestra has just completed a successful European tour, winning praise for its playing and Mr. Gilbert’s programming.
It’s hard to imagine that the musicians are much clearer about the future they envision than the orchestra’s administration seems to be. They must have a say, of course. Still, go back to the coverage of the Philharmonic from the 1960s, and you can find players complaining about their conductor. His name was Leonard Bernstein.