MOSCOW — Maya Plisetskaya, one of the greatest ballerinas of the 20th century and virtually the embodiment of the Bolshoi Theater for decades, died on Saturday in Munich. She was 89.
Katerina Novikova, the Bolshoi’s press secretary, said the cause was a heart attack. Ms. Plisetskaya and her husband and sometime collaborator, the Russian composer Rodion Shchedrin, had lived in Munich since the collapse of the Soviet Union.
Ms. Plisetskaya, renowned for her fluidity of movement, expressive acting and willful personality, danced on the Bolshoi stage well into her 60s. Vadim Gayevsky, a dance historian and critic, once said she “began by creating her own style and ended up creating her own theater.”
Ms. Plisetskaya was born in Moscow on Nov. 20, 1925. Her mother, Rakhil Messerer, was a silent-film actress. Her father, Mikhail Plisetsky, was a Soviet mining and diplomatic official who was posted to Spitzbergen, Norway, where Ms. Plisetskaya spent part of her childhood.
Her father was shot to death in 1938 in Stalin’s purges. (Ms. Plisetskaya learned the date of his death only in 1989.) Her mother was arrested and sent to a labor camp with her infant son, then exiled to Kazakhstan. Her parents’ ordeals embittered Ms. Plisetskaya, whose enduring anti-Soviet sentiments would border on dissidence in later years. 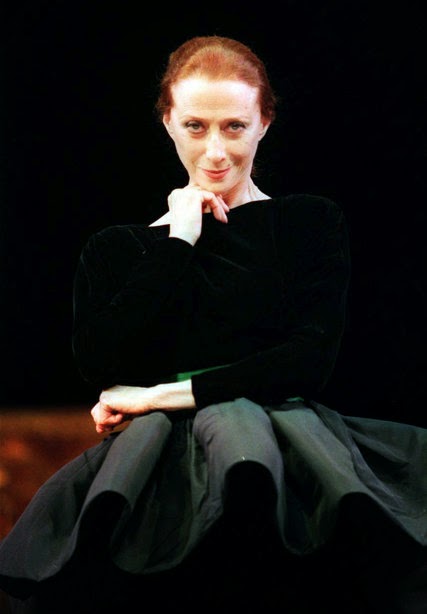 As a young dancer Ms. Plisetskaya came under the influence of her maternal aunt and uncle, Sulamith and Asaf Messerer, who were famous soloists at the Bolshoi and who later taught at the theater’s ballet school.
In her autobiography, “I, Maya Plisetskaya,” published in 1994 and written “by myself,” as she stressed, she describes tension with her aunt, who took her in after her mother’s arrest and saved her from being sent to the orphanages to which children of “enemies of the people” were usually relegated.
She remained close to her uncle, who still taught at the Bolshoi and accompanied her on tour to the United States when Ms. Plisetskaya was in her 60s and he in his 80s. But her aunt, known in the family as Mita, exacted a wrenching emotional cost for her kindness, Ms. Plisetskaya wrote; over the years their relations soured and then broke off.
Ms. Messerer was infuriated when Ms. Plisetskaya refused to take her son, Mikhail, newly graduated from the ballet school, as her partner in “Swan Lake” — as Siegfried to her already classic Odette/Odile.
Ms. Plisetskaya wrote: “She cut off my embarrassed and meek objections: ‘You owe me everything. Was it in vain that I petitioned for your mother and resisted when they came to take you to the orphanage?’ ”
It was Mita who had brought 8-year-old Maya to the Bolshoi Ballet Academy, where her innate talent shone and her stubbornness stood out. From early childhood she was known for her endless reserves of energy and headstrong daring. In her autobiography, Ms. Plisetskaya recalled breaking into dance, and gathering an admiring crowd, while walking with her nanny along a Moscow boulevard.
Ms. Plisetskaya undertook the grueling whirl of Bolshoi training. The grim realities of Stalinist rule, however, formed an overwhelming backdrop that would color her memories. “I would like to talk about ‘Sleeping Beauty’ and ‘Swan Lake,’ about my battements and my handsome partners,” she wrote. “But whichever way I look at my childhood, it all revolves around politics and Stalin’s terror.”
As an adolescent, she was already a rising star at the school and assigned the leading role in the divertissement from “Paquita,” to be performed before an elite audience: officials of the NKVD, Stalin’s secret police. In 1949, she danced at Stalin’s 70th birthday celebration. Mao Zedong was among the guests.
“Years later, I admit it, I was simply afraid of meeting Stalin’s gaze,” she wrote in her autobiography, saying she avoided looking the Soviet dictator’s way during her bows. She also admitted to pleasure and relief at seeing her name in the report of TASS, the official Soviet news agency, on the birthday celebration. It was a sign of approval and would give her some modicum of artistic freedom, she hoped.
But in “I, Maya Plisetskaya,” she went on to chronicle the various indignities to which the system subjected dancers. Until 1959, she was not allowed to tour abroad. That year, she was allowed to go to the United States with the Bolshoi. 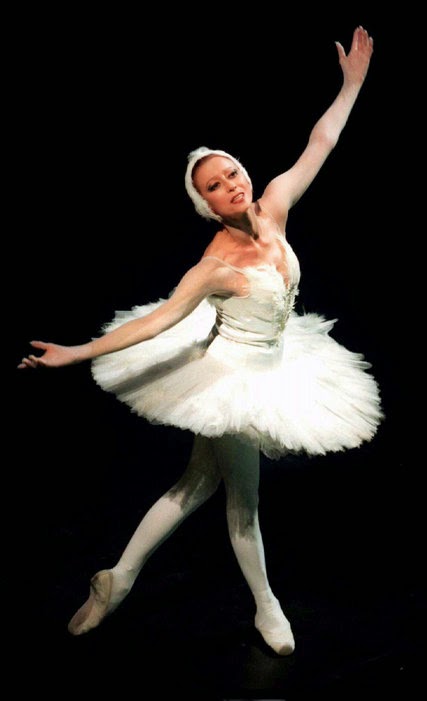 Maya Plisetskaya after performing in "Swan Lake" at the Bolshoi Theater in 1995. Credit Grigory Dukor/Reuters

After finally being permitted to travel, she said the Soviet bureaucracy confiscated almost all of a dancer’s tour earnings, and she claimed that many dancers on tour subsisted on dog and cat food — “cheap and full of vitamins,” she wrote. (Others who have studied the Bolshoi of that era have disputed that claim as an exaggeration.)
Ms. Plisetskaya was equally restricted by the Bolshoi’s rigid Soviet guidelines on choreography, which viewed the very movement of dance through the prism of ideology, yet she was able to infuse stultified, literal movements with much deeper meaning.
Reviewing the 62-year-old Ms. Plisetskaya’s performances at an American-Soviet dance festival in Boston in 1988, Anna Kisselgoff of The New York Times wrote: “These ballets are strictly vehicles for her talent. Without her presence, their poverty of movement invention would make them untenable in performance. It is a tragedy of Soviet ballet that a dancer of her singular genius was never extended creatively.”
Speaking to reporters during her 80th-birthday festivities, Ms. Plisetskaya acknowledged her regret at the lost opportunities and the bitter struggle for each breath of artistic freedom, including being granted permission to work, though just briefly, with Roland Petit and Maurice Béjart in the 1970s.
“I danced all of classical ballet and dreamed of something new,” she said. “In my time, it was impossible.”
In the 1960s, ideology played a trick in her favor, at least at first. The Cuban choreographer Alberto Alonso’s friendship with Fidel Castro got him a bureaucratic green light by the Soviet authorities to stage “Carmen Suite,” which he created for Ms. Plisetskaya. But officials, unnerved by its eroticism, tried to scuttle the production.
Ms. Plisetskaya became director of the Spanish National Ballet in 1988 and traveled extensively, giving master classes around the world, as the Soviet system eased and then collapsed.
Her most tender and enduring partnership was with Mr. Shchedrin, her husband since 1958. He arranged “Carmen Suite” and other ballets, like “Anna Karenina” and “The Seagull,” which she choreographed and in which she starred.
Ms. Plisetskaya is survived by Mr. Shchedrin and a brother, Azari Plisetsky, who was also a dancer and is known as a choreographer as well. He lives in Lausanne, Switzerland, where he teaches at the Béjart Ballet Lausanne. Her cousin Mikhail Messerer is the ballet master in chief of St. Petersburg’s Mikhailovsky Theater. Another cousin, Boris Messerer, is a well-known artist who has designed sets for Bolshoi ballets.
While living in Germany, Ms. Plisetskaya and Mr. Shchedrin established a foundation in Mainz to create a public archive of their work and to support artistic endeavors in ballet and music.
It was her powerful physical relationship with the Bolshoi that gripped the dance world’s imagination and, as she described it, kept her from leaving the Soviet Union.
“The theater itself is incredibly constructed, the size of the stage, the incline of the floor,” Ms. Plisetskaya said. “I don’t know what kind of wood it’s made of, but it’s a spring. At other theaters, the floor is either flat or the incline is too big. I’ve danced on all the big stages of the world, and I can say for sure that the Bolshoi was the very best.”