MATTHEW WEINER, THE CREATOR OF ‘MAD MEN,’ PREPARES FOR ANOTHER FADE TO BLACK 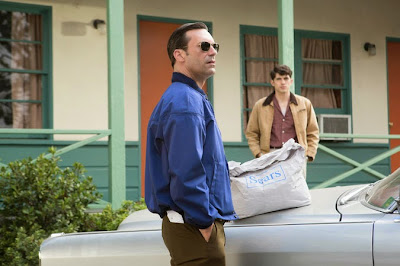 It took almost 55 years, but the 1960s are finally over. They ended without our even realizing it, somewhere in the middle of this bifurcated final season of “Mad Men,” after Don Draper and his fellow employees at Sterling Cooper & Partners watched the moon landing and mourned the death of the agency’s gentle co-founder Bert Cooper. When the AMC drama returned a year later, in April, for its final seven episodes, suddenly it was the spring of 1970, and the decade that had defined this show was gone.
Now there are no more reprieves for “Mad Men.” On Sunday, after 92 episodes, the series and the story of Don Draper come to an end.
Matthew Weiner, the creator and show runner of “Mad Men,” has had more than four years to prepare for this occasion, dating to the announcement in 2011, after tense negotiations to extend the life of the series, that it would end with its seventh season. But that does not necessarily mean he has spent all his time focusing on it.
Mr. Weiner, a former producer of “The Sopranos,” has had the precedent of that HBO drama’s enduring (if eternally ambiguous) finale to draw from, as well as examples set by other shows to remind him that an ending can permanently shape how an audience thinks about all the episodes that preceded it.
The creator of the acclaimed series discusses its coming conclusion in an interview with Dave Itzkoff, a culture reporter for The New York Times.
Not that this compelled him to start the final half-season of “Mad Men” with any sense of urgency; nor is he apologizing for the ambivalent and unhurried installments that preceded a turbulent story line about how Draper and his company were, at last, undone.
“I am not doing the same show every week,” Mr. Weiner said, with customary defiance, in a recent interview. “I’m not going to just take these last seven episodes and just do the greatest hits. We’re not going to dissolve to a frame from the pilot and play ‘Through the Years.’ ”
“I am telling the story about these characters,” he continued, “and this is the next step in the story.”
What will the final step look like for Draper? Mr. Weiner isn’t saying, nor does he plan to speak much about the “Mad Men” finale after it is shown. So, in these excerpts from an interview, he discusses his philosophy of series finales, his approach to wrapping up the show and what comes after the end.
Q. It was announced more than four years ago now that this season of the show would be its last. Have you been thinking for that long how you would wrap up the series? 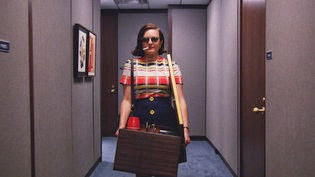 A. No, no. I didn’t want to change pulling out all the stops on every season. You tell the story, you go for broke, use everything you have. You do a finale that could be the end of the show every season.
The most predictable thing about “Mad Men” at this point is the way the public has reacted to Episode 2 of every single season. And I think that my desire to tell a new story is always disappointing to them. Every single time. And I’m always on the defense about this. “Flight One,” the second episode [of Season 2] when all of a sudden they’re paying attention to Betty Draper, they’re like, “Who is this? Where’s Pete? What’s going on?”
Do you feel that people want to see, at least in these last episodes, some clear sense of moving to something conclusive?
Well, let’s talk about what “people” means. The first serious history class I took, I had this wonderful teacher, Dr. Johnson, who basically said, “Whenever you hear the word ‘people,’ you are hearing baloney.” People are unpredictable. They’re always divided, and they are individuals.
Now, when I refer to “people,” the “people” that I know that are watching the show or sending me emails are really, really enjoying the show, but they are a little bit mystified about where it’s going and what’s going on. And I gotta tell you, that’s my job! I’m not doing “How to Keep a Moron in Suspense”; I’m not playing that game. I have a story, and the story starts on Page 1, not on Page 50. 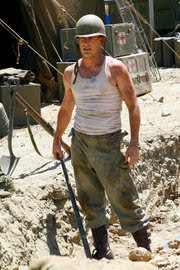 Failure to meet the expectations of what is a typical “Mad Men” episode to me is a tremendous success, because I don’t believe there is such a thing. We never think that way. Anything that smacks of an episode that you’ve seen before we’re either going to play with or I will throw it out. I hate it.
What should be the function of a good series finale? Do you have an obligation to give each character a kind of final moment?
I hate to say it: I don’t really feel like I owe anybody anything. I’ve been lucky to have them invite us into their home, but we have held up our end of the bargain so far. We really have, and we’ve made such a painstaking effort to surprise and delight and move machinery that tells the story.
In a way, you have a greater challenge even than shows like “Breaking Bad” and “Justified.” They ended with very well-executed finales, but in some ways the nature of those shows sort of dictated what the finale should be.
What’s real for “Breaking Bad” is you have a genre that asked a question, and then you have to answer it and there’s only two answers. He dies or he lives. The end of “Breaking Bad,” he dies rescuing Jesse. To consider more options is to basically end up with “The Sopranos,” right? Christopher did not show up at the end of “The Sopranos.” Tony did not save him, and you [did not see] the Russian. That’s just not the kind of story it was. It never promised that. So, in terms of people feeling right now that I am not fulfilling a promise, all I can tell you is that we’re telling a story, this is the natural conclusion of the story. 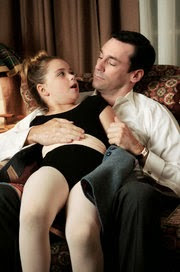 You were a producer on “The Sopranos.”
It’s the greatest TV show ever.
Did David Chase [the creator of “The Sopranos”] ever take you guys in and say, “O.K., here’s what’s going to happen with the finale.”? Was there discussion?
Oh yeah, we heard about it long before it happened. Terry [Winter, a producer on the show who later went on to create “Boardwalk Empire”] and I did, for sure. And once David knew he wasn’t going to fire you, he would share that with you pretty early on. I don’t think anybody knew that it would be such an experience for people, positive and negative. You’re also getting some people who watched the end of “The Sopranos” who had never seen the show. And they were really angry. They were the angriest people.
Don’t start with the finale of a series, no matter the series. 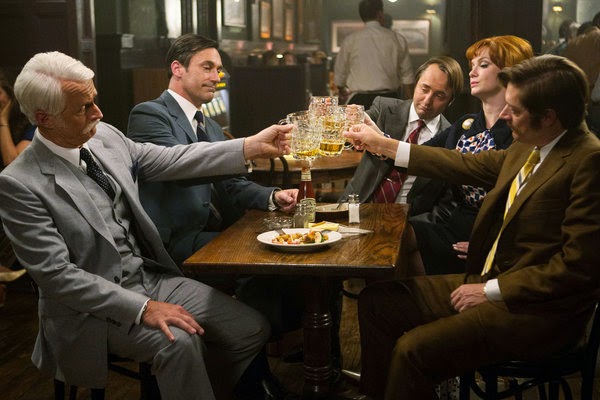 Ending a TV show is not a natural thing to do. Nobody’s happy about it.
The night the finale airs, are you going to watch it, or are you going to go into a bunker somewhere and just wait for it to pass?
No, I’m doing the exact opposite. We’re going to have an event in Los Angeles. Jason Reitman is a fan of the show, and he does this wonderful thing where he takes scripts and recasts them and they do a live reading. So, they’re going to do the first season finale, “The Wheel,” on a stage in Los Angeles at the Ace Hotel. And then after it, that crowd will watch the finale, and the cast is supposed to come. I’ve invited the crew. And so, we will take up 200 of those seats in that 1,500-, 2,000-seat theater, and then we’ll have a party afterward.
You’re not going to do any press following the episode?
I’m doing one talk. I’m going to have a conversation with a writer friend of mine, A. M. Homes, at the New York Public Library, and that will sort of be the decompression of it. I don’t anticipate people standing up front with pitchforks and hot tar or anything like that.
But you know me, I can’t keep my mouth shut. I needed to talk about the show, because I was not on HBO and it became apparent right away that it helped sell the show. There was no Twitter or any of these things when we started, so it really required having a conversation with me. I’m sure at some point if anybody asks me about it in the future, there will be some conversation, but I don’t want to be on the defensive. And it’s not because I’m anticipating whatever. I feel like I’ve already talked too much about the show, quite honestly. And half the time I’m defending it, and I’m trying to explain what I meant. And it’s kind of like the show should do that.
Here is David Chase nearly 10 years later still trying to explain to people in as polite and careful a way as he can what “The Sopranos” finale was, and people are not still totally grasping it. Do you not want to send yourself down that road?
Hey, if we’re talking about the “Mad Men” finale 10 years from now, I did a great job. I consider that a success. You know how many finales there have been? If you do your ending right, it is a great ending. It is not a reflection on the entire TV show, but it is a great ending. Sometimes I want to sit next to you and tell you what it is, but I’m really hoping that it is an experience for people that they don’t need decoded. I hope they want to talk to each other about it. I don’t really need them to talk to me.
Did you grab yourself any great piece of “Mad Men” memorabilia?
There is so much stuff in my office. People were giving me sort of the choice stuff. They’d be like: “Hey, remember those pictures I took when we were deciding what T-shirt Megan should wear that started all that [stuff] on the Internet? Here’s the T-shirts, here’s pictures of the T-shirt.”