NeoMam has created a series of GIFs that recreate six UNESCO world heritage sites in a manner they would’ve looked in their original condition. Colossal has all the images and the story. Apologies for the low-res version here but the GIFs otherwise were roughly 10MB each and I didn’t want to overwhelm those who might be on data plans, though this image is still quite large. (via Colossal)

Christopher Knight writes about a really unbelievably awful seal for one California town. You have to see it: 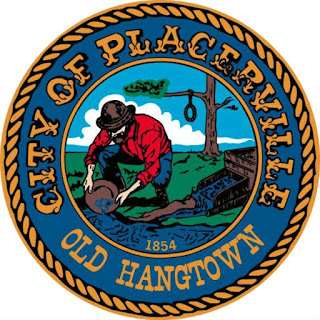 Dushko Petrovich’s new piece about the future of art history is interesting, but I think anyone who centers an Ivy League school (especially one he attended and, of course, he mentions that in the piece 🙄) and then interviews people who attended mostly Ivy League (or other very elite) colleges isn’t really interested in change … there are some good quotes, though:
“We can’t just wall people off in a society where people mix together,” Nell Irvin Painter, a renowned historian of the American South, told me. She is in favor of a fully integrated global survey, in part because it wasn’t what she experienced when, after she retired from a storied career in the history department at Princeton, she went back to school to study art. The art history survey she took as part of her enrollment at Rutgers University, Painter said, was basically “Western art with one [non-Western] chapter tacked on at the end.”

The problem at Yale, which had caught her attention, wasn’t the singular introductory course but rather its focus on Europe, Painter said. “There is a place for a course in art history without modifiers, but it needs to be global.” She also favors chronology because a global timeline forces students, as well as the art historians teaching them, to confront shared histories—of slavery, of colonization, of the subjugation of women—that they might otherwise avoid. As Painter put it, “It’s hard for them to say, ‘Yeah, we’re working out of an exclusionary tradition.’”

Seth Rogen caused a stir when he talked about Israel this week:
However, during the conversation, when the topic turned to Israel, Maron warned viewers that they were about to “p*** off a bunch of Jews.”

“To me it just seems an antiquated thought process,” Rogen, 38, said on the subject of Israel.

“If it is for religious reasons, I don’t agree with it, because I think religion is silly. If it is for truly the preservation of Jewish people, it makes no sense, because again, you don’t keep something you’re trying to preserve all in one place — especially when that place is proven to be pretty volatile, you know? ‘I’m trying to keep all these things safe, I’m gonna put them in my blender and hope that that’s the best place… that’ll do it.’ It doesn’t make sense to me.”

Rogen added that as a Jewish person he “was fed a huge amount of lies about Israel my entire life.”

The New York Times has been writing puff pieces about the David Zwirner gallery and their artists for months now, and the latest is this about Kerry James Marshall’s new bird paintings. Don’t expect anything in the article you wouldn’t read in a gallery press release, but the paintings look nice.
A strange story about a Dutchman who began living in a giant underground German bunker and ran a server farm that was apparently used by cybercriminals:
A curious mixture of adolescent-male fantasia and techno-anarchist utopia, CyberBunker anticipated the current trend for apocalypse-ready hideaways owned by the rich and paranoid. The pornographer visited the Goes facility several times. Xennt’s taste in interior design had changed little since he had decorated his teen-age bedroom: the bunker was furnished with computer terminals, black leather sofas, neon-red lamps, and artificial plants. Ethereal music was often playing. The pornographer found the bunker’s atmosphere strange but “impressive”; its denizens were “alternative” people. Xennt had an odd diet. For breakfast, he ate frikandel—a skinless, deep-fried pork sausage, which is a popular snack in the Netherlands—along with an assortment of vitamins. “Xennt was a mysterious guy,” the pornographer told me, laughing. Two other former colleagues remember that the Goes bunker had a “porno room” where there were sometimes live sex shows involving Xennt’s girlfriends.

Sometimes it’s hard to tell who is more incompetent, President Trump or Jared Kushner, especially in regards to their handling of the Coronavirus pandemic. Vanity Fair has published a feature on Kushner’s plan that went nowhere (emphasis mine):
Against that background, the prospect of launching a large-scale national plan was losing favor, said one public health expert in frequent contact with the White House’s official coronavirus task force.

Most troubling of all, perhaps, was a sentiment the expert said a member of Kushner’s team expressed: that because the virus had hit blue states hardest, a national plan was unnecessary and would not make sense politically. “The political folks believed that because it was going to be relegated to Democratic states, that they could blame those governors, and that would be an effective political strategy,” said the expert.

That logic may have swayed Kushner. “It was very clear that Jared was ultimately the decision maker as to what [plan] was going to come out,” the expert said…………..
https://hyperallergic.com/580066/required-reading-488/?utm_medium=email&utm_campaign=WE080120&utm_content=WE080120+CID_ad8adda790e0a87715a9d073eafbdb3a&utm_source=HyperallergicNewsletter