Desperate for economic relief and legal protection, a new collective is responding to the government’s negligence and working to address structural problems of the art scene.

Because Art Workers Italia (AWI) does not want to be represented by any particular face they created a general Zoom image instead (all photos courtesy Art Workers Italia).
In a storyline that feels increasingly commonplace, the COVID-19 pandemic is leaving thousands of art workers in Italy stranded and in dire economic straits. All exhibitions and art-related events, of course, have been cancelled — but the problem goes beyond that.

It’s not exactly a secret that the art world has always suffered from significant structural problems, among them the overreliance on and exploitation of unpaid labor, the hyper-professionalization of the art industry, the huge disparity of wealth and even ethics between the financial interests supporting the arts and those of the arts workers themselves, and the relative lack of governmental and financial regulation. 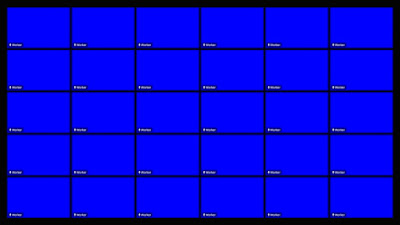 It is precisely this lack of regulation which has been thrown into sharp relief by the coronavirus crisis, that calls for necessary government intervention. These problems are exacerbated in Italy, where funding for the arts is lumped together with several other sectors under the overall supervision of the Ministry of Cultural Heritage and Activities and Tourism. The unsurprising outcome is that, in a country where 13% of the national GDP is attributed to tourism, the contemporary arts sector is inevitably overlooked and forgotten.
Desperate for economic relief and legal protection, art workers across the country have responded to the government’s negligence by banding together. In late March, a new Facebook group was created with the aim of exchanging stories of how the current emergency was affecting the livelihoods of art workers. News quickly spread by word of mouth and, with how small the art world is in Italy, workers from across the nation began contributing their voices to the conversation. What started as a series of weekly meetings addressing immediate questions of survival eventually turned into a longer and much needed discussion about the structural problems of the art world in Italy. Since then, the group has ballooned into a formal coalition called Art Workers Italia (AWI). AWI has over 2,000 members nationwide, who have split themselves into well-organized committees in charge of tackling different systemic issues, including creating legal tools such as contracts for arts professionals, reconsidering various policies of economic viability for non-profit and small artist-run organizations, and researching arts advocacy groups already operating abroad, such as W.A.G.E., whose strategies can be adopted in Italy.

According to AWI’s website, “Art Workers Italia is an informal, autonomous, and non-partisan group of contemporary art workers formed in response to the current crisis due to the COVID-19 pandemic.” Together, they aim to finally address these systemic gaps that have long existed in the art world, and in their words, “advocat[e] for the inalienable right for the recognition of our status as workers, and along with it our subsequent rights and obligations.” In addition to establishing the group, AWI has also published a manifesto succinctly summarizing the institutional problems art workers are facing in Italy, presenting it at the virtual march Primo Maggio Cittadino in Turin on May first, International Workers’ Day.
The manifesto shines a clear light on the kinds of problems art workers across the country face. One of the most pressing is working without a contract. Approximately 13.8% of the overall economy in Italy operates in a so-called “shadow economy,” that is to say, illegally. Those who are fortunate enough to obtain a contract in writing often only do so as independent contractors, like many others working in the arts across the world. For these art workers, this means that the majority of their employment is piecemeal, varying wildly from month to month. Although Italy recently passed the “Cura Italia” decree to provide aid to workers, oftentimes these independent contractors face great difficulty reaching the minimum days of employment necessary to qualify for government benefits, including unemployment benefits and sick leave. Without government intervention, art workers are left without jobs, without pay, and without any way to survive the coming months.

With any luck, Art Workers Italia will be the answer that this country has long awaited. AWI is a feat in grassroots organizing, particularly in a nation as varied as Italy, which has historically been defined by its regionalisms. The group’s strength lies in the numbers of its participants, who represent every sector of Italy’s art world — from those working within the nation’s most powerful institutions to its most vulnerable workers, who have historically never had a seat at the table. For the first time, AWI gives voice to the multitude of arts workers across Italy, representing their collective needs and calling attention to an untenable situation.
https://hyperallergic.com/562246/italian-art-workers-release-manifesto-pushing-for-systemic-change/?utm_medium=email&utm_campaign=D050820&utm_content=D050820+CID_61bc176b15c04b125846b2a40a791266&utm_source=HyperallergicNewsletter