METROPOLITAN MUSEUM WILL NOT REOPEN UNTIL MID-AUGUST OR LATER

The Met, which is known as a bellwether for decision-making in the museum world, has also canceled all tours, talks, concerts, and events through 2020. 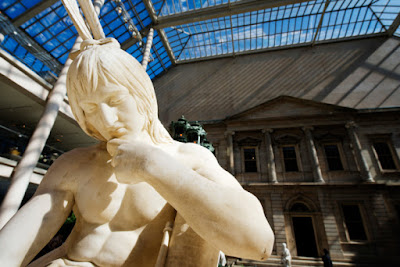 The Metropolitan Museum of Art in New York (Dustin Gaffke/Flickr)

In a statement yesterday, May 19, the Metropolitan Museum of Art in New York announced that it has postponed its reopening date from July 1 to at least mid-August, if not “a few weeks later.”

According to the statement, the decision was made in keeping with New York State’s phased plan for reopening the city. Once it reopens, the Met will likely reduce its days and hours of activity, according to the statement. In addition, the museum has canceled all tours, talks, concerts, and events through 2020. Furthermore, the Met Gala has officially been canceled for this year.

The Met, which is celebrating its 150th anniversary this year, is known as a bellwether for movements in the museum world. It was the first major New York institution to close its doors in March, leading to a cascade of museum shutdowns in New York and across the country. Later in March, the museum sent a letter to its department heads forecasting $100 million in losses and saying it would remain closed until July. In April, it laid off 81 employees in its visitor services and retail departments and updated its estimated shortfall to $150 million.

“The Met has endured much in its 150 years, and today continues as a beacon of hope for the future,” said Metropolitan Museum President Daniel H. Weiss, in yesterday’s statement. “This museum is also a profound reminder of the strength of the human spirit and the power of art to offer comfort, inspiration, and community. As we endure these challenging and uncertain times, we are encouraged by looking forward to the day when we can once again welcome all to enjoy The Met’s collection and exhibitions.”