CENTENARY OF THE ROYAL ACADEMY OF DANCE. VICTORIA & AALBERT MUSEUM

On Point: Royal Academy of Dance at 100 celebrates the centenary of the Royal Academy of Dance (RAD), one of the world's leading dance education and training organisations. With over 60 original objects, including costumes, designs and posters, alongside a wealth of photographs and film material, this display traces the prestigious dance academy's roots and influence, from its founding in 1920 through to its ground-breaking work to make dance accessible for all today.

Curated by the V&A with the RAD, the display explores the Academy's history, including the impact of important figures such as Anna Pavlova, Rudolf Nureyev and other stars of the dance world who became Presidents of the Academy and promoted its work. The RAD's first President was Dame Adeline Genée, who brought respectability to the then very dubious career of dance. Within 15 years of founding the Academy, Genée had secured its Royal Charter, and was succeeded by ballerinas Dame Margot Fonteyn, Dame Antoinette Sibley and currently, Dame Darcey Bussell. 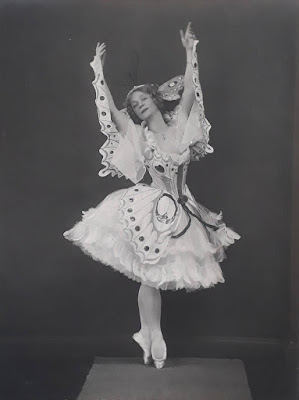 Adeline Genée in 'A Dream of Roses and Butterflies'. Photo by Hugh Cecil.

On show will be costumes worn by the Presidents, including Dame Darcey Bussell's dress for Kenneth MacMillan's The Prince of the Pagodas, the role which brought her public acclaim, along with designs for costumes created for Adeline Genée, Tamara Karsavina and Margot Fonteyn.

Other highlights include a 1942 harlequin sculpture by Alfred Gilbert, the sculptor behind the famous Eros statue at London's Piccadilly; a unique 1950s pamphlet 'Ballet Exercise for Athletes' featuring original artwork by Punch illustrator Fougasse, famous for his 'Careless talk Costs Lives' Second World War posters; and shoes worn by Dame Darcey Bussell at her farewell performance as a member of The Royal Ballet (2007). 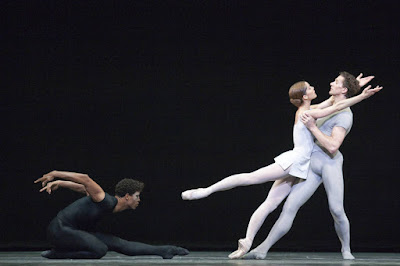 The V&A's Theatre and Performance Department is home to one of the largest dance collections in Europe, including many objects that once belonged to the RAD. Drawing on the combined resources and archives of both institutions, this display reveals how the RAD helped to establish British dance, and continues to champion dance as an inclusive, rather than elite, art form across the world.