Richard Sorge (4 October 1895 – 7 November 1944) was a German journalist and Soviet military intelligence officer who was active before and during World War II and worked undercover as a German journalist in both Nazi Germany and the Empire of Japan. His codename was "Ramsay" (Russian: Рамза́й). Read more on Wikipedia 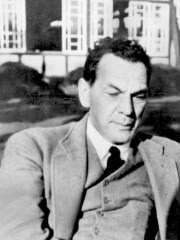 Richard Sorge was a Soviet spy who was instrumental in exposing the Nazi invasion of the Soviet Union.