WITHOUT BERTRAND TAVERNIER: A FLESH-AND-BLOOD LION OF FRENCH CINEMA HAS GONE

The director was a prolific and legendary figure, making films in a dizzying range of genres from crime to sci-fi, satire to jazz 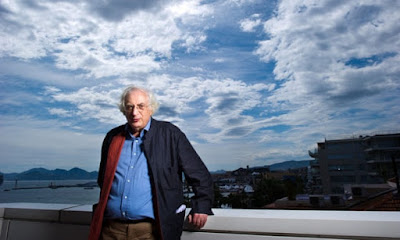 If any film-maker was a living, breathing, flesh-and-blood icon of French cinema, it was Bertrand Tavernier, the legendary, prolific director and a proud son of Lyon – which was itself arguably the historical epicentre of cinema, as the city where Auguste and Louis Lumière set up business. In 2017, I went to the Lumière festival in that city, and was briefly introduced to him there. Tavernier’s presence was indispensable: I have a photograph of a raucous dinner hosted by Thierry Frémaux with Benicio del Toro and Alfonso Cuarón, and Tavernier is an impish, grinning figure to be glimpsed in the mirror, loved by everyone there, a sprightly tutelary deity.

His movies ranged from satire to period drama, social realism, jazz, hardboiled crime, sci-fi and fierce anatomies of the French experience of the second world war. He started as a movie-mad youth after the war, working as a publicist and assistant director, branching out into screenwriting and then into directing itself. But his body of work was not just an embrace of the New Wave but also a continuation from it, and perhaps also a reconciliation with the more stately cinéma du papa which the young turks had rejected. Specifically, Tavernier worked with two screenwriters, Jean Aurenche and Pierre Bost, who had actually been singled out for attack by François Truffaut in his essay Une Certaine Tendance du Cinema Français, for being at the heart of the cinema’s decline in France.

Tavernier made his debut with The Watchmaker of St Paul in 1974, a movie based on a novel by Georges Simenon, that eternally invaluable source of material and inspiration for all French film-makers. And it starred an actor who was to become a repertory player for Tavernier in the years to come, and himself an iconic figure for French cinema: Philippe Noiret. Noiret plays a law-abiding watchmaker: calm, precise, respectable and as reliable as the machinery he makes and repairs with such care. He is told one day that his son has committed a murder and gone on the run – an unthinkable event. And so he has to join the police in searching for this young man that he realises he does not know at all. The movie was a great introduction to Tavernier’s tough, confident approach to character, to cop procedural and to the agony of moral choices.

His Death Watch of 1980 is one of the cult sci-fi movies of the late 20th century – and, fascinatingly, one of the great Glasgow movies, perhaps the greatest. Romy Schneider, in her final role, is a woman with a terminal illness, talked into taking part in a 24/7 reality TV show that will show her decline. But she backs out and goes on the run with a man (played by Harvey Keitel) who is secretly working for the TV production, with cameras secretly implanted into his eyes, transmitting her most intimate, painful moments to a TV audience. As a satire of reality TV and mass media generally, Tavernier’s film couldn’t be more bold, though it unfolds at a high-minded, ruminative pace – comparable to Tarkovsky’s Solaris, perhaps, in its refusal of the melodrama that Hollywood would deploy with such a subject.

Coup de Torchon from 1981, based on Jim Thompson’s pulp novel Pop. 1280, was another fiercely intelligent excursion into crime, transplanting the action from the American south to colonial French West Africa in the 1930s. Noiret plays an administrator – a cop figure – who cleans up the town by executing the presumed villains in cold blood, including the husband of his mistress, played by Isabelle Huppert, who had been in Tavernier’s earlier film The Judge and the Assassin, and here refined her cool, sexy and almost flippant persona under Tavernier’s directorial guidance.

In the mid-80s Tavernier made the film that, rightly or wrongly, is probably most readily associated with him: A Sunday in the Country, a beautifully rendered period piece set at the beginning of the last century, which Tavernier co-wrote with his former wife, Colo (who died last June). An elderly artist, played by Louis Ducreux, has his household run for him with efficiency and care. One sunny day he is visited by his grownup children, but makes it clear that he favours his vivacious daughter (Sabine Azéma) to the irritation of the duller son. It is a film about a painter which is itself “painterly” – that overused and suspect adjective. But Tavernier made the effect work for him and created something heartbreakingly bittersweet.

Tavernier’s other hugely admired film of that period is Round Midnight (1986), a gorgeous and heartfelt love letter to bebop and jazz. It is a smokily atmospheric, almost non-narrative movie starring the saxophonist Dexter Gordon as a fictional American musician in Paris (loosely based on Bud Powell) who is taken up by a French fan. The movie is perhaps influenced a little by Scorsese (who has a cameo as a club owner) with its switches to home-movie Super 8 and black-and-white.

Of his later films, two stand out for me. One is It All Starts Today, a tough social realist drama from 1999 about a school headmaster who is fighting to protect his pupils and their families. Everywhere there is crime and vandalism. There is a great scene where a cop comes to inspect evidence of a burglary, sympathetically listens to the principal’s tale of woe and then impassively smashes a window from the outside with his police baton – because he realises that there is insufficient evidence for a break-in and this act will allow the school to claim money on the insurance.

In some ways, however, my favourite of his film is Laissez-Passer, or Safe Conduct, from 2002, which is about the French film industry during the second world war, and their collaborationist survival that was to be a painful memory in French cinema’s collective unconscious for decades to come. (It is still arguably unresolved.) The movie is about two film-makers, played by Denis Podalydès and Jacques Gamblin, in Paris in the early 40s. One refuses to have anything to do with an industry being run by Nazi Germany and so lives in poverty; the other swallows his pride, accepts the work but also works for the resistance, helping them with information that he would not otherwise have. Which of the two is morally superior? The collaborationists have a “laissez-passer” that allows them freedom of movement, but it is a badge of shame. Laissez-Passer is a film to compare with Louis Malle’s Au Revoir les Enfants, but confronts French culture and French history even more directly.