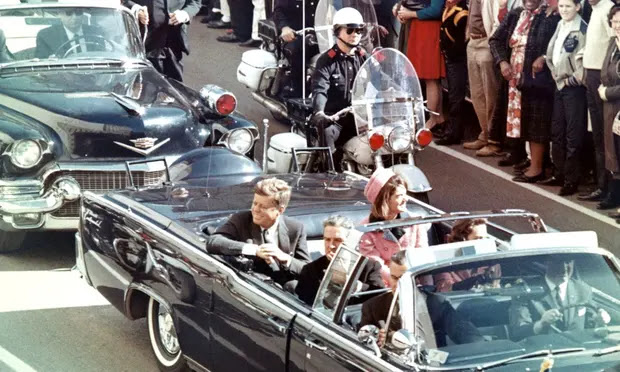 On and on and on it goes. After 30 years, Oliver Stone has released this documentary as a kind of update or companion piece to his gripping 1991 feature JFK, which starred Kevin Costner as the New Orleans DA Jim Garrison, who attempted to test the alleged conspiracy in court. Stone’s film dramatically reopened the debate and single-handedly made conspiracy-theorising a socially and intellectually respectable pastime on the liberal left. (Before that, the most notable JFK moment in Hollywood had been Alvy Singer in Woody Allen’s Annie Hall, obsessing about the subject as a way of avoiding sex with his girlfriend.)

Nowadays, the conspiracy enthusiasts are on the right: the QAnoners, the anti-vaxxers and the 5G-mast obsessives. This new movie presents us with a mountain of new circumstantial evidence about the events in Dallas in 1963. With the benefit of innumerable newly released documents and newly uncovered interviewee records, it exhaustively and persuasively shows that there are screamingly obvious inconsistencies and anomalies in the evidence concerning the bullet that was supposedly recovered, the significance of the entry and exit wounds, the compromised integrity of the autopsy records, the whereabouts of Lee Harvey Oswald on the day and the possibility that he was what he always claimed to be – a “patsy”.

But, exasperatingly, and despite speculation being the order of the day, the film never attempts to name any supposed second or third shooter, to say exactly where these gunmen would have been positioned, and how the inevitable witnesses to their activity would have been suppressed. The old question reasserts itself: can you do this with any historical event? Could you, with enough time, undermine the case against Gavrilo Princip in Sarajevo in 1914?

A lot of Stone’s cui bono material here frankly isn’t new and doesn’t prove anything (Kennedy was arguably as reactionary and hawkish on Vietnam as anyone else in government) and surely the oddest omission in this film is something that itself points most clearly to something fishy; namely, the assassination of Oswald by Jack Ruby. Why isn’t Stone spending at least some of the 115 minutes of this documentary analysing Ruby and his motives and background? (Unsettlingly, the one film-maker who did touch on this was Martin Scorsese in The Irishman, about the assassination of Jimmy Hoffa and organised crime’s rage against the Kennedy family, which made it clear it that killing the killer afterwards as a precautionary measure was a settled mob habit.)

Did the whole nation and its governing class go into denial after the Kennedy assassination as a way of managing their shock and grief? Perhaps. But this documentary, for all its factual material, is frustrating.

JFK Revisited: Through the Looking Glass is released on 26 November in cinemas