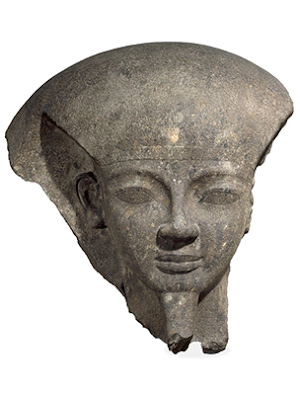 Egyptian pharaohs presented themselves as all-powerful and pious: brave military leaders who extended the boundaries of Egypt, while satisfying the gods.
Pharaohs styled themselves as 'ruler of the Two Lands', uniting Egypt, and as 'son of Ra', as if directly descended from the gods. They were an intermediary between the people and these gods, responsible for building temples and performing rituals, ensuring Egypt's safety from enemies, and maintaining its prosperity.
This exhibition explores the ideals, symbolism and ideology of Egyptian kingship, but also seeks to uncover the realities behind these images. The rulers of this land were not always male, nor even always Egyptian. At times, Egypt was divided by civil war, conquered by foreign powers or ruled by competing kings. Assassination plots and coups are also attested. While some kings were revered – such as Thutmosis III who expanded Egypt’s empire to its largest extent – others were the subject of satire. Many of the objects surviving from ancient Egypt project the image pharaoh wanted us to see – but this exhibition also explores the realities and challenges of ruling an ancient Empire. 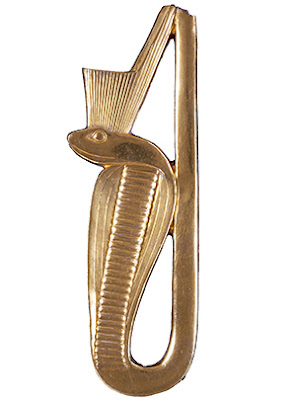 Alongside monumental statues, beautifully-carved stone reliefs from ancient temples, and glittering gold jewellery, the exhibition also features more unusual objects: the colourful inlays used to decorate a pharaoh’s palace; diplomatic letters to Egypt’s allies inscribed on clay tablets; images of Persian, Greek and Roman rulers who acted as pharaoh; a papyrus recording a trial for temple robbery; the wooden bow of one of the king’s troop commanders.