An Instagram project by Desert Island Comics, Rescue Party offers poetic renderings of the world beyond our current reality. According to these artists, it’ll be beautiful. 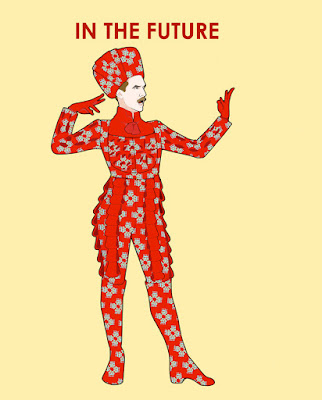 During a pandemic, images of positivity can feel scarce. With many forced to stay home, social media offers a helpful “window” through which we can continue to connect with loved ones, remain aware of injustices, or even to know that somehow, the world is continuing to turn, even as our quarantine routines suggest the opposite.

Enter Rescue Party, an Instagram project developed by Desert Island Comics — a Williamsburg-based graphic novel and comics store — that provides a rare bastion of hope amid otherwise depressing social media timelines.
Launched in April, Rescue Party offered Desert Island’s followers an exercise:  draw a nine-panel comic that explores an “ideal future” or imagines a post-pandemic utopia. Artists were only given a few visual guidelines, but the main point was to “stay positive.”

The result is a breathtaking comic collage, encapsulating endless approaches to the same, and now particularly relatable, themes: loneliness, daydreams, escapes, as well as a longing for the sun, for touch, and audacious possibility. In an early, yellow-hued comic from illustrator Zea Barker, houses rise from the ground on knobby-kneed legs and dance in naked abandon.
A blue, watercolor comic by artist Ditte Lander Ahlgren features a hunched figure in isolation, who learns that the pandemic has ended. They run outside, call someone: “Need to hug you now!” with the exclamation point accentuated by a fat black dot. Eventually, the mass of people hugging becomes too great, and  the final frame depicts a line of figures hugging, stacked, sitting on each others’ laps — all so tightly packed they tilt and fall out of frame. Physical affection and compassion elicit peaceful smiles even as the weight of so many people wrapped together makes them collapse.
For artist Kat Kon, whose debut on Rescue Party is forthcoming, salvation will come in the form of magic medicine, transforming individuals into children. In this version of quarantine, sadness is fleeting. and for entertainment, toys and ice cream will suffice.

Diverse and constantly surprising, the comics of Rescue Party are as distinct as the seemingly infinite number of artists who have contributed their work. Like a haiku, the nine-panel comic format offers succinct summations of complex feelings spurred by in this crisis. An ode to the things we miss (hugs, joy) and the promises we now make (to live fuller, to love harder), Rescue Party offers poetic and eternally optimistic renderings of the world beyond our current reality. According to these artists, it’ll be beautiful……………..