ENDEAVOUR: IT'S INSPECTOR MORSE WITH A MOUSTACHE – AND SURPRISINGLY GREAT


This 60s-set prequel to the legendary ITV detective series might look like a cosy Heartbeat-style drama, but something far darker and stranger is at play 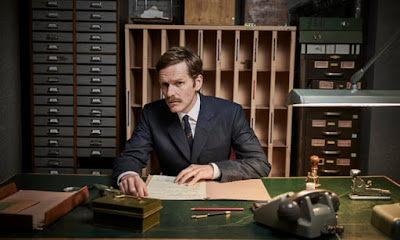 It sounds borderline bizarre to insist that the sixth series of a TV drama is a good jumping-on point. But if you’ve so far resisted ITV’s Sunday-night staple Endeavour – AKA The 1960s Adventures of Young Morse, Before He Got So Crotchety (Although He is Actually Already Pretty Crotchety) – the latest series seems consciously designed to get any latecomers up to speed. It helps, of course, that this is a prequel to one of the most prestigious and popular ITV dramas of all time. Even if you don’t know where the character has been for the past five seasons, you probably have a decent idea about where he is going to end up.

That love for John Thaw’s original Inspector Morse remains strong almost two decades after the final episode aired, to the extent that Endeavour has from the outset seemed a little skippable. Beyond the potential commercial benefits, was there really any urgent need to investigate the trials and traumas that forged such a beloved character, even with the added aesthetic pleasures of a 1960s Oxford setting, all duck-egg blue cars and Green Shield stamps?

Probably not, but from that unpromising start Endeavour has evolved into its own distinct and sure-footed entity, something often much darker and stranger than its swinging 1960s marketing might suggest. You might imagine it as the bookish cousin of Heartbeat, ITV’s pastoral motorcycle-cop timewarp. Yet, with its elaborate whodunnits featuring theatrically self-involved characters brought to heel by Morse’s persistence and cool logic, Endeavour is often more reminiscent of Jonathan Creek. Compared to other long-running primetime dramas, it also features an unusually consistent tone and grasp of its key characters, perhaps because creator Russell Lewis – who cut his teeth on the original Morse plus the spinoff Lewis – has so far written every single episode, a remarkable achievement.

Season six is set in 1969 and kicked off last Sunday with a budget-burning blast of Led Zeppelin’s What Is and What Should Never Be, a suitably operatic overture in its own frazzled way. This felt like a soft reboot, not least because Morse (played by the gaunt and watchful Shaun Evans) has nurtured a man-of-the-people moustache after being demoted to uniform sergeant. After the dissolution of his old Cowley CID – superseded by the formation of the new Thames Valley police – Morse is now pootling around a pastoral Oxford patch where his most urgent case is locating a wayward horse. His former squadmates, including gruff but warm-hearted mentor Fred Thursday (Roger Allam), are also adjusting to new circumstances in different units, although all are still haunted by the unsolved murder of one of their colleagues, a gloomy hangover from series five.

By the end of the opening episode, Morse has untangled a murder and child abduction and is promoted back to plain-clothes duty, though he opts to retain the ‘tache. In the process, he has already managed to rub his new DCI Ronnie Box up the wrong way. A cocky transplant from London with hands-on experience dealing with armed blaggers, DCI Box seems like the antithesis to Morse and his analytical methods. But there is the meta thrill of seeing Simon Harrison as Box, essentially channelling Thaw’s boisterous Regan from The Sweeney, butting heads with Evans, embodying a younger version of Thaw’s Morse.
So you could easily join the Endeavour party in season six. Sure, you will have missed out on some pivotal moments, such as Morse briefly being jailed (wrongly), going undercover as a teacher with a pretend wife and unexpectedly triumphing in an It’s A Knockout sprinting heat while wearing an oversized costume, but you’ll easily get the gist. While it might be a stretch to claim that Endeavour is like a real-ale Better Call Saul, that rare prequel that not only manages to match the original but overtake it, it is consistently well-crafted and satisfying in its own right.

By the end of its current run, Endeavour will have reached 27 episodes, just six shy of the original Inspector Morse’s total of 33. As a mark of respect, the popular Lewis spin-off halted at 33, so perhaps there isn’t even that much more of Endeavour runway to go. Evans has already let slip that at the end of this season we’ll see Morse move into the flat where he will spend the rest of his life. From there, surely season seven will involve a fateful meeting with the true love of his life: a vintage 2.4 litre burgundy Mark II Jaguar.