To mark the milestone 80th birthday of iconic Welsh superstar Sir Tom Jones, BBC Radio Wales and BBC Radio 2 are coming together to celebrate the man and his music.
The brand-new two-part interview with the singer, Sir Tom’s Musical Years, is just one in a series of programmes on the BBC celebrating his musical career which spans more than five decades. 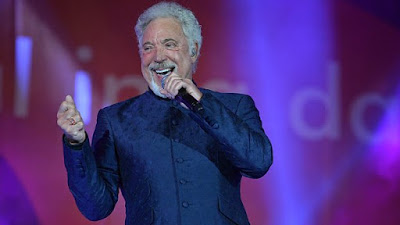 It will follow a week-long celebration of Sir Tom’s birthday on BBC Radio Wales with additional programming centred around the pop legend to be broadcast each week night at 6.30pm, beginning Tuesday 2 June (further details below).

For the new two-part interview, listeners are invited to join an intimate conversation, recorded remotely during lockdown, between Sir Tom and his friend and fellow performer Cerys Matthews. The former Catatonia singer, who previously collaborated with Sir Tom on his 1999 album Reload, asks him about the music that has shaped his life and career. Sir Tom shares with Cerys the most meaningful songs that have influenced him throughout his life, from his early days in Pontypridd, through his remarkable career which is still ongoing. Woven into his choice of music are memories of his upbringing in a Welsh valley and significant moments from his adult life.

The interview, produced by Telesgop, will be broadcast on BBC Radio Wales on the day of Sir Tom’s 80th birthday (Sunday 7 June), with part two following a week later on Sunday 14 June. They will go out on BBC Radio 2 a day before (Saturday 6 and 13 June).

BBC One Wales will also join in with the celebrations, as a new hour-long programme airs on Friday 5 June at 9pm. Produced by BBC Studios, Tom Jones at 80 will use rarely seen archive footage and interviews to take a journey through the singer’s career, reflecting on almost 60 years in showbusiness. It will air simultaneously on BBC Four, kicking off a night of programming based around Sir Tom Jones on that channel.