RECLAIMING THE LEGEND OF BRUCE LEE

The new ESPN documentary Be Water seeks to both reassert Lee’s legacy and humanize him. 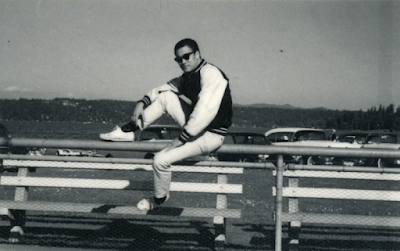 In the recent PBS series Asian Americans, historian and critic Jeff Chang speaks of post-1965 America, which saw a boom in the number of “skilled” immigrants from Asian countries: “The culture was waiting for this moment to shift on its axis. We needed to have somebody who epitomizes the search for truth, for justice. We needed to have somebody who was going to stand up for us.” We then see Bruce Lee pop up on screen, auditioning for The Green Hornet and displaying some of his kung fu moves. “Finally, there is somebody up on the screen who is as strong as we are. Somebody who embodies the power we know we’re capable of,” Chang says in voiceover.

Of course, if you were only to go by Quentin Tarantino’s Once Upon a Time in Hollywood, you’d think Bruce Lee was all talk, an egoist who made weird noises before launching into his moves. In Tarantino’s conception of white Hollywood history, an Asian American icon is reduced to a bad joke. Bao Nguyen’s Be Water, a new documentary for ESPN’s 30 f0r 30 series about Lee, focused on the actor’s years in Hong Kong, seeks to reclaim his legend. It’s an intervention within a culture that has reduced him to a stereotype, which both raises Lee back up and humanizes him. 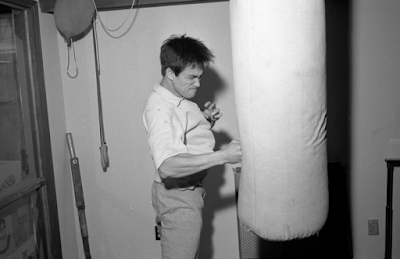 Bruce Lee always flares with passion and spirituality when he speaks about martial arts. The title of the film comes from his famous quote: “Go with the flow, be present and in the moment. Let things happen and enjoy that you’re there to take it all in. Be water, my friend.” His letters, read by his daughter Shannon Lee,  reveal an agile mind whose search for self-knowledge found expression in his body, almost like a prayer. It makes sense that he studied Asian and Western philosophy when he came to the US at 19. As his students and friends, including his wife Linda Lee Cadwell and basketball star Kareem Abdul-Jabbar, talk about Lee’s philosophy, it is easy to forget the very political nature of his Hollywood career.

When Lee landed the role of Kato, the quintessential sidekick figure, in The Green Hornet, he initially had no dialogue. After he wrote to the producers, saying, “Kato is an active partner of the Green Hornet, not a mute one,” he was given a few lines. Despite being a supporting actor, he received the wages of a background extra. In a long line of struggle that has finally led to some mainstream headway through films such as The Farewell and Crazy Rich Asians, Lee’s career shines as one of the earliest paradigm shifts in Asian representation.
The Green Hornet only lasted one season. After David Carradine was selected to play the Chinese American lead in Kung Fu, a show Lee thought would be his big American break, he decided to return to Hong Kong (where he had spent his childhood and initially gained popularity as a child actor) and chase the fame he knew he deserved. It is believed that Warner Bros. deemed Lee’s accent “too thick” for him to be a leading man. It is only when his films in Hong Kong turned out to be hits that the studio offered to co-produce 1973’s Enter the Dragon, another hit whose success Lee would not live to see.

Be Water brings together a wide range of people to build a memorial to a man whose legacy is not limited to his tragically short screen career. Nguyen’s film is more than a celebration; it’s an insistence on a history with a legacy that lives on in every person who bends, jumps, and breaks the molds the majoritarian gaze tries to fit them into. Like water.

Be Water is available to stream on ESPN.
https://hyperallergic.com/569222/be-water-bruce-lee-documentary-espn/?utm_medium=email&utm_campaign=D060920&utm_content=D060920+CID_cdd12ecf6bc609543cfe39ba7ad32bb0&utm_source=HyperallergicNewsletter