PRISTINE MOSAIC FLOOR FROM A ROMAN VILLA IS UNCOVERED IN ITALY

In Negrar, archaeologists found evidence of an ancient Roman villa just meters under the earth’s surface. 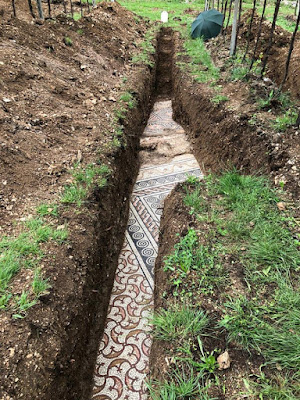 As the saying goes, still waters run deep, but a recent discovery made in Negrar, a small township in northern Italy, proved that tiles run still deeper. After decades of thwarted attempts, archaeologists successfully uncovered a beautifully tiled mosaic floor, pristine evidence of an ancient Roman villa that was discovered by scholars more than a century ago. 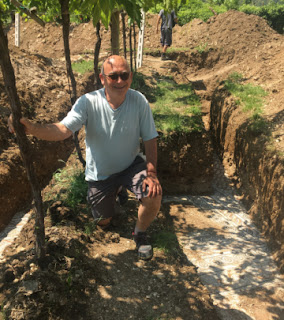 Images of the site are uncanny, with a deep, narrow trench exposing the ancient flooring under at least waist-high soil, adjacent to a vineyard on the outskirts of Negrar, which is north of Verona. According to CNN, the town will now work to restore the site and make the ancient ruin — thought to date to the third century A.D., according to the Guardian — viewable to the public, but the excavation is sure to be a lengthy and costly process.
“We believe a cultural site of this value deserves attention and should be enhanced,” Negrar di Valpolicella Mayor Roberto Grison told L’Arena, as translated by the Guardian. “For this reason, together with the superintendent and those in charge of agricultural funds, we will find a way to make this treasure enjoyable.”

All involved parties must be experiencing understandable pride in managing to uncover a connection to history that was hiding so far beneath the surface.