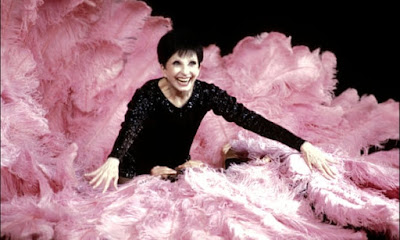 Zizi Jeanmaire, who has died aged 96, was a classical ballerina of distinction, and an actor, singer and chic star of the Paris music hall. Her best-known role was in one of the last century’s most famous ballets, Carmen, created by her husband, Roland Petit. Its premiere on 21 February 1949 at the Prince’s theatre in London was a sensation. Nothing as sensual as the duets that Petit created for the lovers had been seen on the London stage before.

Shortly before leaving Paris, Petit had taken Jeanmaire to Antoine, the leading hairdresser of the day, who chopped off her long curls. The resulting cropped cut was copied by thousands of women worldwide. The brief corset-like costumes that Antoni Clavé designed for Carmen emphasised Jeanmaire’s feminine physique, which contrasted with her boyish cut to unforgettable effect.

The longed-for only child of her parents, Renée Marcelle Jeanmaire was born in Paris. Her father, Marcel, was a businessman whom Zizi later described as the complete self-made man. Her mother, Olga (nee Brunus), gave her the nickname by which she would become generally known. “When I was little my mother called me ‘mon Jésus’ which transformed into ‘mon Zizi’,” Jeanmaire wrote in her autobiography.

Her first taste of the theatre was as a small child when her paternal grandfather took her to see Charles Gounod’s Roméo et Juliette. The experience enchanted her, especially the ballet sequence, and left her with a burning ambition to become part of that world. In November 1933, aged nine, she entered the ballet school of the Opéra de Paris, where she remained for seven years.

One of the customs of the school is that pupils ask a dancer in the company to become their “little mother” or “father” to guide them. Jeanmaire’s petite mère was Yvette Chauviré, later to become the greatest French ballerina of the 20th century, and she introduced Jeanmaire, then aged 15, to the teacher Boris Kniaseff with whom Jeanmaire worked regularly throughout her career.

Jeanmaire was accepted into the company in 1940 and continued to attend Kniaseff’s classes. She also took part in a few minor recitals, but at 18 she was bored and unhappy despite attracting favourable notice. Finally, having received what she considered to be an unjust mark in the annual examination for promotion, she handed in her notice and left with Chauviré’s blessing. Her departure was followed shortly after by that of her classmate, Petit, who had already begun to choreograph. Much to her delight, they danced together in some performances and he invited her to take part in an evening of his choreography.

After this success, and with financial help from his father, Petit founded the Ballets des Champs-Elysées. Jeanmaire was to have taken part in the company’s first programme, but due to disagreements with Boris Kochno, who was acting as artistic director, she left before the first night.

A new company, the Ballets de Monte Carlo, offered her a contract and she joined them in 1944, dancing in two ballets created for her by Serge Lifar in addition to other works from the standard classical repertory. Then followed a period with the De Basil’s Ballets Russes, but in 1948 she left that company, invited by Petit to join his new troupe, Les Ballets de Paris. She starred in one of the creations in the opening programme, but the hit of that evening was the ballet Les Demoiselles de la Nuit, created by Petit for Margot Fonteyn of whom he was greatly enamoured; a friendship that was to last until her death. “I suffered greatly at that time,” Jeanmaire remarked later.

In 1949, Carmen made stars of both Jeanmaire and Petit. The idea had come to Petit during a tour of Germany and initially he was undecided as to which of his ballerinas would dance the title role. Jeanmaire made it clear that the part was to be hers and, despite misgivings, Petit agreed. After the successful London premiere, the company departed for the US. For the trip to New York she purchased an entire wardrobe from Christian Dior, which, she later wrote, took her a year to pay for.

After Carmen’s run on Broadway and an extensive tour, the company returned to Paris. Jeanmaire was troubled by an injury that necessitated an operation and a two-month layoff. Petit at that time was planning a new ballet, La Croqueuse de Diamants, and for the lead was looking for a classically trained dancer who could also sing. Jeanmaire profited from her enforced leisure to work secretly on her singing voice and, when she performed the principal number before an astonished Petit, the role was hers.
This took her career in a new direction. The recording of the ballet’s title song, with words by the poet Jacques Prévert, won her the Grand Prix du Disque. The company returned to the US for a second season where she was astonished to discover that women everywhere had imitated her haircut. She was introduced to the film tycoon Howard Hughes, then the owner of RKO Pictures, with whom she enjoyed a close but platonic friendship.

Although life in Hollywood had its charms, she claimed to have been bored. After several projects came to nothing, she eventually starred in Hans Christian Andersen (1952), alongside Danny Kaye and Farley Granger, then flew back to Paris.

A falling-out with Petit meant that she left the Ballets de Paris and returned to the US to star on Broadway in a musical, The Girl in Pink Tights, in 1954. She and Petit made up their differences and were married in the same year. Their only child, Valentine, was born a year later. Jeanmaire continued to dance for Petit’s company, but also appeared in operetta and as a straight actor. She made several films, including Anything Goes (1956) with Bing Crosby and Donald O’Connor.

Her debut in the particularly Parisian form of revue came in 1961 at the Alhambra theatre when for the first time she performed the song Mon Truc en Plumes, dressed by Yves Saint Laurent – who was to become her chosen designer both on and offstage and a close personal friend – and accompanied by 12 young men carrying huge pink feather fans. This number – changed, enlarged and elaborated – was to become her signature tune and appeared in the many revues created around her by Petit, who calculated that she had descended the steps of the Casino de Paris 1,460 times.

She returned to the Opéra in 1975 to dance the lead in Petit’s ballet La Symphonie Fantastique, but shortly into the run she sustained an injury that threatened to put an end to her dancing. Petit tried to console her, pointing out that she had established a successful career as an actor and singer. “No,” she replied, “I’m a dancer. If I can’t dance, I can’t do anything.”

She made a full recovery, appeared in a further revue in 1977 and was on stage in her pointe shoes as the heroine of Petit’s ballet La Chauve-Souris in 1979.

By this time the couple had moved to Marseille, where Petit was directing the local ballet company. He continued to devise spectacles for his wife and she also made television appearances and recordings. But in 1998 Petit left the Ballets de Marseilles, as the result of a dispute, and the couple sold their property in the city and moved to Geneva.

Petit died in 2011. Jeanmaire is survived by their daughter.