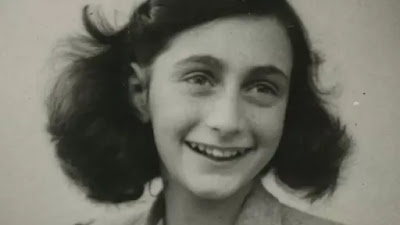 Anne Frank's diary, written in hiding from the Nazis, is widely read more than 70 years after her death

A book that claimed to have solved the question of who betrayed Anne Frank has been recalled by its Dutch publisher after its findings were discredited.

The book's investigating team suggested a Jewish man called Arnold van den Bergh was responsible for her and her family's arrests during World War Two.

But since it was published in January, the work has been widely criticised.

Now a new report by a team of World War Two experts and historians has said its research does not stand up to scrutiny.

Anne Frank was a Jewish girl who wrote a diary about her two years in hiding before she died in a Nazi concentration camp in 1945.

The book - called The Betrayal of Anne Frank: A Cold Case Investigation - said Jewish notary Van den Bergh had probably given up the Franks' hiding location to save his own family.

Its investigating team, led by a retired FBI investigator, spent six years to try to crack the cold case.

But the book, by Canadian author Rosemary Sullivan, prompted a backlash from Jewish groups and historians. The European Jewish Congress urged publisher HarperCollins to pull its English language edition, saying it had tarnished Anne Frank's memory and the dignity of Holocaust survivors.

The new report into the book contradicted its findings, calling its work "amateurish".

"There is not any serious evidence for this grave accusation," the experts found

In response, Dutch publishing house Ambo Anthos said the book would no longer be available and asked bookshops to return their stocks.

The publisher offered its "sincere apologies" to those offended by the book's content, while the granddaughter of Van den Bergh has called on HarperCollins to drop the English-language edition.

"With this story, you are exploiting the story of Anne Frank, you are falsifying history and you are contributing to great injustice," she said.

The book's investigating team has previously stood by their research, saying they never claimed to have uncovered the complete truth.