A CONDUCTOR WHO KNOWS HIS WAY AROUND A SCORE, AND A FARM . SANTTU-MATIAS ROUVALI, A CONTENDER FOR THE PODIUM AT THE NEW YORK PHILHARMONIC, SPENDS AS MUCH FREE TIME AS POSSIBLE AT HOME IN RURAL FINLAND.

YLÖJÄRVI, Finland — “Here I grow peas,” the conductor Santtu-Matias Rouvali said, gesturing to a plot of land the size of a small room. “Why? I just love fresh peas.” 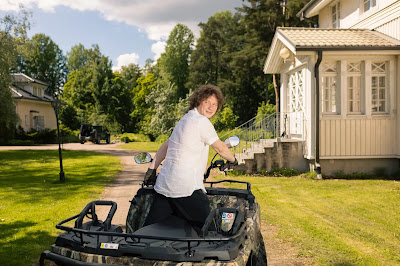 That pea garden is a blip in the scale of Rouvali’s property here — a farm, dating back to the 16th century, on over 34 acres. It is among this place’s wildflowers, evergreens and moss-covered rocks that he feels most at ease, especially compared with where he’s more often seen: inside the world’s major concert halls, whether at the podium of his Philharmonia Orchestra in London or as a guest with ensembles like the New York Philharmonic, where he is a contender to become the next music director.

“I was never someone who wants to be famous,” said Rouvali, 36. “But of course, with this profession it comes automatically.”

Rouvali has structured his life so that he can spend as many weekends as possible on his farm, about 20 minutes outside Tampere, in the southwest of Finland. One morning this month, he was at the start of a welcome break between the Philharmonia’s performances not far away in Mikkeli and another to come in early August at the Edinburgh International Festival.

He and his wife, Elina, live in the property’s main house but make use of all the surrounding buildings. They include a sauna, a guesthouse with music and pole-dancing studios, and a garage with a room for Rouvali to slaughter and skin the game he hunts, like ducks and deer. He fishes in the nearby lake, where he was having a beach built (along with a waterfront sauna). They eat everything he kills and fill the table with dishes made from other local ingredients, such as foraged chanterelles or new potatoes from a neighbor.

“I need this,” Rouvali said, “to kind of rest and have a mental break and not really think about music.” 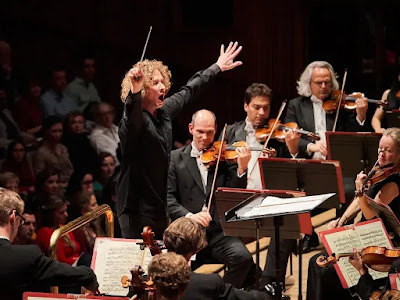 When he is at work, Rouvali has developed a reputation as a lively conductor, one who revels in experimentation and fluid interpretations, and who has a gift — befitting his background as a percussionist — for internal rhythms and harmonies. When he returns to the Philharmonic next season, for his third engagement there, it will be with a precious two weeks of the season’s real estate, in varied programs that include repertory mainstays and local premieres by Anna Thorvaldsdottir and Magnus Lindberg…………..