English National Ballet star Tamara Rojo is to leave the company after a decade as its artistic director and lead principal dancer.

Rojo will step down later this year to take up the role of artistic director at the San Francisco Ballet. 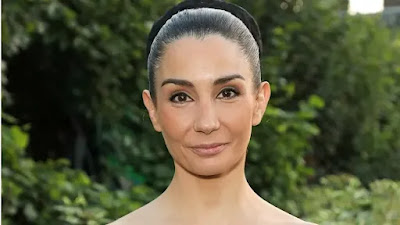 She was prima ballerina at the Royal Ballet before re-joining the English National Ballet in 2012, having danced there earlier in her career.

In a statement, Rojo said she was "incredibly proud" of her time there.

"It has been an honour to have led this extraordinary company for the last 10 years," she added.

"My admiration and support do not end here, I will remain invested in English National Ballet's continued success in the years to come."

Her best-known roles at the ENB include the title role in Akram Khan's reimagining of Giselle.

She also oversaw the company as it moved into the Mulryan Centre for Dance, a purpose-built, state-of-the-art new home in east London in 2019.

During her tenure, she included more than 40 works choreographed by women across ENB's programming.

Later this month, Rojo will make her choreographic and directorial debut with Raymonda, her first full-length ballet, which the ENB will perform at the London Coliseum.

The ENB said it will appoint an artistic advisory panel to support the board in the search for a new artistic director.

"After 10 years at the helm, the legacy that Tamara leaves will be long lasting and it is hoped that in her new position in San Francisco she will have the opportunity to capitalise on past achievements and build a bridge between these two great ballet companies for joint endeavours to our mutual benefit.

"I speak on behalf of us all at the English National Ballet when I offer my sincere thanks and wish Tamara every success in the future."