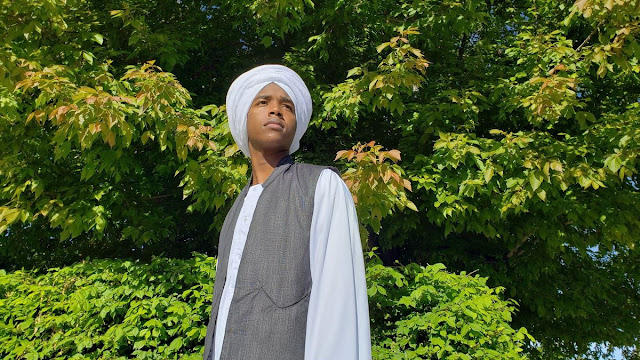 Hatim Eujayl, the creator of the digital Nubian typeface.

At the beginning of the 20th century, the German coptologist Karl Schmidt bought two manuscripts from an antiquarian in Cairo, believing they contained Coptic texts from Upper Egypt. Upon closer inspection, however, Schmidt realized that, in reality, it was another, peculiar, language. And after deciphering two key words, which referred to King Herod, he was able to confirm that in his hands he had a text written in a Nubian form, a success that many consider today the rediscovery of the language.

Known as Old Nubian, it is one of the two vernacular languages ​​of the land of the Nubians, an indigenous people of the region that currently encompasses northern Sudan and southern Egypt. The language appeared around the 8th century, which makes it a written language older than Spanish and one of the oldest in Africa, but it was stopped writing towards the end of the 15th because of the disintegration of the kingdom that had it. as an official language and the substitution of Christianity for Islam, explains Vincent WJ Van Gerven Oei, an ancient Nubian philologist and expert. Since then, Nubian has remained – permanently threatened – as an oral language, and its speakers have had to turn to the Arabic or Latin alphabets to write it. Many still believe that it has always been this way.

It was in the wake of the rediscovery of Old Nubian, and especially when knowledge of the language began to spread more widely among Nubian communities in the 1990s, that some influential isolated initiatives by activists to revive it emerged, laying the foundations for modern nubian spelling. 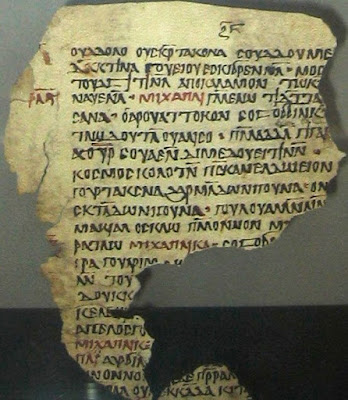 Fragment of an ancient Nubian manuscript from the 9th or 10th century, from Qasr Ibrahim (Egypt) and which currently rests in the British Museum.

Now three young Sudanese of Nubian descent, in collaboration with an independent London publisher, Taras Press, are trying to give a new impetus to those initial efforts to revive the Nubian alphabet with the publication of one of the first children’s books in Nubian written in their alphabet. To achieve this, one of them, Hatim Eujayl, has developed what is believed to be the first Nubian digital typeface, and they are trying to reach a consensus with key community figures on how to encode the spelling. A not simple company after 500 years in white. “The reason so many Nubians want to write in Nubian script is that it is a way of reclaiming their identity and history,” Eujayl slides.

Eujayl points out that one of the main challenges of rewriting in Nubian is technical. In this sense, note that the digital support is really poor, since computers do not have a Nubian keyboard and phones depend on applications or the Coptic keyboard. “This is one of the reasons I was quick to develop,” he explains.

“Eujayl’s effort is enormously significant. The existing Nubian typefaces are all based on Coptic script, ”notes Van Gerven Oei. Eujayl’s typeface is the first based on the form that we find in medieval manuscripts. It is also the first produced by someone of Nubian origin. And it’s a nice typeface, ”he adds. 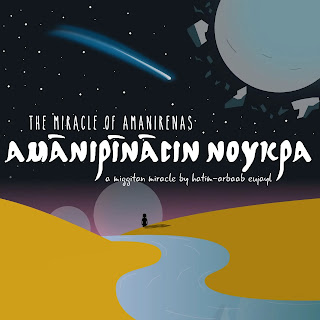 Cover of the novel in Nubian ‘The Miracle of Amaniremas’, by Hatim Eujayl.
The second big problem is how to write it, since, after five centuries being an oral language, those who write Nubian today do not use a reconciled, coherent and consistent spelling. Here lies the main rift between those who believe that phonetic assimilations have to be written down and those who don’t. “Some say: ‘Write as you speak’, and others say no, that there are too many assimilation patterns,” notes Eujayl. The debate is complicated because there are different Nubian languages, ways of pronouncing according to the area and there has never been an institution to standardize their use, adds the founder of Taras Press, Joel Mitchell.

“What we want to do is bring key players together and say that we are trying to get books on paper, so let’s agree, for the sake of the next generation, so they can really learn,” Mitchell emphasizes. “Because if everyone tells you different ways to write, it’s going to be confusing.”