CAN MUSEUMS USE THEIR ENDOWMENTS TO SUPPORT THE GREATER GOOD?

A report released by Upstart Co-Lab outlines how institutions can align their investments with their missions. 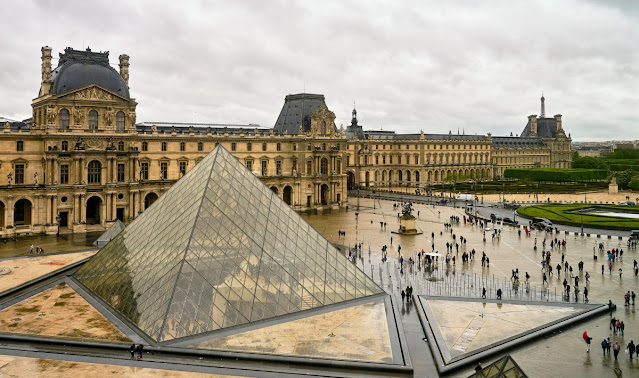 The Louvre Museum in Paris. (photo by Pedro Szekely via Flickr)

Since 2018, the Louvre Museum in Paris has allocated five percent of its €250 million (~$301 million) endowment to socially-responsible investments, including artisan and traditional craft, cultural tourism, and cultural heritage. It’s one example of how an institution with a sizable endowment — a pool of money whose principal is reinvested to yield an income — can grow its own assets while benefiting the greater good.

In financial parlance, the practice is known as “impact investing”: making investments to generate positive social or environmental change, in addition to financial returns. And while some institutions like the Louvre are already doing so, a new guide released by Upstart Co-Lab, a think tank of Rockefeller Philanthropy Advisors, argues that impact investing could be much more widespread in the US, where museums hold more than $40 billion in their combined endowments.

The appeal of impact investment comes as museums grapple with increased scrutiny into their funding sources. Recent incidents, such as the resignation of former tear gas manufacturer Warren Kanders from the Whitney Museum’s board, have shone a light on the tension between institutions’ progressive-leaning programming and exhibitions and the origins of their patrons’ wealth. The Metropolitan Museum of Art and the American Museum of Natural History have vowed to suspend accepting gifts from members of the Sackler family because of their ties to Purdue Pharma, the pharmaceutical company that helped create the opioid epidemic.

Through “negative screening,” institutions can exclude companies for potential investment that are not aligned with an institution’s values or show deficiencies in their environmental, social, and governance practices. Instead, the report suggests, they could opt to invest in businesses like ethical fashion or sustainable food, or even real estate projects that are affordable and target the creative economy, like artist studios.

For example, the Souls Grown Deep Foundation in Atlanta, which holds the largest collection of works by African American artists from the Southeast, invests in a socially responsible fintech fund that provides access to capital for women and BIPOC entrepreneurs. Last year, the foundation adopted a 100% for-impact investing policy.

The report notes that only 2.7% of venture capital goes to women founders, and just 2.4% to Black and Latinx founders. As demands for racial justice grow louder across the country and museums boast ambitious Diversity, Equity, and Inclusion (DEI) platforms, impact investing may be one way to put their money where their mouth is, so to speak.

The subject of museum endowments has been a sensitive one since the start of the pandemic. As major institutions such as the Guggenheim in New York City slashed staff in an effort to balance the financial losses of virus-related shutdowns, many wondered why museums could not instead dip into endowments to keep workers employed, some in the hundreds of millions. The Museum of Modern Art, with an endowment of over $1 billion, terminated all freelance educator contracts, prompting outrage in a sector of the industry already worn down by precarious employment and low wages.

In a counterexample, the Los Angeles Philharmonic announced in May that it would draw $20.6 million from its endowment to help close an $80 million budget gap.

The reasons why an institution may choose not to touch its endowment principal are myriad, but they often boil down to one inherent paradox: endowment funds are primarily made to be invested, not spent. The donors who contribute to these funds largely control how they are invested and when they can be drawn on for operational purposes, as do state restrictions.

“There are regulations that govern spending from endowments: the Uniform Prudent Management of Institutional Funds Act requires investing and spending at a rate that will preserve the purchasing power of the principal over the long term,” Laura Callanan, Founding Partner of Upstart, told Hyperallergic.

Patrons’ focus on financial growth often contributes to their hesitation around impact investing. When conversations around aligning its endowment portfolio with its mission begun in 2014 at the Brooklyn Museum, some board members expressed concern.

“While the idea of impact investing made sense in theory, we knew it would take some time for those historically focused primarily on financial returns to come on side,” said David Berliner, President and COO of the Brooklyn Museum, according to Upstart Co-Lab’s report. The board, it notes, has since “committed to a deeper exploration.”

Upstart Co-Lab aims to dispel the myth that more socially-conscious investments translate to an economic sacrifice; in fact, they can be lucrative. Since the California Institute of the Arts (CalArts) committed to divesting from fossil fuels in 2015, it reports investment gains of $700,000 from 2016 to 2020.

Some case studies cited by Upstart Co-Lab’s report merit further analysis. Part of CalArts’s shift toward environmentally conscious investments included reinvesting in an ex-Fossil Fuel Fund developed by BlackRock, the world’s largest asset manager. But although BlackRock may be committed to climate sustainability, the company is the second-largest investor in two major private prison companies. Competing social interests — in this case, the prospect of a greener future versus prison profiteering — may pose complex ethical conundrums for institutions.

Still, impact investing may be a start to holding museums accountable. As activists rightly question the presence of certain individuals on boards and denounce dubious sponsorships, it is a timely moment to apply the same criteria to a museum’s investments. “Should the endowments of America’s greatest cultural institutions be invested in opioids, weapons, fossil fuels and activities inconsistent with organizational mission and values?” asks Upstart Co-Lab. The report’s takeaway is a resounding “no.”