3/12/2020, AN INTERVIEW FROM BERLIN WITH AVI AVITAL, HIS MOST RECENT CD "ART OF THE MANDOLIN " AND MUCH MORE (English/Spanish translation) 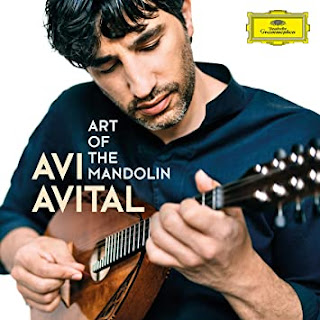 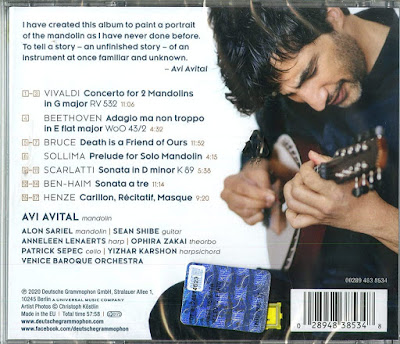 ‘Art of the Mandolin’ is a celebration of the mandolin and its diverse repertoire, offering a guided tour of the instrument’s rich history and a star performer’s personal selection of some of its greatest compositions. However, as Avi Avital comments: “This is not an introduction to the mandolin. It’s the essence of the mandolin.”

It is the first time Avital has made an album where the entire repertoire was originally written for the mandolin. He was joined for the recording by the Venice Baroque Orchestra, harpist Anneleen Lenaerts, guitarist Sean Shibe, harpsichordist Yizhar Karshon and theorbo player Ophira Zakai.

‘Art of the Mandolin’ marks a major milestone in the history of the instrument and its repertoire. It also underlines the contribution made by a remarkable musician to broadening the mandolin’s appeal. “When I started playing classical repertoire in concert halls almost twenty years ago, my instrument was a curiosity,” Avi Avital recalls. “To include it in important concert programmes, the case had to be made time and again that the mandolin deserves an audience.” Having now played in almost every major concert hall and with many of the world’s leading orchestras, Avital has made the mandolin an integral part of the classical scene.