A FATAL THING HAPPENED ON THE WAY TO THE FORUM MURDER IN ANCIENT ROME. EMMA SOUTHON 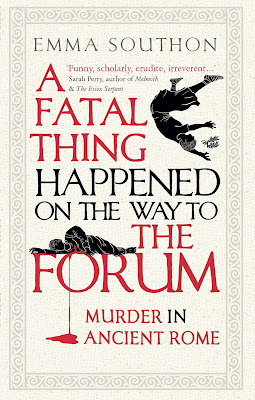 CSI: Ancient Rome - what can everyday killings tell us about the Empire and its people?

In Ancient Rome all the best stories have one thing in common - murder. Romulus killed Remus to found the city; Caesar was assassinated to save the Republic. Caligula was butchered in the theatre, Claudius was poisoned at dinner and Galba was beheaded in the forum. In one fifty-year period, twenty-six emperors were murdered.

But what did killing mean in a city where gladiators fought to the death to sate a crowd? Emma Southon examines real-life homicides from Roman history to explore how perpetrator, victim and the act itself were regarded by ordinary people. Inside Ancient Rome's unique culture of crime and punishment, we see how the Romans viewed life, death, and what it means to be human.

Emma Southon is a Bookshop Manager at Waterstones and the author of Agrippina: Empress, Exile, Hustler, Whore, a Best Book of the Year for the New Statesman. Armed with a PhD in Ancient History, she also co-hosts the History is Sexy podcast. She lives in Belfast, with her cat Livia, and tweets @NuclearTeeth. www.emmasouthon.com

‘Southon brings some great and little-known murder stories to light, revelling in the bizarre and the macabre.'

'Blood, guts, murder, emperors and a sprinkling of uplifting Latin. A wonderful book on the Roman way of death. Mirabile dictu!'

- Harry Mount, author of Carpe Diem and Amo Amas Amat... and All That

‘Her lively and intermittently potty-mouthed biography of Nero's remarkable mother contains fascinating vignettes of Roman life (what to expect on your wedding day) and explores why Roman authors wrote about women in the way that they did.'

- New Statesman, Best Books of the Year, on Agrippina

‘I love this funny, scholarly, erudite, irreverent book; Emma Southon wears her learning lightly but we never for a moment doubt her authority, and the past arrives with total immediacy from the first page. Reading it is like seeing a classical statue not remote and austere on a pedestal, but painted in all its original bright colours.'

- Sarah Perry, author of Melmoth and The Essex Serpent 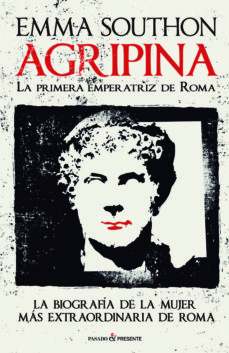