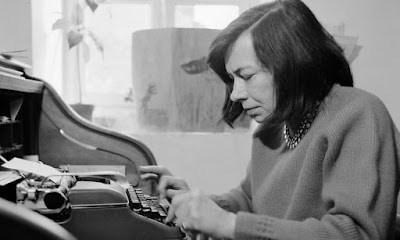 Forbidden desires, strange obsessions and a singular talent for suspense... Carmen Maria Machado on the dark allure of the writer behind Ripley

There has always been something fundamentally difficult about Patricia Highsmith. And not difficult in the way that most people mean it: ironic, quirky, feminist (“Well-behaved women rarely make history”, and so on). I mean truly, legitimately difficult; a well of darkness with no discernible bottom.

Which is not to say that she wasn’t, in her own way, endearing. She was, after all, a genius, a bona fide eccentric. She loved animals, particularly snails, which she kept by the hundred as pets and took to parties clinging to a leaf of lettuce in her handbag. Writer and critic Terry Castle describes how she once “smuggled her cherished pet snails through French customs by hiding six or eight of them under each bosom”. She was famous for her wit and wicked sense of humour, and she wrote compellingly of loneliness and empathetically about disempowered housewives and children.

And yet she was a hateful person. She was shockingly, unrepentantly racist and antisemitic, even with respect to the era in which she lived. She believed gay people were essentially unfaithful and promiscuous and incapable of true sexual passion; she had a nasty habit of murdering versions of her ex-lovers in her fiction; she believed menstruating women should not be permitted in libraries. This mix of misogyny and homophobia coming from a gay woman might seem surprising; the truth was, while she didn’t like other people, she didn’t much like herself, either.

The Price of Salt (later reissued as Carol) – the lesbian love story Highsmith published under the pen name Claire Morgan in 1952 – is curiously absent of these pessimisms. There are no violent crimes, no sociopathic protagonists. Even though her reasons for distancing herself via a pseudonym have nothing to do with this fact – she had a career to worry about, and she didn’t want to be “labelled a lesbian-book writer” – it feels correct that she might also not want herself associated with such a fundamentally optimistic book. Because it was the opposite – violence, torment, obsession, all bubbling beneath a cool veneer – that was the signature of her fiction.

Here, now, at the centenary of her birth – her canonisation cemented, her complete collected diaries on the verge of publication – readers grapple with this darkness. What does it mean to love the work of an author Castle describes as the “doyenne of the psychological suspense novel, depressive homosexual, mean drunk, and one of the greatest, darkest American storytellers since Poe?” Perhaps they recognise that you don’t come to Patricia Highsmith for goodness or light or comfort. You come to her for uncanny observations about human depravity; you come to her because you’ve forgotten the sour taste of fear.

Highsmith is probably best known for her novels The Talented Mr Ripley and Strangers on a Train. And yet short stories, which she was writing at the age of 15, were her foundation as well as her bread and butter. At the time of her death, she had published no fewer than seven collections, and there was ample material for a volume of uncollected stories to be published posthumously. “Short stories are absolutely essential to me, like poetry: I write a lot of both,” she told one interviewer. “Only a fraction of the stories I have written ever appeared in print.” (This prodigious output is at least partially a result of her surfeit of ideas, which occurred to her, she said, “as frequently as rats have orgasms”.)

In his introduction to her collection Eleven, Graham Greene talks about the way in which Highsmith adapts to the short story: “She is after the quick kill rather than the slow encirclement of the reader, and how admirably and with what field-craft she hunts us down.” In her prickly, misanthropic stories, her obsession with obsession is on display, big feelings and bad habits redirected to gruesome ends.

Sometimes it plays out with her telltale violence. In “The Button”, a father’s disappointment in his life boils over into murder; in “The Snail-Watcher”, her beloved pets become an instrument of body horror and monstrosity. And elsewhere – as with the protagonists of “Not This Life, Maybe the Next” and “The Romantic” – her characters are besieged by a quiet misery; they have to learn to accept, if not prefer, their own company. (Even Highsmith’s love of the third person seems tinged by self-loathing. “I have bogged down twice in first-person-singular books, so emphatically that I abandoned any idea of writing the books,” she wrote in Plotting and Writing Suspense Fiction. “I don’t know what was the matter, except that I got sick and tired of writing the pronoun ‘I’, and I was plagued with an idiotic feeling that the person telling the story was sitting at a desk writing it. Fatal!”)

Rereading Highsmith’s work, I was struck by how much she reminded me of Shirley Jackson. Both wrote in a clean and economical style that often gave way to breathtaking flourishes; both wrote in genres (suspense, horror) in which their gender was a liability. Both wrote characters liberated by the deaths of their difficult mothers; both had cartoonishly challenging relationships with the same. (Having attempted to abort Patricia by drinking turpentine, Mary Highsmith would joke that her daughter loved the smell. She was “demanding, seductive, [and] catastrophically unloving,” according to Castle.) Loneliness was a shared theme; menace, claustrophobia.

But Jackson’s protagonists were predominantly women; Highsmith, on the other hand, preferred the voices of men. With Jackson, you get the sense that she is twitching the curtain for you, the reader, allowing you to see something she can see. With Highsmith, there is a distinct feeling of being chased toward something near and terrible, and not being able to look anywhere but where she wants you to look.

In the last few years, the unbearable nearness of sex and death has blossomed into its own queer meme: “I would let Rachel Weisz run me over with a car.” “I want Sandra Oh to throw me off a building.” “Please, Cate Blanchett, step on my throat.” Jia Tolentino calls this “desiring a sensation strong enough to silence itself”, and with Highsmith this challenge is more literal than most. To read her is to access her desires, her darkness, her difficulties; her loneliness and self-loathing and terrible mother and love of snails.

It feels good to be hunted. If you read the genres of suspense – crime and mystery and horror in its many iterations – you know the sensation of allowing a master of her craft to pursue you through a maze; the tingly energy of the chase, the eroticism of encountering the end of the line. “Murder,” Highsmith wrote in her diary in 1950, “is a kind of making love, a kind of possessing.”

When you read one of Highsmith’s stories, you’ve given her permission to follow you, catch you, take you apart. Get ready to run.