Far from essential but occasionally fascinating, this seven-episode series is an extended conversation that only sometimes demands your full attention. 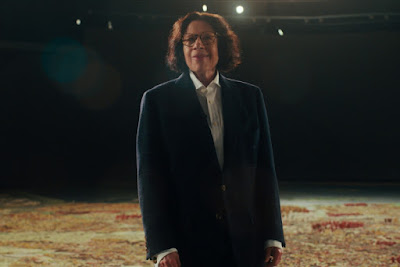 One of the gentle touches of “Pretend It’s a City” is that there are usually other people in the room where Fran Lebowitz and Martin Scorsese are chatting. Not just the crew members who worked on the Netflix doc series to record the conversation between two of New York City’s highest profile ambassadors, but — as shown when the camera pulls back at the beginning and end of a few episodes — a handful of other patrons standing by the bar or setting up shots at a nearby pool table.

That’s the “slice of New York life” element of “Pretend It’s a City” that gives this seven-episode season its best moments. Stitching together clips from public talks and b-roll of Lebowitz making her way across the streets of Manhattan, a majority of the series is centered in talks from opposite ends of a table. It’s the most elegant form of old friend catch-up, a smattering of remembrances and a chance to revel in a handful of common gripes.

It’s also something of a reunion for the team behind Scorsese’s 2010 documentary “Public Speaking,” one that includes DP Ellen Kuras and executive producer Ted Griffin. This project reuses some footage from that feature and follows the same approach of occasionally seesawing between Lebowitz’s anecdotes and film clips. (Where “Public Speaking” used a clip of a crooning Serge Gainsbourg, “Pretend It’s a City” eventually intercuts a scene from a film that stars his daughter Charlotte.) Scorsese also drops in excerpts from public events that swap in Alec Baldwin, Spike Lee, and Olivia Wilde as moderators instead of him.

Largely, Scorsese forgoes trying to introduce Lebowitz to the uninitiated. Anyone not familiar with her work will get accustomed to her as the kind of cultural observer who paying audiences in New York will gladly sit and listen to for hours. It’s a far easier sell in the early episodes, ones that weave in a heavy dose of Lebowitz’s experiences in the New York of decades past. She’s just as comfortable dropping tales of nights out with jazz and theater legends as she is explaining why she used to travel around the city sans shoes.

Couple that spirit with her wandering around the famous Queens Museum of Art New York City scale model and “Pretend It’s a City” initially feels like a vibrant journey, one woman’s retrospective view of the iconic people and places who shaped her feelings for the place where she resides.

But that spirit stalls. Admittedly, part of Lebowitz’s appeal as a professional funny person is a certain kind of self-centered bewilderment. In the segments from public Q&As interspersed between those restaurant sessions, most of the questions are from audience members eager to get Lebowitz’s opinions on emerging trends and how they affect her. She seems to thrive on questions that feature the word “you,” even if those answers sometimes come with an air of faux exasperation.

So what often comes through is the kind of chuckling misanthropy that works best as spice for a monologue or an aside in the overall rhythms of a feature film, in service of complementing the scope of a career in public life. But when some of these “Pretend It’s a City” episodes are largely built around how far removed she feels from the experiences of her fellow New Yorkers (whether by choice or by circumstance), you start to wonder if this length and this format really is optimal for this project.

Lebowitz is the one with the lion’s share of the screen time, but Scorsese surely has his share of ownership in this series too. Lebowitz fires off a one-liner about the modern tragedy of applause at an art auction, but not before Scorsese drops in footage from a Picasso buying frenzy at Christie’s (complete with the roaring sounds of Alfred Newman’s score for “The Robe” underneath, naturally). These cutaways are part of what you’d imagine the natural give-and-take of a casual conversation with Scorsese would be like: steer the conversation toward parties or architecture or the Cold War or airplane travel or the New York Stock Exchange and he, ever the cinematic sommelier, probably always has a movie to pair with it.

Spontaneity does a lot to break up the more tedious parts of the series. One memorable excursion outside the walls of the restaurant takes them to the stacks of the New York Public Library. The conversation that stems from reacting to what’s on the shelves is far more illustrative of what has made Lebowitz a figure that people find fascinating, rather than the obligatory box-checking conversations covering how she feels about her apartment or riding in cabs. The bon mots that end up sticking are almost always the ones prompted by her experiences, not those that come from extraneous opinions.

Though I suppose those hits and misses are baked into the series itself. One person may find a story about a bear encounter just as funny as someone else regards her opining about iPads. Scorsese is presumably presenting the parts of Lebowitz that he finds most fascinating. Particularly when viewed in close proximity, it’s easy to see where the footage is recycled and where the documentary frills surrounding her just aren’t as interesting to him. Without necessarily making the case for why we should be paying attention (apart from those segments that argue for her as a kind of oracle of New York’s past), this is Scorsese’s version of forwarding you an email with a link and insisting that, trust him, you just gotta read it. When viewed in full, this can’t help but feel more of a curio than a passion project for either of its main contributors.

Still, those who share either of this pair’s love for the city or their views on its gradual evolution will likely enjoy the opportunity for time spent in their virtual company. As Lebowitz herself argues, “You can only understand your contemporaries.” For better and worse, “Pretend It’s a City” proves her right.