ARSÈNE LUPIN, A MODERN UPDATE TO THE “GENTLEMAN THIEF” GENRE 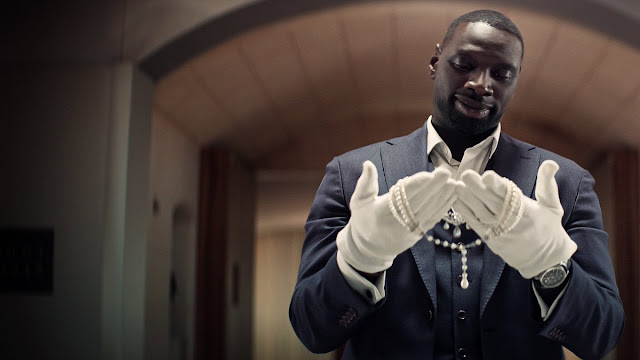 Pop culture loves cycling through endless reiterations of classic characters like Sherlock Holmes, but one recent update of an old literary figure stands out from the rest. The French TV series Lupin is a contemporary spin on Arsène Lupin, Maurice Leblanc’s early 20th century creation which essentially set the template for the “gentleman thief” archetype. Each episode perfectly provides an intriguing setup followed by a delightful series of twists. The thrill of these stories is always when they reveal how even we the viewers have been fooled by the charming rogue, and Lupin‘s buildups and payoffs are a continual delight. (The first episode climaxes with the indelible image of a sports car stuck at the bottom of the Louvre’s inverted glass pyramid.)

The tremendously charismatic Omar Sy has finally found a fitting star vehicle after years of thankless roles since his breakout hit The Intouchables. He plays Assane Diop, a master of deception who was inspired to become a thief by the Lupin stories as a youth. The series follows the various schemes he concocts as part of his mission to figure out who framed his father for the theft of a valuable necklace decades before. This has been a consistent bright spot at the beginning of my year, and any other crime show lovers should absolutely seek it out.

The first five episodes of Lupin are now available on Netflix.