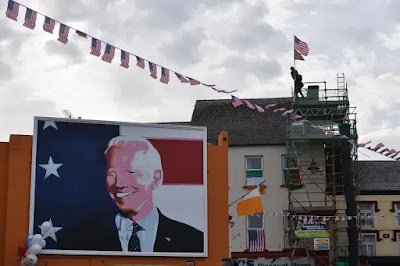 Joe Biden has won the 2020 presidential election. He will be the 46th president of the United States. And — counting the votes of people — it won’t be close. If current trends hold, Biden will see a larger popular vote margin than Hillary Clinton in 2016, Barack Obama in 2012, or George W. Bush in 2004.

Commentary over the past few days has focused on the man he beat, and the incompetent coup being attempted in plain sight. But here I want to focus on Biden, who is one of the more misunderstood figures in American politics — including, at times, by me.

Part of the difficulty of understand Biden is, ironically, the length of his time in office. He has been in national politics for almost five decades. So people tend to fixate on the era of Joe Biden they encountered first — the young widower, the brash up-and-comer, the centrist Senate dealmaker, the overconfident foreign policy hand, the meme-able vice president, the grieving father. But Biden, more so than most politicians, changes. And it’s how he changes, and why, that’s key to understanding his campaign, and his likely presidency.

Evan Osnos is a staff writer at the New Yorker and the author of Joe Biden: The Life, the Run, and What Matters Now, a sharp biography of the next president. In this podcast, Osnos and I discuss:

What the Senate taught Biden

Biden’s ideological flexibility, and the theory of politics that drives it

The way Biden views disagreement, and why that’s so central to his understanding of politics