Burckhardt was never surreptitious; he did not hide his camera, and his subjects often knew they were being photographed. 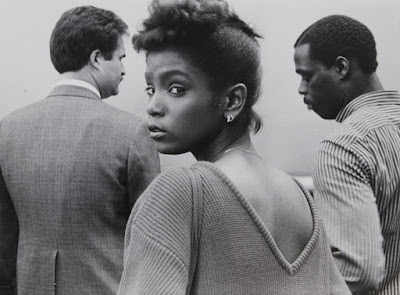 In a world where an artist is either a professional or an outsider, it is useful to consider these words by Rudy Burckhardt:

I am enough of an amateur existentialist and Buddhist to believe that we actually just mess around because we’re alive and awake — working, playing, scheming, falling apart, getting it together again, but never in control.

Burckhardt’s statement, which is cited in the press release for the exhibition Rudy Burckhardt: New York Hello! Photographs and Films from the 1970s and 1980s at Tibor de Nagy (December 11, 2020 – January 23, 2021), emphasizes his love for “mess[ing] around” rather than pursuing financial recompense in an industry where auction prices are often used to measure one’s accomplishments.

It is worth noting that the exhibition’s 25 black-and-white photographs were taken on the streets of New York between 1975 and ’86 by a diminutive man who had joined the “over 60” club in 1974. More importantly, they were taken after a hiatus of more than a decade, during which time Burckhardt became a father (1964), taught painting and filmmaking at the University of Pennsylvania (1967–75), and photographed artworks for various galleries, including Leo Castelli.

When Burckhardt returned to photography, he had already created an important body of work that included three collaborations with the poet and dance critic Edwin Denby and the photo albums New York, N. Why? (1940), An Afternoon in Astoria (1940), and A Walk Through Astoria and Other Places in Queens (1943), which I have previously written about. In addition to these albums, he took many iconic photographs of New York’s buildings, pedestrians, and artists between 1935 and 1960, as well as made many films. It is for these early works that he is best known.

Burckhardt was never surreptitious when he was working; he did not hide his camera, and his subjects often knew they were being photographed. In one image, “New York Subway (seated man with crossed arms)” (gelatin-silver print, 9 3/8 x 7 inches, ca. 1985), a man in a suit and tie seated opposite Burckhardt stares disapprovingly, his arms folded across his chest. To his right, a standing young woman is leaning against the partition separating the seats from the subway door, looking in the opposite direction. Their negative and aloof reactions are the exception, rather than the rule — and that is unexpected………….